The Weird World of Cyborg Animals Is Here 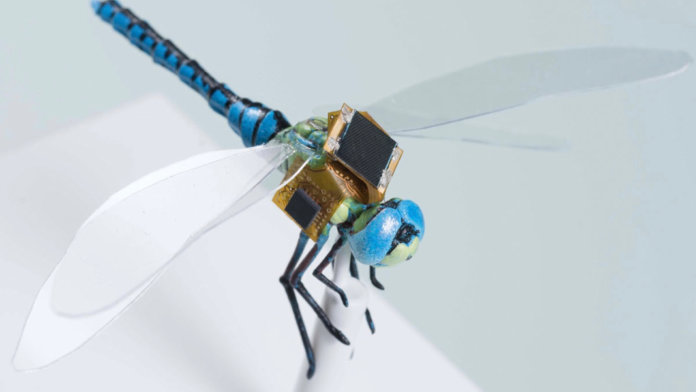 Roboticists frequently turn to nature for inspiration for their inventions, reverse engineering the traits that evolution has developed over millennia. Others are taking a shortcut by simply integrating modern technology with living animals.

The idea may seem crazy, but animals and machines are not so different. Just as a network of wires carry electrical signals between a robot’s sensors, processing units and motors, the flow of action potentials around our nervous system connects our sensory organs, brain and muscles.

But while there are similarities, the natural world has come up with some intricate solutions to problems that engineers are nowhere near replicating in silicon. That has prompted some scientists to try and piggyback on evolution’s innovations by building part-animal, part-machine cyborgs. Here’s a rundown of some of the most eye-catching examples.

In January, R&D company Draper and the Howard Hughes Medical Institute announced a partnership aimed at turning dragon flies into miniature drones. They are relying on an approach called optogenetics, whereby the animal is genetically modified so that certain neurons feature light-sensitive ion channels.

This allows these neurons to be controlled by pulses of light, which is far more targeted than using electrical stimulus. The researchers are also developing a tiny backpack light enough for the dragonflies to carry that contains all of the necessary control electronics, as well as integrated guidance and navigation systems that could make the dragonfly-drones fully autonomous. They hope these flying cyborgs could one day carry small payloads, conduct surveillance and aid in research.

Compact chemical detectors able to detect trace elements of a substance continue to elude engineers, which is why we still rely on dogs to sniff out things like drugs, bombs and disaster victims. But man’s best friend may soon face some stiff competition from moth-controlled robotic cars.

In the study, moths controlled their vehicles by moving their feet over what is effectively an upside-down computer mouse trackball. When the moths detected the scent of female moth sex pheromones they attempted to walk towards the source, and the robotic cars were able to accurately replicate their intended route. The researchers say in the future they should be able to genetically engineer the moth pilots to seek out other odors, such as those of explosives or drugs.

There have been multiple efforts to create remote-controlled insects, with cockroaches taking the brunt of our experiments. You can buy a RoboRoach kit for $150 that can be attached to the animal’s back and allows you to control it by stimulating its antennae. Scientists dissatisfied with that level of control stuck electrodes into a cockroach’s nervous system for even greater precision.

For some, though, even that was not enough, and now researchers have directly wired up the leg muscles of a giant beetle and developed sequences of electrical stimulation that allowed them to control the speed with which the insects walk. The next step is to independently control all six of the bug’s legs.

Using a similar approach to optogenetics, researchers introduced a protein into the neurons of mice that can trigger a nerve impulse when subjected to a magnetic field. The neurons in question were involved in the reward center of the rodents’ brains, and when placed into an enclosure, they split between magnetized and non-magnetized sections.

The mice with the so-called “Magneto” protein spent much more time in the magnetized areas than mice that did not. They also injected Magneto into the neurons of zebrafish larvae that control an escape response that causes them to coil up. When subjected to a magnetic field, they did just that.

DARPA has developed a so-called stentrode — portmanteau of stent and electrode — that it injected into blood vessels in the neck of sheep. Stents are small mesh tubes normally fed into arteries then expanded to keep the passageway open to help treat cardiovascular disease.

This stentrode, on the other hand, is guided from the neck to a vein deep in the sheep’s brain, where it’s implanted to take “high-fidelity measurements” of brain cells. While sheep have found themselves the unwitting victims of DARPA’s tinkering, humans are the ultimate target, with the aim of doing things like controlling prosthetics directly from the brain. Human trials are scheduled for this year.

It’s not just animals that scientists seem intent on hooking up to machines. In 2015, Swedish researchers created the first “e-plant” by filling the veins of a garden rose with conductive polymer. They showed the subsequent wires could carry a current, and the leaves even slightly changed color in response to the voltage.

This year, the same went a step further by using the same approach to build energy-storing supercapacitors inside plants. Two parallel wires running through the plants’ veins were used as electrodes, and the plant material separating them acted as an electrolyte. The researchers say this could lead to plants with their own energy storage systems that could power sensors and actuators for a host of applications.