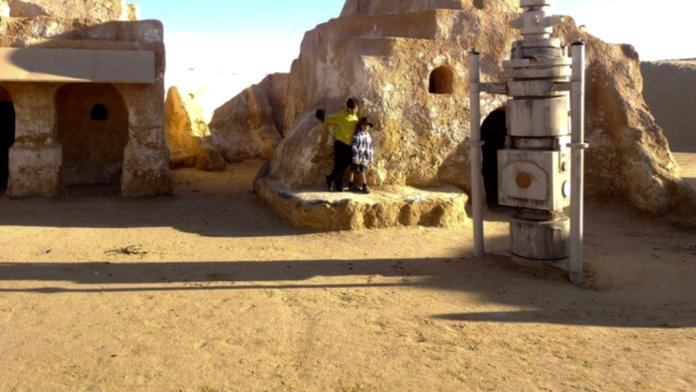 Luke Skywalker wasn’t just a farmer. In the original 1977 Star Wars film, the lead character was desperate to leave his home planet of Tatooine, where his family farmed moisture from the atmosphere using devices called “vaporators.” In the planet’s hot and dry desert landscape, moisture farming was an important activity for survival.

But could this principle of drawing moisture from the air to provide drinking water work in the real world? Researchers and I are working on technology to turn it from science fiction into reality. And now a new study has demonstrated how one device could work even in dry desert conditions using only the power of the sun.

If you sit in your garden on a hot, humid summer day with an iced glass of water, you will notice water droplets forming on the outside of the glass. The Star Wars vaporators on Tatooine may have worked using a similar principle. Cooling down warm air produces condensation, which can then be collected. Rain is actually a natural phenomenon of the same principle. When warm, humid air cools, it loses its capacity to maintain its water content and precipitation occurs in the form of raindrops.

Air naturally carries water vapor, and the warmer the air and the higher the relative humidity, the more water vapor it can carry. So technology that generates water from air is most suited to warm and humid climates. At 100% humidity, the air at 40℃ contains about 51 milliliters of water per cubic meter of air. For the same humidity at 10℃, the air contains only 9.3 milliliters.

If we cool that air from 40℃ to 10℃, we should be able to extract that water difference, which is 41.7 milliliters for each cubic meter of air. Under these conditions with current technology, we could produce 147 liters of water per hour using about the same energy as 18 domestic electric kettles.

At lower humidity, such as in a desert, there is less water in the air and so the system will be less efficient. You have to cool more air to extract the same quantity of water and that requires more energy. This can make the current technology too expensive for countries where water shortages are most severe. What you need is a more efficient way of capturing water vapor.

The simplest way of drawing water from air is with passive technology that provides a cool surface for fog or water vapor to condense onto. The selection of material and surface quality are critical for maximizing water collection. For example, farmers in Chile use a steel mesh to catch water from fog. Researchers have shown this can be made more efficient by adding a special coating that attracts water molecules.

Then there are active cooling technologies such as a refrigeration cycle similar to the one we use in air conditioning systems and refrigerators. You can also use solid-state thermoelectric cooling, which involves something called the Peltier effect.

In 1834, the French physicist Jean-Charles-Athanase Peltier discovered an interesting phenomenon. If you run a current through a circuit made from copper and bismuth metal wires, a temperature rise occurs at the point where the current passes from copper to bismuth and a temperature drop occurs where the current passes from bismuth to copper. This means by consuming electrical energy, we can provide a cooling effect without any fluids or moving parts.

But scientists from the Massachusetts Institute of Technology (MIT) have now demonstrated another technology that could be even more efficient, using something called metal-organic frameworks powered by natural sunlight. The technology, described in the journal Science, uses a network of metal and organic molecules that can easily trap water vapor, which is then released using heat captured from the sun.

It has been reported that one kilogram of this material can harvest 2.8 liters of water a day at relative humidity levels as low as 20% without any other external power source. This makes it a particularly promising technology for harvesting water in arid or desert regions of the world.

Another alternative is to use simpler cooling technology but reduce the cost of it. My team and I have been developing a water-from-air system using old fridges and freezers, in addition to other recycled components such as an old computer fan and a mobile phone charger. We hope to create a low-cost system for developing countries that also reduces waste in developed countries, particularly when solar panels are used to power the system.

Future work in this area would include using special surface coatings to provide a non-stick surface such as the surface of waterlilies for water droplets to be easily collected to create a more efficient system, in addition to ongoing metal-organic frameworks research. Another challenge is air pollution. In some parts of the world, special filtering and treatment might be needed to make the captured water safe to drink.

But this technology is moving fast. Who knows, in the future, we might not have to travel to Tatooine to see a Star Wars vaporator in action. 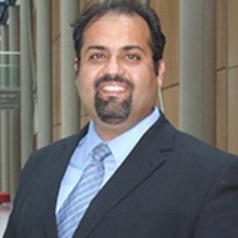 Amin Al-Habaibehhttps://www.ntu.ac.uk/staff-profiles/architecture-design-built-environment/amin-al-habaibeh
Amin Al-Habaibeh is Professor of Intelligent Engineering Systems at Nottingham Trent University. His research and teaching focuses on several multi-disciplinary topics in the broad area of product design and energy.
RELATED