Gene Editing Might Change What Being Human Actually Means 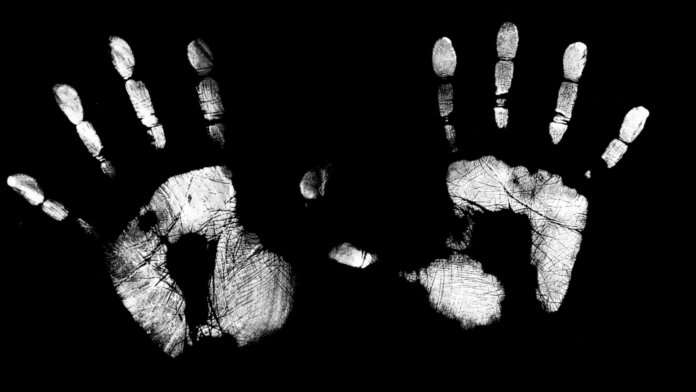 Attempts to distill the essence of “selfhood” have occupied philosophers for centuries. Consensus has been fleeting at best, but is likely to get even harder as genetic tools allow us to tweak our bodies and potentially our minds.

DNA-based technology’s entry into the mainstream has been picking up lately. Just last week, the FDA approved a genetic testing kit from Californian company 23andMe that lets customers find out how their genes could contribute to their chances of developing 10 diseases or passing them on to their children.

For the time being, this is where this technology is primarily directed—forewarning those whose DNA conspires against them. But rapid advances mean it is becoming increasingly feasible to go further and start editing out this defective code, either using gene therapies or editing genes in the embryo.

As the authors of an essay in Science last week noted, the imperative to help those afflicted by genetic disease could be causing us to ignore the significance of what it means to tinker with our genetic makeup.

“The urgency to rebuild ourselves following disease and injury impels many patients to want therapies now, without a concern for how the technologies being used on our cells or bodies may affect human identity,” they write.

What constitutes human identity or personhood is an ongoing matter of debate. A major fault line is on the question of whether there is any separation between our physical bodies and our minds and whether mental phenomena are more than just electrical activity in the brain.

“Genetic technologies are likely to force us to revisit historical arguments for what constitutes personhood.”

Neuroscience research has already had a profound impact on this discussion, casting doubt on the concept of free will and identifying patterns of neural activity that correlate with complex human mental states like emotions. Similarly, genetic technologies are likely to force us to revisit historical arguments for what constitutes personhood.

“If the self is partly but not wholly the physical body, then does it matter if we edit a gene, replace cells, or change an organ?” ask the authors of the essay. “Because our body is part of, or contributes appreciably to, our identity and how we see ourselves, alterations in its structure or function may affect that identity.”

Using genetic technology to cure a chronic genetic disease will clearly completely change that person’s identity, from a lifelong patient to a healthy and productive member of society. Few would argue that this change in identities is a bad thing, but the waters become murkier if we begin to tie genes to more abstract ideas like violence, depression or gambling.

As undesirable as these traits may be, they are intrinsic to our identities and removing them would fundamentally change who we are. And while still a long way off, it seems almost inevitable that these kinds of techniques will eventually be used, not just for prevention, but also to enhance our physical and cognitive abilities, potentially tailoring our identities or those of our children.

An increasing focus on the genetic component of our identities could result in a form of socio-genetic engineering, ethicists Eleonore Pauwels and Jim Dratwa argue in Scientific American. As the ability to tweak our DNA improves, the impulse to use it to match our identities to prescribed ideals and norms could become hard to avoid, with the ultimate result of reducing the diversity of human identities we have today.

We are more than the sum of the genes we inherited, though. We are also shaped by our environment, not only in terms of our experiences but also in more concrete ways. The field of epigenetics has demonstrated that our DNA is not a monolithic set of instructions meant to be read from start to finish. Instead, factors like environmental triggers and age can alter which of our genes are switched on or off.

“The more we learn about the complexity of the gene regulatory networks, the riskier it will be to predict how any manipulation may ultimately affect all aspects of our phenotype,” say the authors of the Nature essay.

And it’s not as though genetic editing is the only way human identities can be shifted. A traumatic brain injury can often cause dramatic changes in behavior, point out the authors, and learning from experience can actually result in rewiring of the brain, altering that person’s identity. Despite that, it would be unwise to discount the ability of genetic technology to profoundly affect who we are.

More broadly, related questions about what it means to be a human being are also likely to come to the fore. The cost of this kind of treatment will mean its application will almost certainly be uneven. Will humanity split into sub-species of enhanced and non-enhanced humans? Will enhanced humans still be humans?

Researchers are already experimenting with human embryos that are part human, part animal. These so-called chimeras are aimed at creating better animal models for medical research and potentially allowing human organs destined for transplant to grow in other species. But what is the status of these embryos? Do they deserve the same protections human embryos receive?

Is a genetically altered human being still a human being? https://t.co/JYKNVbIpyy

Much further down the line, it’s conceivable that people will decide certain animal traits are desirable—such as luminescence or regenerative capabilities—and could use genetic technologies to incorporate them into humans. At the same time, human traits could be transferred into animals, blurring the imaginary line separating us from other species.

“Ultimately, human beings may be forced to answer the question of whether being human is what is important, or rather whether continuing to be a person possessed of certain morally valuable traits,” write the authors. “Perhaps in a century, the term ‘human being’ will be an object of nostalgia rather than a single moral category.”