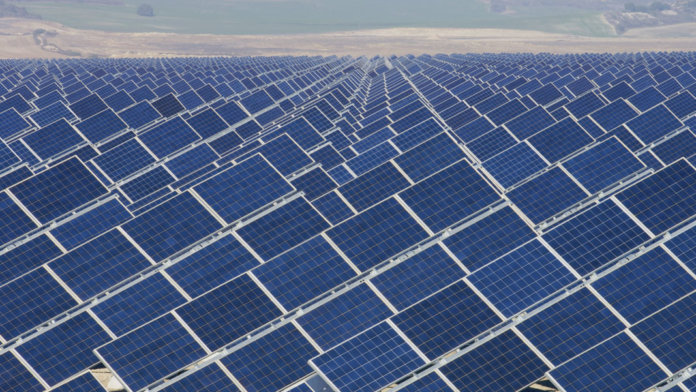 Manufacturing is about robots and assembly lines, supply chains and finished products. It’s about the roof over your head, the car you drive to work, and the computer you stare at all day. We live in a cocoon of modern industrial products. And today, we make more than ever.

But really, at its roots, manufacturing is about energy. Without energy the robots freeze, the assembly lines grind to a halt, the supply chain breaks, and that’s it. No more stuff.

Of course, we’ve derived power from a number of sources over the last few centuries, and that mix has continuously evolved. For businesses, where margins are thin already, the cost of energy is crucial. And from the global view on down to early industrial Britain or modern Shanghai, we know the cleaner, the better. The best of both worlds, however, has eluded us.

But according to Ramez Naam, speaking at Singularity University’s Exponential Manufacturing Summit in Boston this week, that’s changing.

“The world currently uses about 14 cubic kilometers of oil, or oil equivalent in oil, gas, and coal,” Naam says. “But that is actually dwarfed by the continual influx of energy from the fusion reactor 8.3 light-minutes away. Our sun bombards our planet with 10,000 times the energy we use from all sources combined.”

Naam, who spent 13 years at Microsoft working on machine learning, AI, and big scale systems, is perhaps best known as the writer behind the science fiction series, the Nexus Trilogy. He’s also researched, written about, and is a big believer in the sneaky power of renewable energy.

Wind was a footnote in the energy mix 10 years ago, he says. Today, it makes 6% of all electricity in the US. That might not sound like much, but it’s the pace that’s notable—wind power usage is up 10x in the last eleven years. And Naam expects growth to continue. As new materials and designs make turbines bigger and taller, they’ll harvest wind more efficiently.

But he’s more excited about solar.

Solar power has grown by 100 in the last 13 years, Naam says. It’s averaged around 35 to 40 percent annual growth over the last 20 years. “I’m a solar optimist, and I was wrong,” he says. “Solar prices are plunging even faster than those who are wildly optimistic [expected].” 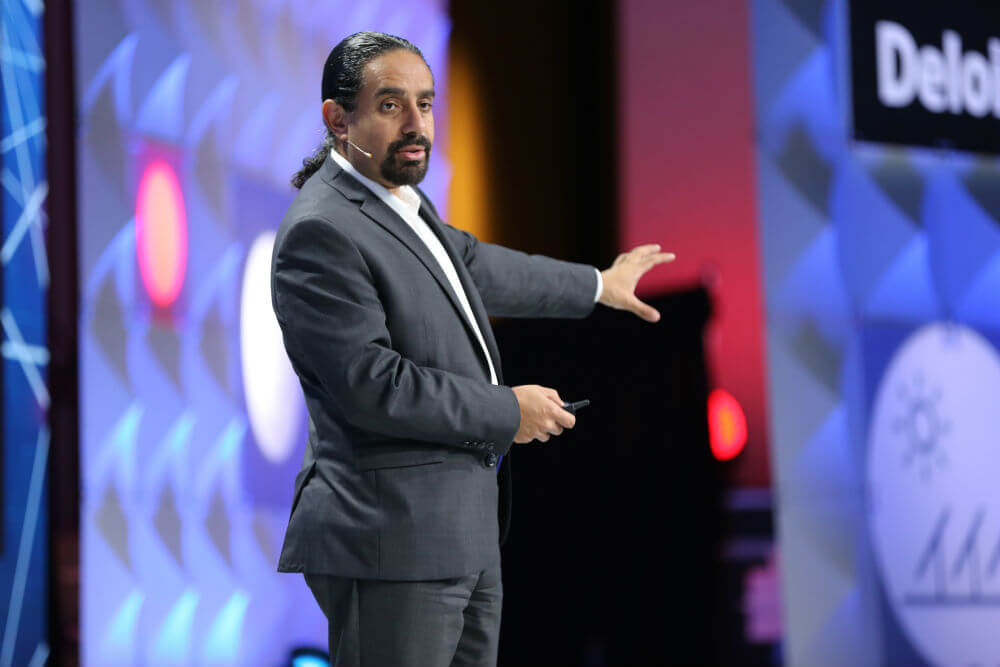 In the last year, according to Naam, we’ve seen crossover in the solar power market. In the sunniest parts of the world, unsubsidized solar is becoming the cheapest form of energy.

In the US, natural gas is the cheapest energy at around five or six cents per kilowatt-hour (kWh). A deal in Palo Alto, California late last fall was signed for 3.6 cents per kWh (5.1 cents removing subsidies, according to Naam). A deal signed in India was less than the price of coal there. No subsidies. In Chile, solar bids won a dozen auctions, one of which was the lowest we had yet seen at 2.9 cents a kWh.

“Now, that was not just the cheapest price for solar ever assigned, that was the cheapest unsubsidized contract for electricity of any sort on planet Earth with any technology ever in history,” Naam says.

That record lasted for about a month, when a deal in Dubai was signed for 2.4 cents a kWh—less than half US natural gas prices and lower than natural gas in the Middle East or Africa.

“And it wasn’t just one company with an unusually aggressive bid,” Naam says. “There were four companies that came with bids of less than three cents in this auction.”

You might notice a trend here. Sun. Lots of it. The disclaimer: This is all heavily regional. That means solar isn’t the answer everywhere yet. It may grow to be more of the total energy mix, but it makes the most practical economic sense in the sunniest parts of the world.

Storage and batteries are still key to making all this work, and they are often pointed to as the sticking point. The sun doesn’t always shine, even in sunny places. And for less-than-sunny places and at night, batteries are the vital link, storing away sunlight for later use.

But batteries, Naam says, are also improving faster than you might expect.

“Over a 15-year slice of time, the energy capacity of lithium-ion batteries tripled, and the energy cost per unit of energy you could store, dropped by a factor of 10,” he says. And there are a number of other more “exotic” battery technologies on the horizon.

While Naam is clearly very bullish on renewable energy, his reasoning tends toward the practical. Subsidies and mandates have played and continue to play a role in renewable energy. But he says innovation and benefits will prove to be more inexorable forces.

He thinks electric cars, currently a tiny fraction of the market, are set for fast growth. Why? They have 90% fewer moving parts, offer a better driving experience, and will soon be cost-competitive with combustion engine cars. Similarly, renewable energy will continue its growth, not just because policy dictates it, but because innovation will make it the cheapest option.

“If you follow all these trends, we’ve always assumed that clean energy would be the most expensive energy, right, and we should do it for moral reasons, cut pollution,” Naam says. “But if you look at the ever-declining cost of technology, you start to assume that, hey, if this trend holds, clean energy will ultimately be the cheapest.”