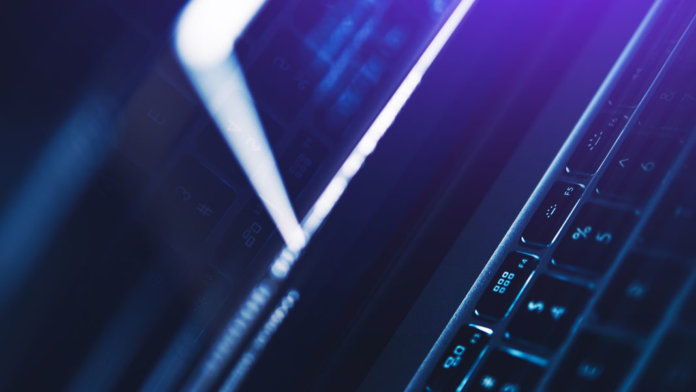 Everything is changing again. But this time, it’s happening faster.

In his talk at Singularity University’s Exponential Manufacturing Summit in Boston, Deloitte’s Digital Transformation Leader Geoff Tuff gave the audience some great tips for understanding today’s business environment and taking advantage of its opportunities—without falling prey to its exponential speed.

The latest round of quick automation and exponential change is being dubbed the Fourth Industrial Revolution. According to Tuff, though, that’s a misnomer—it sounds like something that’s happening to us, when really it’s something we need to shape and react to. The problem is that the pace of change is so rapid, businesses can’t react like they have in the past; they need new models for innovation and growth. Without these, they aren’t likely to stick around long term.

The Golden Ratio of Innovation, established by his team just five years ago, already seems outdated, Tuff says. The rule states—although Tuff says it wasn’t intended to be so universal—that to stay competitive, companies should allocate 70 percent of their resources to innovating within their core business, 20 percent to the space adjacent to their core business, and just 10 percent to the transformational space, which means discovering brand new customer needs.

A 2012 study of companies in the industrial, technology, and consumer goods sectors showed that companies that allocated their resources according to this ratio outperformed their competitors.

But sticking to this model now yields surprising returns. In fact, it yields something close to inverse returns, with 10 percent coming from core business investments and up to 70 percent from the transformational space.  What companies need to do, today more than ever, is invest even greater resources in non-core areas, working across a wide spectrum of innovation.

But what does that mean, and how can companies adapt?

Asking existing business units to discover unknown opportunities won’t work—that will take different people, metrics, and funding mechanisms. Start a team, a digital foundry, and task them with this.

Now you’re ready to find a tech solution to transform your business, right? Not according to Tuff.

New outcomes and improved efficiency aren’t possible without people changing their behavior. Choosing your technology first won’t get you very far if no one wants to use that technology. The trick is to identify behavioral shifts that will create value, then use data to track those shifts. The insights you gain from that process should then be a guidepost to decide what technologies you want to use.

It may sound counter-intuitive, but you’ll get greater return on your digital innovation by putting behavior first and technology second rather than the other way around. This will help you sort through the thousands or tens of thousands of digital solutions and startups on the market.

As you’re probably aware, we humans tend to be creatures of habit, and changing our behavior on a large scale is no easy task. We can look to three large manufacturing companies to see how they looked at behaviors they wanted to target first and then found the right tech for the job.

1. Drive different outcomes in your own operations

At Nissan, a rapidly aging workforce compelled management to ask, “How do we stop our employees from doing the repetitive tasks that are harder for them as they age and may even harm them?” The answer was to stop them from having to do difficult physical maneuvers without taking them out of the production process entirely. The company came up with ‘cobots,’ or collaborative robots, which work in tandem with people by taking over some of the physical tasks. The company saw higher output levels and improved efficiency in both time and cost.

Caterpillar just completed the acquisition of Yard Club, a market-making app that connects people who own construction machines with potential renters. Caterpillar wants people to be able to rent their machines instead of having to buy them, letting the company derive value from selling tools, attachments, and parts in addition to large machines. To drive usage of their machines, they need to create an efficient market for those machines. Having witnessed the explosion of Uber, Airbnb, and other apps that interface supply and demand, it’s undeniable that the right app can powerfully change consumer behavior.

3. Change outcomes in the end market

UTC Aerospace Systems understood that they could drive better use of their systems in airline customers if they could get users to work more efficiently, increase on-time performance, and get more information into the hands of pilots and crew. They created an app called OpsInsight that gives pilots access to live data, allowing them to adjust aircraft operations in real time. The app’s creation was driven by a desired behavior in the end market; giving customers tools to improve their own outcomes will improve company outcomes too—double win.

It’s all about adaptation

It’s a complex time to be a manufacturer—the landscape is changing so fast it’s hard to keep up, and traditional business models and systems aren’t yielding the same results they used to.

But the good news is, manufacturers sit right in the middle of the value chain, with the ability to influence suppliers, downstream customers, and even customer’s customers. Shedding outdated ways of thinking and adapting your operations to our exponential times will make all the difference to success or failure.

In closing, Tuff acknowledged that while it’s not certain Charles Darwin actually said this, the words certainly do apply to doing business in the 21st century: “It is not the strongest of the species that survive, nor the most intelligent, but the ones most responsive to change.”