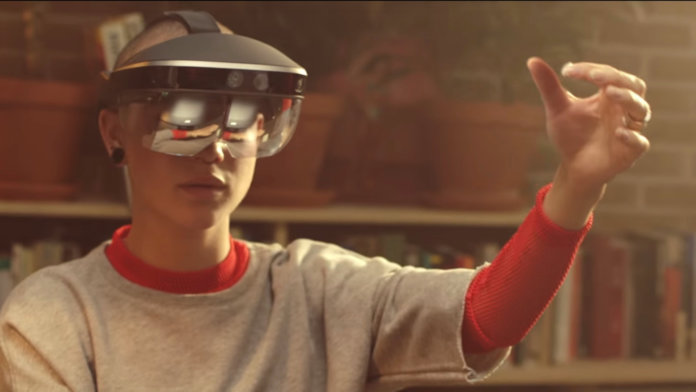 Not long ago, your parents might’ve noticed a kid staring at a smartphone in their front yard. There wasn’t anything there. The kid was just…hanging out. What they didn’t know? Said kid was gazing through a digital window and seeing a mythical beast in their well-manicured roses.

This youngster was playing an augmented reality smartphone sensation called Pokémon Go that swept the online masses before fading back. But don’t confuse ephemerality for significance. Pokémon Go’s simple yet viral appeal suggests AR is going to be huge.

“The reason I’m inspired by this? I don’t think Pokemon Go is the pinnacle of AR. It’s kind of like the Solitaire for Windows 3. It’s a killer app at a certain time, a big milestone,” John Werner said at Singularity University’s Exponential Manufacturing Summit in Boston.

Formerly an innovator at MIT Media Lab, Werner is now VP of strategic partnerships at augmented reality company Meta, the maker of a head-mounted AR display of the same name.

Since the beginning, Werner said, we’ve interacted with computers in a number of different ways, each iteration simplifying and improving on what came before it. First, it was punch cards. Later, it was the keyboard, mouse, and graphical user interface. More recently mobile technology brought us touchscreens.

Augmented reality is part of a new wave of tech that includes the related (and sometimes confused) fields of virtual reality and mixed reality. And the biggest names in the industry, from Google to Microsoft, are jumping into all of these areas for good reason. This is the birth of the next great computer interface, according to Werner. But it doesn’t actually have a name yet.

“If you look at the players that did well on the different waves, you see a number of them going into VR, AR, MR,” Werner said. “And I think those are just placeholders. We haven’t figured out what to really call this next wave of interacting with technology.”

Augmented reality isn’t all that new, Werner pointed out. We’ve been overlaying digital information on the real world for a while. Pilots use it to keep track of digital gauges, and NFL broadcasts include a digital yellow line on the field to show how far teams have to go for a first down.

But his vision goes far beyond Pokémon Go and yellow lines on a football field.

The rapidly falling cost and convergence of the underlying technologies are conspiring to make AR more usable, comfortable, and suitable for the mainstream. Most importantly, whereas AR is now largely constrained to 2D screens, it’s becoming immersive and wearable.

When it comes of age, Werner thinks it’ll merge with VR and change how we use computers.

“People see AR and VR as two separate things,” Werner said. “But eventually, it’s going to converge. And VR’s going to be a feature of this strip of glass where you can just dive into something [for full immersion] or you can pull back.”

You can see an early example of this futuristic vision by looking at his company’s Meta 2.

Werner described the device as a light AR headset with a fully immersive 90-degree field of view. They’re striving to make an operating system with “zero learning curve.” Expected applications include product design, as a new partnership with Dell, Nike, and Ultrahaptics shows off.

The Meta 2 isn’t the only head-mounted augmented reality device in the works. There’s also Microsoft’s HoloLens, which is being sold as a developer’s kit for $3,000. The much-hyped and secretive Magic Leap has attracted some $1.4 billion. Most of what’s known about the device is via insider accounts and rumor, and there’s no definite date for when it will go public.

But if Google Glass, an early step toward rudimentary augmented reality, taught us anything, it’s that it’s easy to get carried away and dream of the faraway potential of a new interface technology before it’s ready. This is standard hype-curve lore in technology.

Virtual reality, for example, is further along than augmented reality. There are now affordable, consumer VR devices on the market. But the excitement around VR has cooled. Next steps will be more practical as it matures and finds real market appeal.

This cycle applies to head-mounted augmented reality too. Only for AR, it’s earlier still.

The wearable AR devices we’ve seen are yet a bit clunky, and they aren’t likely to sweep away today’s computer interfaces right away. But they are light years beyond the earliest devices from decades ago. Werner noted how one of the first VR devices, called the Sword of Damocles, was so heavy it would kill the user should it, heaven forbid, come loose of its moorings.

Today, AR devices are light enough to wear on your head, without breaking it. And there are a few converging forces that Werner thinks will accelerate development in coming years. These include advanced voice recognition (think Amazon Echo and Google Now), real-time modeling of three-dimensional spaces (Google Tango), ever-faster connection speeds (5G), laser-based displays (instead of pixel-based screens), and AI. 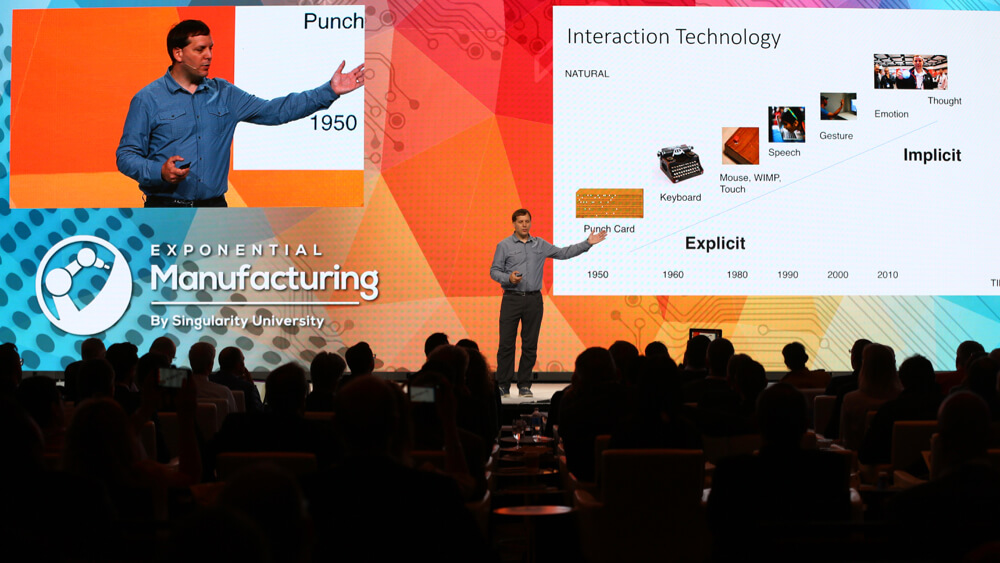 The end result as Werner sees it is an experience more like interacting with the real world, in which our computers adapt to us, instead of the other way around.

The way our keyboards are arranged, he said, descends from movable type, a centuries-old technology. But this is how we type and tweet.

“We’re held hostage by this arrangement…Our eye can take in 10^8 bits per second of information, and yet this is how we’re communicating with technology.”

So, What Will We Call All This?

Turns out Werner isn’t the only one thinking about how AR and VR will merge. Google featured both technologies at its annual Google I/O developers conference last week.

In a blog post before the conference, head of Google VR Clay Bavor mused on how the two relate. He suggested AR and VR are points on a spectrum between the real and digital worlds. On one end, it’s all real, on the other it’s all virtual. And in between, it’s both.

What’s clear, Bavor writes, is that through history, computer interfaces have become more intuitive by removing layers of “abstraction.” As a result, they’ve become more accessible to more people doing more things. AR and VR will make the digital world more like the world we evolved to interact with. How long it will take isn’t clear, but the trend is.

“With immersive computing, instead of staring at screens or constantly checking our phones, we’ll hold our heads up to the real and virtual worlds around us,” Bavor writes. “You’ll have access to information in context, with computing woven seamlessly into your environment. It’s the inevitable next step in the arc of computing interfaces.”