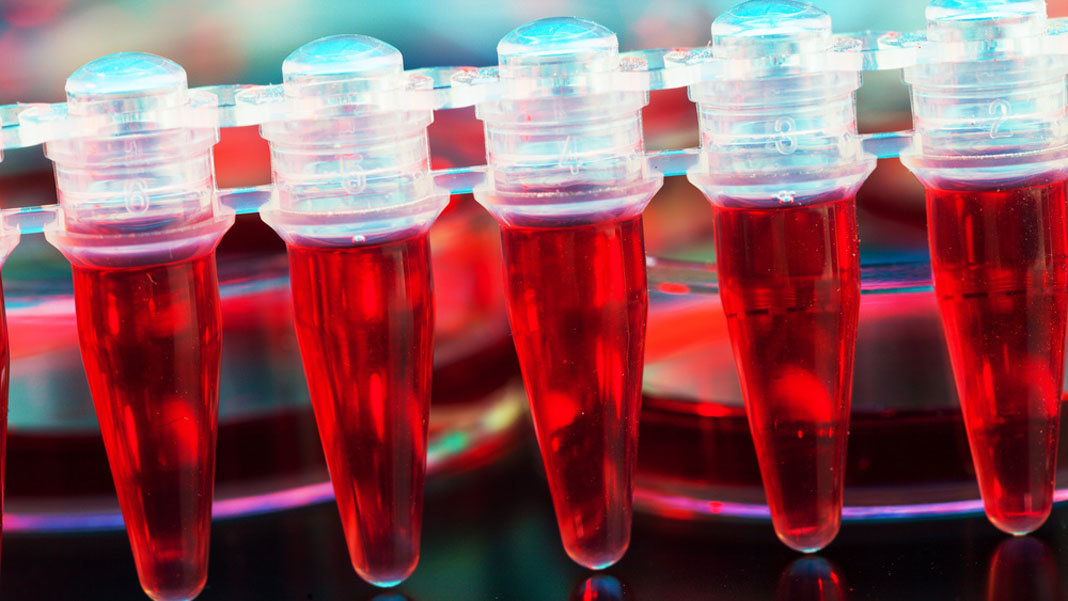 Blood stem cells are things of wonder: hidden inside each single cell is the power to reconstitute an entire blood system, like a sort of biological big bang.

Yet with great power comes greater vulnerability. Once these “master cells” are compromised, as in the case of leukemia and other blood disorders, treatment options are severely limited.

A bone marrow transplant is often the only chance for survival. The surgery takes a healthy donor’s marrow—rich with blood stem cells—and reboots the patient’s blood system. Unfortunately, like organ transplants, finding a matching donor places a chokehold on the entire process.

According to Dr. George Daley at Harvard Medical School, a healthy sibling gives you a one in four chance. A stranger? One in a million.

For 20 years, scientists have been trying to find a way to beat the odds. Now, two studies published in Nature suggest they may be “tantalizingly close” to being able to make a limitless supply of blood stem cells, using the patient’s own healthy tissues.

“This step opens up an opportunity to take cells from patients with genetic blood disorders, use gene editing to correct their genetic defect and make functional blood cells,” without depending on donors, says Dr. Ryohichi Sugimura at Boston Children’s Hospital, who authored one of the studies with Daley.

Using a magical mix of seven proteins called transcription factors, the team coaxed lab-made human stem cells into primordial blood cells that replenished themselves and all components of blood.

“This is the first time researchers have checked all the boxes and made blood stem cells,” says Dr. Mick Bhatia at McMaster University, who was not involved in either study, “That is the holy grail.”

The life of a blood stem cell starts as a special cell nestled on the walls of a large blood vessel—the dorsal aorta.

Under the guidance of chemical signals, these cells metamorphose into “immature” baby blood stem cells, like caterpillars transforming into butterflies. The exact conditions that prompt this birthing process are still unclear and is one of the reasons why lab-grown blood stem cells have been so hard to make.

These baby blood stem cells don’t yet have the full capacity to reboot blood systems. To fully mature, they have to learn to respond to all sorts of commands in their environment, like toddlers making sense of the world.

Some scientists liken this learning process to going to school, where different external cues act as “textbooks” to train baby blood stem cells to correctly respond to the body.

Both new studies took aim at cracking the elusive curriculum.

In the first study, Daley and team started with human skin and other cells that have been transformed back into stem cells (dubbed “iPSCs,” or induced pluripotent stem cells). Although iPSCs theoretically have the ability to turn into any cell type, no one has previously managed to transform them into blood stem cells.

“A lot of people have become jaded, saying that these cells don’t exist in nature and you can’t just push them into becoming anything else,” says Bhatia.

All cells in an organism share the same genes. However, for any given cell only a subset of genes are turned into proteins. This process is what gives cells their identities—may it be a heart cell, liver cell, or blood stem cell.

Daley and team focused on a family of transcription factors. Similar to light switches, these proteins can flip genes on or off. By studying how blood vessels normally give birth to blood stem cells, they found seven factors that encouraged iPSCs to grow into immature blood stem cells.

Using a virus, the team inserted these factors into their iPSCs and injected the transformed cells into the bone marrow of mice. These mice had been irradiated to kill off their own blood stem cells to make room for the lab-grown human replacements.

In this way, Daley exposed the immature cells to signals in a blood stem cell’s normal environment. The bone marrow acts like a school, explains Drs. Carolina Guibentif and Berthold Göttgens at the University of Cambridge, who are not involved in the study.

It worked. In just twelve weeks, the lab-made blood stem cells had fully matured into master cells capable of making the entire range of cells normally found in human blood. What’s more, when scientists took these cells out and transplanted them into a second recipient, they retained their power.

In contrast, the second study took a more direct route. Rafii and team took cells lining a mouse’s vessels, based on the finding that these cells normally turn into blood stem cells during development.

With a set of four transcription factors, the team directly reprogrammed them into baby blood stem cells, bypassing the iPSC stage.

These factors act like a maternity ward, allowing the blood stem cells to be born, says Guibentif.

To grow them to adulthood, Rafii and team laid the cells onto a blanket of supporting cells that mimics the blood vessel “nursery.” Under the guidance of molecular cues secreted by these supporting cells, the blood stem cells multiplied and matured.

When transplanted into short-lived mice without a functional immune system, the cells sprung to action. In 20 weeks, the mice generated an active immune response when given a vaccine. What’s more, they went on to live a healthy 1.5 years—roughly equivalent to 60 years old for a human.

Rafii is especially excited about using his system to finally crack the stem cell learning curriculum.

If we can figure out the factors that coax stem cells to divide and mature, we may be able to unravel the secrets of their longevity and make full-fledged blood stem cells in a dish, he says.

Calling both experiments a “breakthrough,” Guibentif says, “this is something people have been trying to achieve for a long time.”

However, she points out that both studies have caveats. A big one is cancer. The transcription factors that turn mature cells into stem cells endow them with the ability to multiply efficiently—a hallmark of cancerous cells. What’s more, the virus used to insert the factors into cells may also inadvertently turn on cancer-causing genes.

That said, neither team found evidence of increased risk of blood cancers. Guibentif also acknowledges that future studies could use CRISPR in place of transcription factors to transform cells into blood stem cells on demand, further lowering the risk.

The techniques will also have to be made more efficient to make lab-grown blood stem cells cost efficient. It’ll be years until human use, says Guibentif.

Even so, the studies deter even the most cynical of critics.