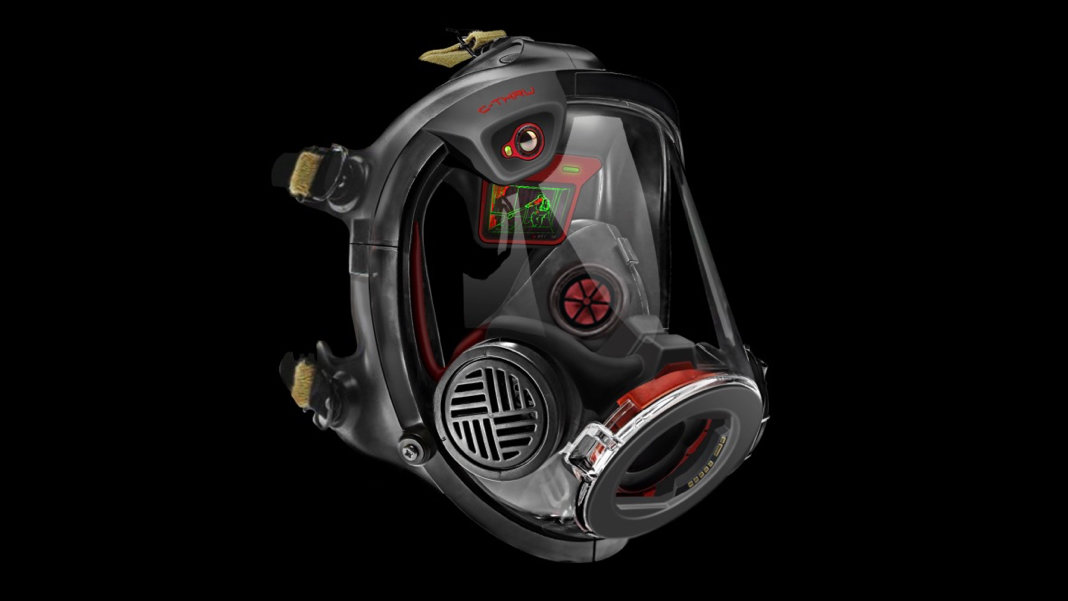 Sam Cossman was hit by a big idea next to a lava lake. With his sight obscured by fumes and vapors, he couldn’t be confident of his next step. Traditional thermal imaging was a solution, but not an ideal one. So, Cossman cofounded Qwake Tech with Dr. John Long, Ömer Haciömeroglu, and Bahar Wadia.

Qwake Tech’s augmented reality system, C-Thru, is built into a futuristic helmet and relies on a thermal imaging camera, toxicity sensors, edge detection, and an AR display to cut through smoke with useful visuals. It might have been born in a volcano, but Qwake Tech thinks the system has wider applications in disaster situations, such as a burning building.

The company is working with firefighters to improve current handheld thermal imaging, which requires a firefighter to stop, hold up a device, look through it, interpret the display, put it down, and move forward. C-Thru’s display is positioned in front of the eyes, providing a hands-free AR video feed. It further clarifies the video by highlighting key details with bright edges. The company says this will allow firefighters to move much more quickly through buildings.

“The ability to see in the types of environments that we work in is a game-changer for our industry,” says Tom Calvert, Menlo Park Fire Protection District battalion chief. “It could mean the difference between life and death.”