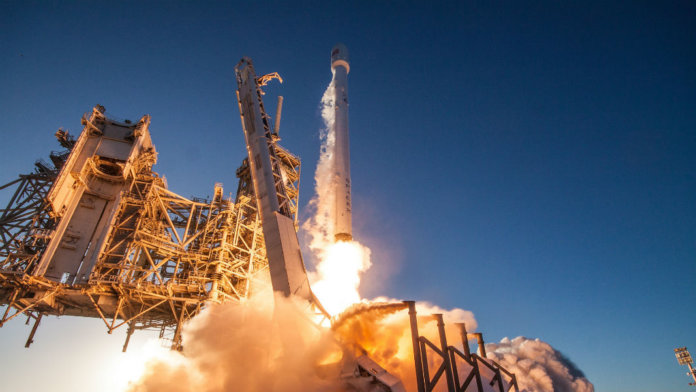 MIT Is Building Autonomous Drones That Can Both Drive and Fly
April Glaser | Recode
“The drones, which were built at MIT’s Computer Science and Artificial Intelligence Laboratory, also include route-planning software that can help calculate when the flying robot switches from air to ground in order to optimize its battery life.”

SpaceX Is Making Commercial Space Launches Look Like Child’s Play
Jamie Condliffe | MIT Technology Review
“Late Friday, SpaceX launched a satellite into orbit from Florida using one of its refurbished Falcon 9 rockets. Then on Sunday, for good measure, it lofted 10 smaller satellites using a new version of the same rocket, which it launched from California. The feat is a sign that the private space company seems more likely than ever to turn its vision of competitively priced, rapid-turnaround rocket launches into reality.”

A New Ransomware Attack Is Infecting Airlines, Banks, and Utilities Across Europe
Russell Brandom | The Verge
“The origins of the attack are still unclear, but the involvement of Ukraine’s electric utilities is likely to cast suspicion on Russia. Ukraine’s power grid was hit by a persistent and sophisticated attack in December 2015, which many attributed to Russia. The attack ultimately left 230,000 residents without power for as long as six hours.”

Riding in a Robocar That Sees Around Corners
Philip E. Ross | IEEE Spectrum
“It takes 20 to 30 minutes to fit a car with the necessary hardware: a GPS sensor and a wireless transceiver. Here in the MCity compound, at least, the GPS system uses a repeater to enhance its accuracy down to centimeter level—good enough to locate a car precisely and to allow other cars to figure out its trajectory and measure its speed.”