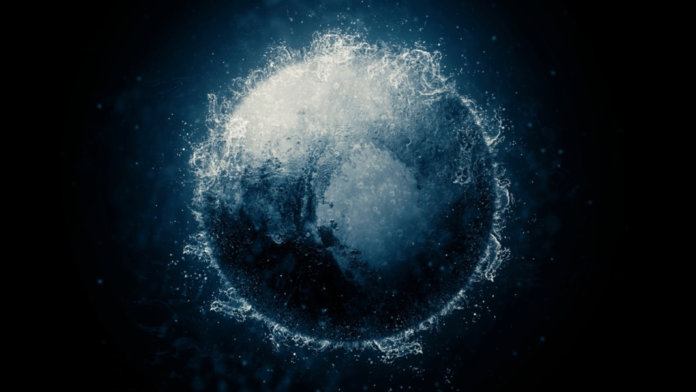 In a world of accelerating change, educating the public about the implications of technological advancements is extremely important. We can continue to write informative articles and speculate about the kind of future that lies ahead. Or instead, we can take readers on an immersive journey by using science fiction to paint vivid images of the future for society.

The XPRIZE Foundation recently announced a science fiction storytelling competition. In recent years, the organization has backed and launched a range of competitions to propel innovation in science and technology. These have been aimed at a variety of challenges, such as transforming the lives of low-literacy adults, tackling climate change, and creating water from thin air.

Their sci-fi writing competition asks participants to envision a groundbreaking future for humanity. The initiative, in partnership with Japanese airline ANA, features 22 sci-fi stories from noteworthy authors that are now live on the website. Each of these stories is from the perspective of a different passenger on a plane that travels 20 years into the future through a wormhole. Contestants will compete to tell the story of the passenger in Seat 14C.

In addition to the competition, XPRIZE has brought together a science fiction advisory council to work with the organization and imagine what the future will look like. According to Peter Diamandis, founder and executive chairman, “As the future becomes harder and harder to predict, we look forward to engaging some of the world’s most visionary storytellers to help us imagine what’s just beyond the horizon and chart a path toward a future of abundance.”

The Importance of Science Fiction

Why is an organization like XPRIZE placing just as much importance on fiction as it does on reality? As Isaac Asimov has pointed out, “Modern science fiction is the only form of literature that consistently considers the nature of the changes that face us.” While the rest of the world reports on a new invention, sci-fi authors examine how these advancements affect the human condition.

True science fiction is distinguished from pure fantasy in that everything that happens is within the bounds of the physical laws of the universe. We’ve already seen how sci-fi can inspire generations and shape the future. 3D printers, wearable technology, and smartphones were first seen in Star Trek. Targeted advertising and air touch technology was first seen in Philip K. Dick’s 1958 story “The Minority Report.” Tanning beds, robot vacuums, and flatscreen TVs were seen in The Jetsons. The internet and a world of global instant communication was predicted by Arthur C. Clarke in his work long before it became reality.

Sci-fi shows like Black Mirror or Star Trek aren’t just entertainment. They allow us to imagine and explore the influence of technology on humanity. For instance, how will artificial intelligence impact human relationships? How will social media affect privacy? What if we encounter alien life? Good sci-fi stories take us on journeys that force us to think critically about the societal impacts of technological advancements.

As sci-fi author Yaasha Moriah points out, the genre is universal because “it tackles hard questions about human nature, morality, and the evolution of society, all through the narrative of speculation about the future. If we continue to do A, will it necessarily lead to problems B and C? What implicit lessons are being taught when we insist on a particular policy? When we elevate the importance of one thing over another—say, security over privacy—what could be the potential benefits and dangers of that mentality? That’s why science fiction has such an enduring appeal. We want to explore deep questions, without being preached at. We want to see the principles in action, and observe their results.”

An Extension of STEAM Education

At its core, this genre is a harmonious symbiosis between two distinct disciplines: science and literature. It is an extension of STEAM education, an educational approach that combines science, technology, engineering, the arts, and mathematics. Story-telling with science fiction allows us to use the arts in order to educate and engage the public about scientific advancements and its implications.

According to the National Science Foundation, research on art-based learning of STEM, including the use of narrative writing, works “beyond expectation.” It has been shown to have a powerful impact on creative thinking, collaborative behavior and application skills.

What does it feel like to travel through a wormhole? What are some ethical challenges of AI? How could we terraform Mars? For decades, science fiction writers and producers have answered these questions through the art of storytelling.

What better way to engage more people with science and technology than through sparking their imaginations? The method makes academic subject areas many traditionally perceived as boring or dry far more inspiring and engaging.

A Form of Time Travel

XPRIZE’s competition theme of traveling 20 years into the future through a wormhole is an appropriate beacon for the genre. In many ways, sci-fi is a precautionary form of time travel. Before we put a certain technology, scientific invention, or policy to use, we can envision and explore what our world would be like if we were to do so.

Sci-fi lets us explore different scenarios for the future of humanity before deciding which ones are more desirable. Some of these scenarios may be radically beyond our comfort zone. Yet when we’re faced with the seemingly impossible, we must remind ourselves that if something is within the domain of the physical laws of the universe, then it’s absolutely possible.