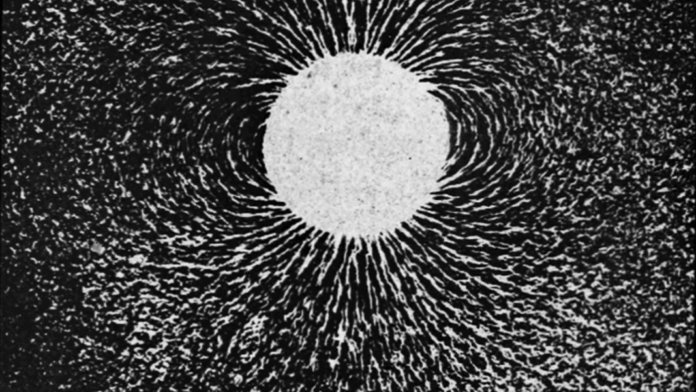 There is an adage that says that data will expand to fill all available capacity. Perhaps 10 or 20 years ago, it was common to stockpile software programs, MP3 music, films, and other files, which may have taken years to collect. In the days when hard disk drives offered a few tens of gigabytes of storage, running out of space was almost inevitable.

Now that we have fast broadband internet and think nothing of downloading a 4.7 gigabyte DVD, we can amass data even more quickly. Estimates of the total amount of data held worldwide are to rise from 4.4 trillion gigabytes in 2013 to 44 trillion gigabytes by 2020. This means that we are generating an average of 15m gigabytes per day. Even though hard disk drives are now measured in thousands of gigabytes rather than tens, we still have a storage problem.

Research and development is focused on developing new means of data storage that are more dense and so can store greater amounts of data, and do so in a more energy efficient way. Sometimes this involves updating established techniques: recently IBM announced a new magnetic tape technology that can store 25 gigabytes per square inch, a new world record for the 60-year-old technology. While current magnetic or solid-state consumer hard drives are more dense at around 200 gigabytes per square inch, magnetic tapes are still frequently used for data back-up.

However, the cutting edge of data storage research is working at the level of individual atoms and molecules, representing the ultimate limit of technological miniaturization.

The quest for atomic magnets

Current magnetic data storage technologies—those used in traditional hard disks with spinning platters, the standard until a few years ago and still common today—are built using “top-down” methods. This involves making thin layers from a large piece of ferromagnetic material, each containing the many magnetic domains that are used to hold data. Each of these magnetic domains is made of a large collection of magnetized atoms, whose magnetic polarity is set by the hard disk’s read/write head to represent data as either a binary one or zero.

An alternative “bottom-up” method would involve constructing storage devices by placing individual atoms or molecules one by one, each capable of storing a single bit of information. Magnetic domains retain their magnetic memory due to communication between groups of neighboring magnetized atoms.

Single-atom or single-molecule magnets on the other hand do not require this communication with their neighbors to retain their magnetic memory. Instead, the memory effect arises from quantum mechanics. So, because atoms or molecules are much, much smaller than the magnetic domains currently used, and can be used individually rather than in groups, they can be packed more closely together which could result in an enormous increase in data density.

Working with atoms and molecules like this is not science fiction. Magnetic memory effects in single-molecule magnets (SMMs) were first demonstrated in 1993, and similar effects for single-atom magnets were shown in 2016.

The main problem standing in the way of moving these technologies out of the lab and into the mainstream is that they do not yet work at ambient temperatures. Both single atoms and SMMs require cooling with liquid helium (at a temperature of –269°C), an expensive and limited resource. So research effort over the last 25 years has concentrated on raising the temperature at which magnetic hysteresis—a demonstration of the magnetic memory effect—can be observed. An important target is –196°C, because this is the temperature that can be achieved with liquid nitrogen, which is abundant and cheap.

It took 18 years for the first substantive step towards raising the temperature in which magnetic memory is possible in SMMs—an increase of 10°C achieved by researchers in California. But now our research team at the University of Manchester’s School of Chemistry have achieved magnetic hysteresis in a SMM at –213 °C using a new molecule based on the rare earth element dysprosocenium, as reported in a letter to the journal Nature. With a leap of 56°C, this is only 17°C away from the temperature of liquid nitrogen.

There are other challenges, however. In order to practically store individual bits of data, molecules must be fixed to surfaces. This has been demonstrated with SMMs in the past, but not for this latest generation of high-temperature SMMs. On the other hand, magnetic memory in single atoms has already been demonstrated on a surface.

The ultimate test is demonstration of writing and non-destructively reading data in single atoms or molecules. This was achieved for the first time in 2017 by a group of researchers at IBM who demonstrated the world’s smallest magnetic memory storage device, built around a single atom.

But regardless of whether single-atom or single-molecule storage devices ever become truly practical, the advancements in fundamental science being made along this path are phenomenal. The synthetic chemistry techniques developed by groups working on SMMs now allow us to design molecules with customized magnetic properties, which will have applications in quantum computing and even magnetic resonance imaging. 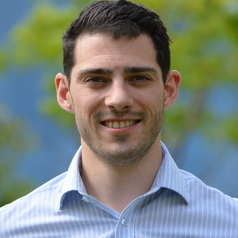 Nicholas Chiltonhttp://www.nfchilton.com/
Dr. Chilton completed his undergraduate studies (BSc. Adv. Hons.) at Monash University, Melbourne, Australia, under the guidance of Prof. Keith S. Murray, on the synthesis and characterization of 3d and 4f paramagnetic complexes. He then undertook his Ph.D. at The University of Manchester under the supervison of Prof. Richard E. P. Winpenny and Prof. Eric J. L. McInnes, with a focus on the magnetic anisotropy of transition metal complexes. After a stint as a Postdoctoral Research Associate with the EPSRC National EPR facility, he began a Research Fellowship in 2016. Dr. Chilton was awarded the Dalton Young Researchers award by the Royal Society of Chemistry in 2015, and has been awarded a British Ramsay Memorial Fellowship for 2016 - 2018 to examine how coordination chemistry can be used to engineer specific magnetic states of lanthanide ions.
RELATED