Japan’s SoftBank Is Investing Billions in the Technological Future 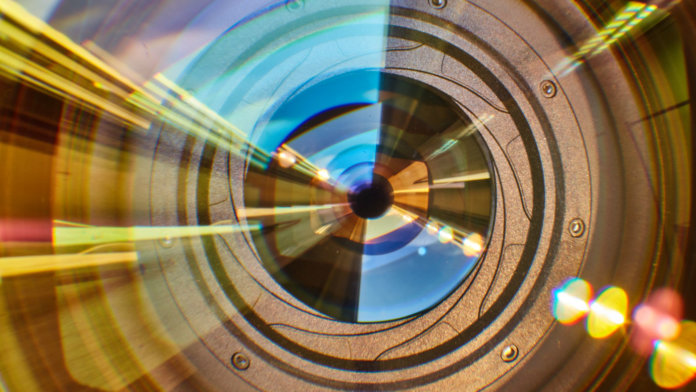 Remember the 1980s movie Brewster’s Millions, in which a minor league baseball pitcher (played by Richard Pryor) must spend $30 million in 30 days to inherit $300 million? Pryor goes on an epic spending spree for a bigger payoff down the road.

One of the world’s biggest public companies is making that film look like a weekend in the Hamptons. Japan’s SoftBank Group, led by its indefatigable CEO Masayoshi Son, is shooting to invest $100 billion over the next five years toward what the company calls the information revolution.

The newly-created SoftBank Vision Fund, with a handful of key investors, appears ready to almost single-handedly hack the technology revolution. Announced only last year, the fund had its first major close in May with $93 billion in committed capital. The rest of the money is expected to be raised this year.

The fund is unprecedented. Data firm CB Insights notes that the SoftBank Vision Fund, if and when it hits the $100 billion mark, will equal the total amount that VC-backed companies received in all of 2016—$100.8 billion across 8,372 deals globally.

The money will go toward both billion-dollar corporations and startups, with a minimum $100 million buy-in. The focus is on core technologies like artificial intelligence, robotics and the Internet of Things.

Aside from being Japan’s richest man, Son is also a futurist who has predicted the singularity, the moment in time when machines will become smarter than humans and technology will progress exponentially. Son pegs the date as 2047. He appears to be hedging that bet in the biggest way possible.

Show Me the Money

Ostensibly a telecommunications company, SoftBank Group was founded in 1981 and started investing in internet technologies by the mid-1990s. Son infamously lost about $70 billion of his own fortune after the dot-com bubble burst around 2001. The company itself has a market cap of nearly $90 billion today, about half of where it was during the heydays of the internet boom.

The ups and downs did nothing to slake the company’s thirst for technology. It has made nine acquisitions and more than 130 investments since 1995. In 2017 alone, SoftBank has poured billions into nearly 30 companies and acquired three others. Some of those investments are being transferred to the massive SoftBank Vision Fund.

SoftBank is not going it alone with the new fund. More than half of the money—$60 billion—comes via the Middle East through Saudi Arabia’s Public Investment Fund ($45 billion) and Abu Dhabi’s Mubadala Investment Company ($15 billion). Other players at the table include Apple, Qualcomm, Sharp, Foxconn, and Oracle.

Off to the Races

The fund has wasted little time creating that synergy. In July, its first official investment, not surprisingly, went to a company that specializes in artificial intelligence for robots—Brain Corp. The San Diego-based startup uses AI to turn manual machines into self-driving robots that navigate their environments autonomously. The first commercial application appears to be a really smart commercial-grade version that crosses a Roomba and Zamboni.

A second investment in July was a bit more surprising. SoftBank and its fund partners led a $200 million mega-round for Plenty, an agricultural tech company that promises to reshape farming by going vertical. Using IoT sensors and machine learning, Plenty claims its urban vertical farms can produce 350 times more vegetables than a conventional farm using 1 percent of the water.

The spending spree continued into August.

The SoftBank Vision Fund led a $1.1 billion investment into a little-known biotechnology company called Roivant Sciences that goes dumpster diving for abandoned drugs and then creates subsidiaries around each therapy. For example, Axovant Sciences is devoted to neurology while Urovant focuses on urology. TechCrunch reports that Roivant is also creating a tech-focused subsidiary, called Datavant, that will use AI for drug discovery and other healthcare initiatives, such as designing clinical trials.

The AI angle may partly explain SoftBank’s interest in backing the biggest private placement in healthcare to date.

Also in August, SoftBank Vision Fund led a mix of $2.5 billion in primary and secondary capital investments into India’s largest private company in what was touted as the largest single investment in a private Indian company. Flipkart is an e-commerce company in the mold of Amazon.

The fund tacked on a $250 million investment round in August to Kabbage, an Atlanta-based startup in the alt-lending sector for small businesses. It ended big with a $4.4 billion investment into a co-working company called WeWork.

And those investments only include companies that SoftBank Vision Fund has backed directly.

SoftBank the company will offer—or has already turned over—previous investments to the Vision Fund in more than a half-dozen companies. Those assets include its shares in Nvidia, which produces chips for AI applications, and its first serious foray into autonomous driving with Nauto, a California startup that uses AI and high-tech cameras to retrofit vehicles to improve driving safety. The more miles the AI logs, the more it learns about safe and unsafe driving behaviors.

Other recent acquisitions, such as Boston Dynamics, a well-known US robotics company owned briefly by Google’s parent company Alphabet, will remain under the SoftBank Group umbrella for now.

This spending spree begs the question: What is the overall vision behind the SoftBank’s relentless pursuit of technology companies? A spokesperson for SoftBank told Singularity Hub that the “common thread among all of these companies is that they are creating the foundational platforms for the next stage of the information revolution.All of the companies, he adds, share SoftBank’s criteria of working toward “the betterment of humanity.”

While the SoftBank portfolio is diverse, from agtech to fintech to biotech, it’s obvious that SoftBank is betting on technologies that will connect the world in new and amazing ways. For instance, it wrote a $1 billion check last year in support of OneWeb, which aims to launch 900 satellites to bring internet to everyone on the planet. (It will also be turned over to the SoftBank Vision Fund.)

SoftBank also led a half-billion equity investment round earlier this year in a UK company called Improbable, which employs cloud-based distributed computing to create virtual worlds for gaming. The next step for the company is massive simulations of the real world that supports simultaneous users who can experience the same environment together(and another candidate for the SoftBank Vision Fund.)

Even something as seemingly low-tech as WeWork, which provides a desk or office in locations around the world, points toward a more connected planet.

In the end, the singularity is about bringing humanity together through technology. No one said it would be easy—or cheap.