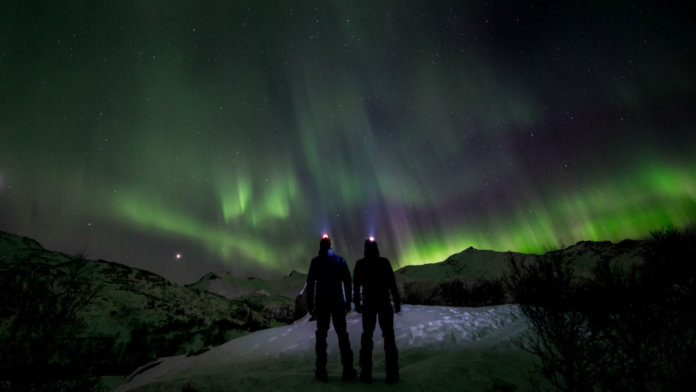 To contribute to human progress, it is not enough to be intelligent, resourceful, or well-connected. Those are all factors that play a significant role but aren’t the true driving forces of disruptive innovation. Stimulating positive change at civilization level also requires certain mindsets and ways of thinking.

Here are five mindsets that will allow us to leave a positive mark on humanity.

One of the tragedies of our education system is that it fails to nurture the childlike sense of wonder that we are all born with. Curiosity is a powerful driver of new knowledge and innovation. It is by channeling a child-like sense of awe about the world that we can truly imagine something even better.

That can be coupled with questioning how we do things in today’s world instead of accepting them as they are. Often it is children who question the very fundamental aspects of our modern societies. Why do we have money? Why do we go to school? Why do we have a government? If cultivated, these questions can allow us to raise intelligent criticisms of our world today.

For instance, are our global financial systems the only and best way to exchange transactions? Is our current education system fit for purpose? What is the most fair way of implementing a democracy? Asking questions—and asking good ones—is the foundation of critical thinking.

It takes powerful curiosity, critical thinking, and imagination to envision radical alternatives to how we do things in today’s world and then be inspired to execute them.

Nothing productive will come from blind optimism and ignorance of some of the brutal realities of our world. Intelligent optimism is being optimistic about the future based on reason and evidence. It is about not only recognizing that we are faced with constant challenges, but also embracing our potential as a species to solve them.

In the last 100 years, we have seen a 100 percent increase in average human life expectancy. We have massively increased our access to goods and services, information, education, transportation, and means of communication. The number of deaths due to war has seen significant declines. The list goes on.

Yet our brains are wired to disproportionately pay attention to bad news. There is an evolutionary advantage to being on alert and hyper-aware of the threats that face us. News agencies know this, hence the saying, “if it bleeds, it leads.” In fact, studies show that bad news far outweighs good news by as much as seventeen negative news reports for every one good news report.

Just as we report the significant negative news in the world, we must also continue to highlight humanity’s accomplishments. How can our youth grow up believing they can have a positive impact on the world if the news is suggesting otherwise? As Carl Sagan said, “For all of our failings, despite our limitations and fallibility, we humans are capable of greatness.”

Paving a new way forward for humanity comes at a cost. More often than not, executing a radically disruptive idea is a risk. Yet being a strategic risk-taker is a valuable lifelong skill of its own.

It’s not just about doing something radical or “crazy” for the sake of it, but rather about embracing uncertainty, stepping out of one’s comfort zone, and doing something that fulfills your life or company’s grand mission, even if the odds are not in one’s favor. Effective risk-taking involves identifying strategies that can mitigate risks, such as building a support system of allies or preparing for any predictable challenges that lie ahead.

A crucial aspect of risk-taking is also embracing failure and re-defining failed attempts as temporary setbacks as opposed to them being the end of our dreams as we know it. In the words of Elon Musk,“If things are not failing, you are not innovating enough.”

Instead of looking to make a 10 percent gain or improvement in a current product or idea, moonshot thinking involves aiming for a 10x improvement of the status quo. Moonshot thinking allows for radical, daring, and disruptive ideas as opposed to incremental improvements. It’s about big-picture, civilization-level change.

According to X, the Moonshot Factory, “The combination of a huge problem, a radical solution to that problem, and the breakthrough technology that just might make that solution possible is the essence of a moonshot.” Self-driving electric cars, internet-beaming hot air balloons, and a pill that can detect cancer cells are all examples of moonshots.

Yet it’s important to recognize that moonshot thinking doesn’t just have to rely on technology. 10x improvements in societal values, morals, and policies can also happen as a result of moonshot thinking.

We’ve all heard of “thinking big” or ‘big-picture thinking.” Moving beyond that involves having a cosmic perspective. This involves recognizing our place in the vast cosmic arena and the fragility of our planet. It leads to an awareness of the unimaginable potential we have as a species. In the words of Neil deGrasse Tyson,“I want people to see that the cosmic perspective is simultaneously honest about the universe we live in and uplifting, when we realize how far we have come and how wonderful is this world of ours.”

Looking at ourselves from a cosmic perspective is known to inspire more compassion for our fellow human beings. After all, from space, national boundaries and geographic differences disappear, and it becomes clear that at the end of the day, we are all fundamentally human.

This shapes the kinds of projects and organizations we invest our time and energy in. Having a cosmic perspective shifts the ambitions and priorities we set for ourselves to those that matter from a grand perspective. As a species, we become more purpose-driven.

It’s all about having a positive impact on the world

Ultimately the goal is to use these mindsets as catalysts for human progress. It’s not just about creating a product or generating profits, but also about solving a problem and having a positive impact on human lives. According to Peter Diamandis, a billionaire ought to be defined not by how much money he makes, but rather as someone who impacts the life of a billion people.

It’s about asking the right questions, being intelligently optimistic about the future, taking a risk with a moonshot, and maintaining a cosmic perspective.