What It Will Take for Quantum Computers to Turbocharge Machine Learning 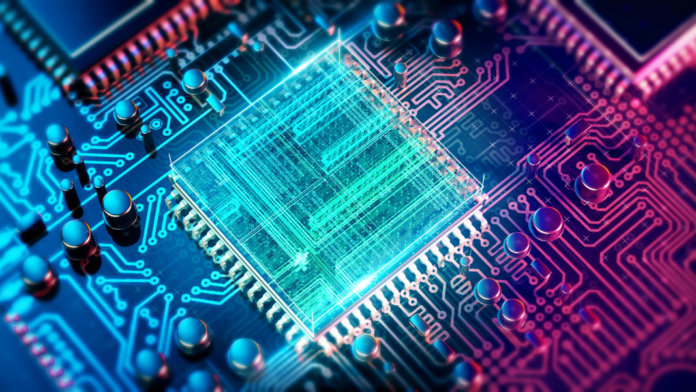 Quantum computers could give the machine learning algorithms at the heart of modern artificial intelligence a dramatic speed up, but how far off are we? An international group of researchers has outlined the barriers that still need to be overcome.

This year has seen a surge of interest in quantum computing, driven in part by Google’s announcement that it will demonstrate “quantum supremacy” by the end of 2017. That means solving a problem beyond the capabilities of normal computers, which the company predicts will take 49 qubits—the quantum computing equivalent of bits.

As impressive as such a feat would be, the demonstration is likely to be on an esoteric problem that stacks the odds heavily in the quantum processor’s favor, and getting quantum computers to carry out practically useful calculations will take a lot more work.

But these devices hold great promise for solving problems in fields as diverse as cryptography or weather forecasting. One application people are particularly excited about is whether they could be used to supercharge the machine learning algorithms already transforming the modern world.

The potential is summarized in a recent review paper in the journal Nature written by a group of experts from the emerging field of quantum machine learning.

Because of the way quantum computers work—taking advantage of strange quantum mechanical effects like entanglement and superposition—algorithms running on them should in principle be able to solve problems much faster than the best known classical algorithms, a phenomenon known as quantum speedup.

Designing these algorithms is tricky work, but the authors of the review note that there has been significant progress in recent years. They highlight multiple quantum algorithms exhibiting quantum speedup that could act as subroutines, or building blocks, for quantum machine learning programs.

We still don’t have the hardware to implement these algorithms, but according to the researchers the challenge is a technical one and clear paths to overcoming them exist. More challenging, they say, are four fundamental conceptual problems that could limit the applicability of quantum machine learning.

The first two are the input and output problems. Quantum computers, unsurprisingly, deal with quantum data, but the majority of the problems humans want to solve relate to the classical world. Translating significant amounts of classical data into the quantum systems can take so much time it can cancel out the benefits of the faster processing speeds, and the same is true of reading out the solution at the end.

The input problem could be mitigated to some extent by the development of quantum random access memory (qRAM)—the equivalent to RAM in a conventional computer used to provide the machine with quick access to its working memory. A qRAM can be configured to store classical data but allow the quantum computers to access all that information simultaneously as a superposition, which is required for a variety of quantum algorithms. But the authors note this is still a considerable engineering challenge and may not be sustainable for big data problems.

Closely related to the input/output problem is the costing problem. At present, the authors say very little is known about how many gates—or operations—a quantum machine learning algorithm will require to solve a given problem when operated on real-world devices. It’s expected that on highly complex problems they will offer considerable improvements over classical computers, but it’s not clear how big problems have to be before this becomes apparent.

Finally, whether or when these advantages kick in may be hard to prove, something the authors call the benchmarking problem. Claiming that a quantum algorithm can outperform any classical machine learning approach requires extensive testing against these other techniques that may not be feasible.

They suggest that this could be sidestepped by lowering the standards quantum machine learning algorithms are currently held to. This makes sense, as it doesn’t really matter whether an algorithm is intrinsically faster than all possible classical ones, as long as it’s faster than all the existing ones.

Another way of avoiding some of these problems is to apply these techniques directly to quantum data, the actual states generated by quantum systems and processes. The authors say this is probably the most promising near-term application for quantum machine learning and has the added benefit that any insights can be fed back into the design of better hardware.

“This would enable a virtuous cycle of innovation similar to that which occurred in classical computing, wherein each generation of processors is then leveraged to design the next-generation processors,” they conclude.