How Close Is Turing’s Dream of Conversational Machines? 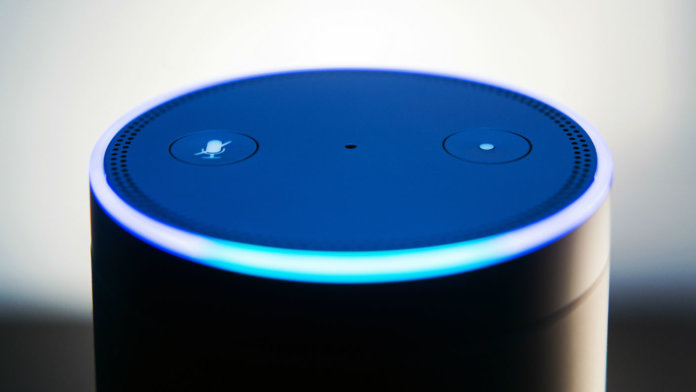 The quest for conversational artificial intelligence has been a long one.

When Alan Turing, the father of modern computing, racked his considerable brains for a test that would truly indicate that a computer program was intelligent, he landed on this area. If a computer could convince a panel of human judges that they were talking to a human—if it could hold a convincing conversation—then it would indicate that artificial intelligence had advanced to the point where it was indistinguishable from human intelligence.

This gauntlet was thrown down in 1950 and, so far, no computer program has managed to pass the Turing test.

There have been some very notable failures, however: Joseph Weizenbaum, as early as 1966—when computers were still programmed with large punch-cards—developed a piece of natural language processing software called ELIZA. ELIZA was a machine intended to respond to human conversation by pretending to be a psychotherapist; you can still talk to her today.

Talking to ELIZA is a little strange. She’ll often rephrase things you’ve said back at you: so, for example, if you say “I’m feeling depressed,” she might say “Did you come to me because you are feeling depressed?” When she’s unsure about what you’ve said, ELIZA will usually respond with “I see,” or perhaps “Tell me more.”

For the first few lines of dialogue, especially if you treat her as your therapist, ELIZA can be convincingly human. This was something Weizenbaum noticed and was slightly alarmed by: people were willing to treat the algorithm as more human than it really was. Before long, even though some of the test subjects knew ELIZA was just a machine, they were opening up with some of their deepest feelings and secrets. They were pouring out their hearts to a machine. When Weizenbaum’s secretary spoke to ELIZA, even though she knew it was a fairly simple computer program, she still insisted Weizenbaum leave the room.

Part of the unexpected reaction ELIZA generated may be because people are more willing to open up to a machine, feeling they won’t be judged, even if the machine is ultimately powerless to do or say anything to really help. The ELIZA effect was named for this computer program: the tendency of humans to anthropomorphize machines, or think of them as human.

Weizenbaum himself, who later became deeply suspicious of the influence of computers and artificial intelligence in human life, was astonished that people were so willing to believe his script was human. He wrote, “I had not realized…that extremely short exposures to a relatively simple computer program could induce powerful delusional thinking in quite normal people.”

“Consciously, you know you’re talking to a big block of code stored somewhere out there in the ether. But subconsciously, you might feel like you’re interacting with a human.”

The ELIZA effect may have disturbed Weizenbaum, but it has intrigued and fascinated others for decades. Perhaps you’ve noticed it in yourself, when talking to an AI like Siri, Alexa, or Google Assistant—the occasional response can seem almost too real. Consciously, you know you’re talking to a big block of code stored somewhere out there in the ether. But subconsciously, you might feel like you’re interacting with a human.

Yet the ELIZA effect, as enticing as it is, has proved a source of frustration for people who are trying to create conversational machines. Natural language processing has proceeded in leaps and bounds since the 1960s. Now you can find friendly chatbots like Mitsuku—which has frequently won the Loebner Prize, awarded to the machines that come closest to passing the Turing test—that aim to have a response to everything you might say.

In the commercial sphere, Facebook has opened up its Messenger program and provided software for people and companies to design their own chatbots. The idea is simple: why have an app for, say, ordering pizza when you can just chatter to a robot through your favorite messenger app and make the order in natural language, as if you were telling your friend to get it for you?

Startups like Semantic Machines hope their AI assistant will be able to interact with you just like a secretary or PA would, but with an unparalleled ability to retrieve information from the internet. They may soon be there.

But people who engineer chatbots—both in the social and commercial realm—encounter a common problem: the users, perhaps subconsciously, assume the chatbots are human and become disappointed when they’re not able to have a normal conversation. Frustration with miscommunication can often stem from raised initial expectations.

So far, no machine has really been able to crack the problem of context retention—understanding what’s been said before, referring back to it, and crafting responses based on the point the conversation has reached. Even Mitsuku will often struggle to remember the topic of conversation beyond a few lines of dialogue.

“For everything you say, there could be hundreds of responses that would make sense. When you travel a layer deeper into the conversation, those factors multiply until you end up with vast numbers of potential conversations.”

This is, of course, understandable. Conversation can be almost unimaginably complex. For everything you say, there could be hundreds of responses that would make sense. When you travel a layer deeper into the conversation, those factors multiply until—like possible games of Go or chess—you end up with vast numbers of potential conversations.

But that hasn’t deterred people from trying, most recently, tech giant Amazon, in an effort to make their AI voice assistant, Alexa, friendlier. They have been running the Alexa Prize competition, which offers a cool $500,000 to the winning AI—and a bonus of a million dollars to any team that can create a ‘socialbot’ capable of sustaining a conversation with human users for 20 minutes on a variety of themes.

Topics Alexa likes to chat about include science and technology, politics, sports, and celebrity gossip. The finalists were recently announced: chatbots from universities in Prague, Edinburgh, and Seattle. Finalists were chosen according to the ratings from Alexa users, who could trigger the socialbots into conversation by saying “Hey Alexa, let’s chat,” although the reviews for the socialbots weren’t always complimentary.

By narrowing down the fields of conversation to a specific range of topics, the Alexa Prize has cleverly started to get around the problem of context—just as commercially available chatbots hope to do. It’s much easier to model an interaction that goes a few layers into the conversational topic if you’re limiting those topics to a specific field.

Developing a machine that can hold almost any conversation with a human interlocutor convincingly might be difficult. It might even be a problem that requires artificial general intelligence to truly solve, rather than the previously-employed approaches of scripted answers or neural networks that associate inputs with responses.

But a machine that can have meaningful interactions that people might value and enjoy could be just around the corner. The Alexa Prize winner is announced in November. The ELIZA effect might mean we will relate to machines sooner than we’d thought.

So, go well, little socialbots. If you ever want to discuss the weather or what the world will be like once you guys take over, I’ll be around. Just don’t start a therapy session.