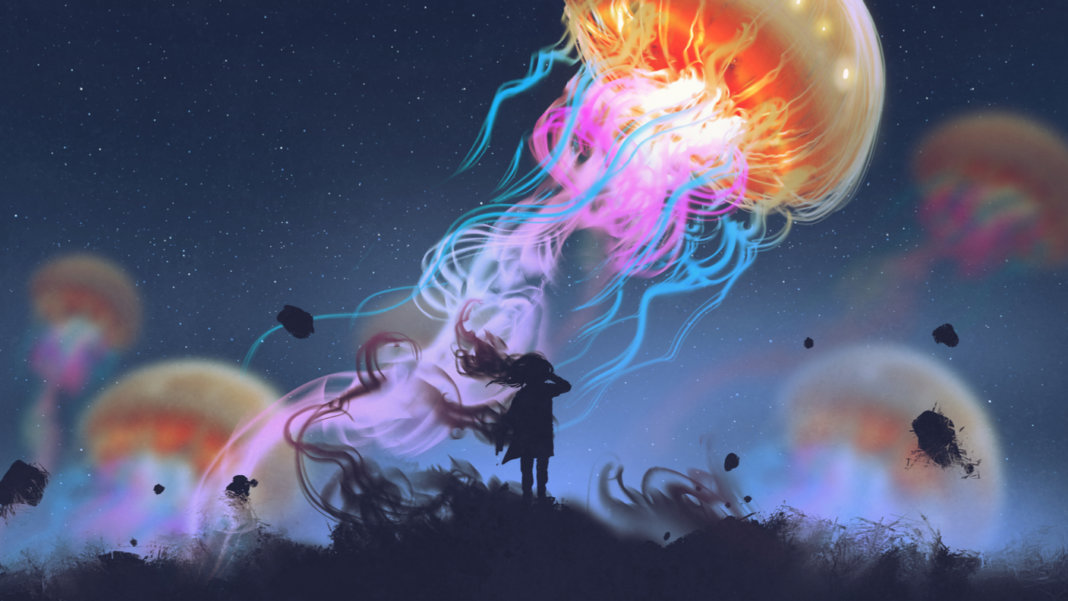 The best storytellers react to their audience. They look for smiles, signs of awe, or boredom; they simultaneously and skillfully read both the story and their sitters. Kevin Brooks, a seasoned storyteller working for Motorola’s Human Interface Labs, explains, “As the storyteller begins, they must tune in to… the audience’s energy. Based on this energy, the storyteller will adjust their timing, their posture, their characterizations, and sometimes even the events of the story. There is a dialog between audience and storyteller.”

Shortly after I read the script to Melita, the latest virtual reality experience from Madrid-based immersive storytelling company Future Lighthouse, CEO Nicolas Alcalá explained to me that the piece is an example of “reactive content,” a concept he’s been working on since his days at Singularity University.

For the first time in history, we have access to technology that can merge the reactive and affective elements of oral storytelling with the affordances of digital media, weaving stunning visuals, rich soundtracks, and complex meta-narratives in a story arena that has the capability to know you more intimately than any conventional storyteller could.

It’s no understatement to say that the storytelling potential here is phenomenal.

In short, we can refer to content as reactive if it reads and reacts to users based on their body rhythms, emotions, preferences, and data points. Artificial intelligence is used to analyze users’ behavior or preferences to sculpt unique storylines and narratives, essentially allowing for a story that changes in real time based on who you are and how you feel.

This means being able to subtly insert minor personal details that have a specific meaning to the viewer. When we talk to our friends we often use experiences we’ve shared in the past or knowledge of our audience to give our story as much resonance as possible. Targeting personal memories and aspects of our lives is a highly effective way to elicit emotions and aid in visualizing narratives. When you can do this with the addition of visuals, music, and characters—all lifted from someone’s past—you have the potential for overwhelmingly engaging and emotionally-charged content.

Future Lighthouse inform me that for now, reactive content will rely primarily on biometric feedback technology such as breathing, heartbeat, and eye tracking sensors. A simple example would be a story in which parts of the environment or soundscape change in sync with the user’s heartbeat and breathing, or characters who call you out for not paying attention.

The next step would be characters and situations that react to the user’s emotions, wherein algorithms analyze biometric information to make inferences about states of emotional arousal (“why are you so nervous?” etc.). Another example would be implementing the use of “arousal parameters,” where the audience can choose what level of “fear” they want from a VR horror story before algorithms modulate the experience using information from biometric feedback devices.

The company’s long-term goal is to gather research on storytelling conventions and produce a catalogue of story “wireframes.” This entails distilling the basic formula to different genres so they can then be fleshed out with visuals, character traits, and soundtracks that are tailored for individual users based on their deep data, preferences, and biometric information.

The development of reactive content will go hand in hand with a renewed exploration of diverging, dynamic storylines, and multi-narratives, a concept that hasn’t had much impact in the movie world thus far. In theory, the idea of having a story that changes and mutates is captivating largely because of our love affair with serendipity and unpredictability, a cultural condition theorist Arthur Kroker refers to as the “hypertextual imagination.” This feeling of stepping into the unknown with the possibility of deviation from the habitual translates as a comforting reminder that our own lives can take exciting and unexpected turns at any moment.

The inception of the concept into mainstream culture dates to the classic Choose Your Own Adventure book series that launched in the late 70s, which in its literary form had great success. However, filmic takes on the theme have made somewhat less of an impression. DVDs like I’m Your Man (1998) and Switching (2003) both use scene selection tools to determine the direction of the storyline.

A more recent example comes from Kino Industries, who claim to have developed the technology to allow filmmakers to produce interactive films in which viewers can use smartphones to quickly vote on which direction the narrative takes at numerous decision points throughout the film.

The main problem with diverging narrative films has been the stop-start nature of the interactive element: when I’m immersed in a story I don’t want to have to pick up a controller or remote to select what’s going to happen next. Every time the audience is given the option to take a new path (“press this button”, “vote on X, Y, Z”) the narrative— and immersion within that narrative—is temporarily halted, and it takes the mind a while to get back into this state of immersion.

Reactive content has the potential to resolve these issues by enabling passive interactivity—that is, input and output without having to pause and actively make decisions or engage with the hardware. This will result in diverging, dynamic narratives that will unfold seamlessly while being dependent on and unique to the specific user and their emotions. Passive interactivity will also remove the game feel that can often be a symptom of interactive experiences and put a viewer somewhere in the middle: still firmly ensconced in an interactive dynamic narrative, but in a much subtler way.

While reading the Melita script I was particularly struck by a scene in which the characters start to engage with the user and there’s a synchronicity between the user’s heartbeat and objects in the virtual world. As the narrative unwinds and the words of Melita’s character get more profound, parts of the landscape, which seemed to be flashing and pulsating at random, come together and start to mimic the user’s heartbeat.

In 2013, Jane Aspell of Anglia Ruskin University (UK) and Lukas Heydrich of the Swiss Federal Institute of Technology proved that a user’s sense of presence and identification with a virtual avatar could be dramatically increased by syncing the on-screen character with the heartbeat of the user. The relationship between bio-digital synchronicity, immersion, and emotional engagement is something that will surely have revolutionary narrative and storytelling potential.