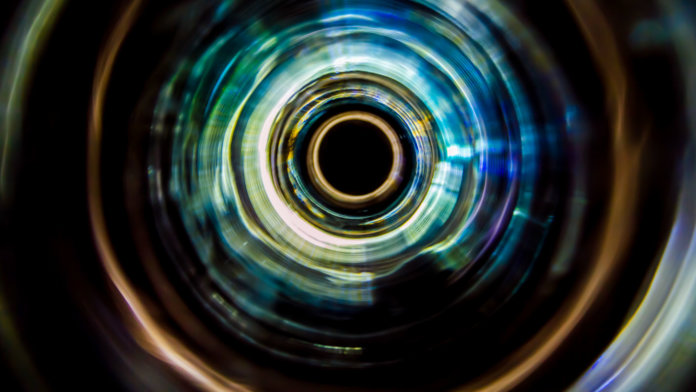 It sounds like the beginning of a Stephen King novel: a protagonist bolts up in bed, his unsuspecting brain picking up ultrasound waves crashing in the air. These waves have the power to fry his delicate neural tissue—instead, they silently spark his neurons into action. Horrified, the man watches his arms pull back the sheets, as if controlled by an amorphous puppeteer.

In both macaque monkeys and sheep, the teams delivered ultrasonic waves across the skull to a brain region the size of a single rice grain. Shockingly, the sound waves interacted with the electrical hum of neurons in the brain, increasing their activity.

By focusing the waves on brain regions that control the eyes or the legs, the scientists could pingpong monkeys’ gazes and move sheeps’ hind legs.

Of course, playing animal puppeteers isn’t the actual goal. Like other non-invasive technologies, ultrasound lets scientists affect select areas of the brain. Like flipping a light switch, scientists can then explore what happens to our minds when certain neural circuits are turned on and off.

“They open the door to new ways of viewing and probing the brain to improve our understanding of feelings, thoughts, and actions,” she explains.

“We should be looking forward to it.”

Mind control has an undeniably sinister undertone. But in reality, methods that allow scientists to tweak the bustling neural pathways in our heads are used for good.

Take transcranial magnetic stimulation (TMS), the poster child for brain stimulation. By waving a magnetic wand shaped like the number eight over various regions in the brain, scientists can target wonky circuits that go awry in a variety of mental disorders, including depression.

Scientists adore non-invasive ways to manipulate brain circuits, and for good reason. Compared to deep brain stimulation, which involves directly implanting electrodes into target sites within the brain, TMS is much safer and easier to implement.

But magnetic waves do have two giant pitfalls. For one, they skim across the surface of the brain. This limits their powers mostly to circuits within the cortex, missing crucial structures such as those for memory, motivation, and reward.

For another, they’re hard to target. For example, TMS is heavily influenced by brain structure and size. How activity spreads from the site of stimulation is an open question. This makes it hard to link a behavioral outcome to the targeted brain region.

Like many discoveries, focused ultrasound stimulation (FUS) popped onto scientists’ radar for an entirely different reason—epilepsy.

“[It] is used to make lesions in the brain,” explains Mayberg.

In epilepsy patients where the only treatment option is to remove the seizure-laden brain region, ultrasound acts like a surgical blade to slice away the problem area. Because epilepsy often starts deep within the temporal lobe, where memory circuits lay, ultrasound can obviously penetrate far into the brain.

This got scientists thinking: rather than damaging brain tissue, can we lower the intensity and instead use ultrasound to change its activity?

The answer, according to initial experiments in neuronal cultures, is yes. Way back in the 1990s, a team sliced up living tissue from a mouse’s hippocampus and pulsed it with 500 kHz sound waves (about 25 times too high for human ears to register). The waves depressed activity in some circuits, while boosting firing in others.

Subsequent studies in mice corroborated these initial results: ultrasound can alter neuronal activity, even when delivered outside the mice’s cardboard-like skulls.

But can it also penetrate our thicker, sturdier protection to tweak the brain?

Generally, scientists first put test animals to sleep before delivering ultrasound pulses to a motor region in the brain. In this way, they can easily link stimulation to response—a leg twitch, for example—without having to worry about the animal’s own neural activity.

But we wanted to see if ultrasound can safely and effectively change the monkeys’ behavior, explains Kubanek.

His team first trained a monkey on a simple task: it had to look either left or right at a glowing target, whichever appeared first. The monkey received a drop of fruit juice every time he got it right, and soon learned the task.

The scientists then added ultrasound into the mix. When they focused the beam on the left side of the brain’s visual center (which controls the right eye), the monkey began looking far more often at the right target, even if it wasn’t the correct response.

Shifting stimulation to the right side of the brain had the opposite effect: the monkey began looking far more frequently to the left.

“The results were significant and reproducible,” says Kubanek.

The stimulation didn’t cause any obvious signs of brain injury when scientists later examined the region. A promising result, given that ultrasound’s original use was to zap diseased tissue to smithereens.

Kubanek’s results bolster a previous case of ultrasound stimulation in human volunteers. There, a generator placed on the scalp delivered a burst of ultrasound waves across the subject’s sensory cortex.

The beam, similar in size to a finger, poked a brain region that was only a few millimeters wide—much more specific than TMS. The volunteers performed better on a task discriminating between two tactile sensations, but none reported actually feeling any of the effects of the stimulation, causing scientists to ask at that time if the effect is real.

While monkeys can’t report their feelings, Kubanek’s study does add evidence to the nascent field that ultrasound is doing something powerful enough to change behavior.

A second study, presented by Dr. Seung-Schik Yoo from Harvard University, offers a headset to scientists eager to bring FUS into mainstream.

“For translation to humans we need a FUS platform that is wearable and equipped with image-guidance to ‘visualize’ acoustic focus,” says Yoo.

The headset, weighing just a quarter pound, looks somewhat like a hockey puck with three arms. The puck holds the FUS transducer that sends out ultrasonic waves. Each of the arms is equipped with optical trackers, which help scientists track and reconstruct the acoustic beam into computerized visuals.

The team first implanted the headset on sheep, which have a similar skull shape on the roof of their heads as humans.

“Overall design will be similar for humans, except that a wearable headgear will be used instead of an implanted pedestal,” explains Yoo.

To track the acoustic beam, roughly the size of “an orzo pasta,” the team developed software that predicts the location and intensity of the ultrasound focus point in real time. Focusing the sheep’s motor cortex, the team was able to move its hind leg muscles using only ultrasound.

The team is now working on tweaking parameters to either stimulate or suppress the brain, and bringing the headset towards human use.

“The ability to stimulate a specific brain location with great precision, all without any surgery or medication, is expected to empower us to develop various new strategies to remedy diseases and conditions that are associated with neural systems,” says Yoo.

As “the new kid on the block,” ultrasound—with its ability to penetrate deep and specifically into neural circuits—embodies a growth spurt in the field of brain stimulation.

“The tools themselves are changing what’s possible,” says Mayberg. “I think we’re now in a renaissance in a fairly short-lived field.”