Neuroscience Could Bring Us Eternal Bliss, But Is That a Good Thing? 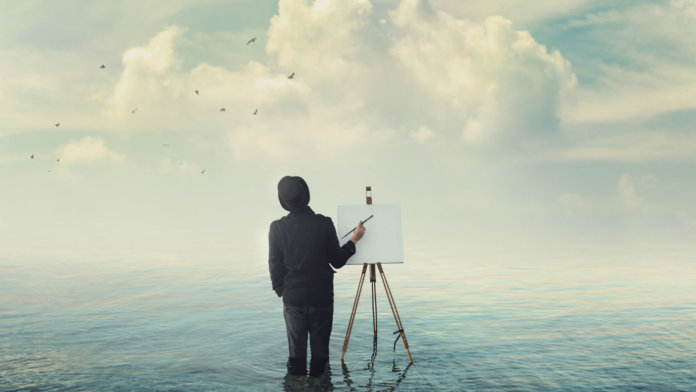 What if the secret to eternal happiness is a brain implant?

If you’re thinking that sounds like the premise of a Black Mirror episode, you’re not alone. Yet at the Society for Neuroscience annual conference earlier this month, two teams demonstrated parts of a new technology that may one day take us there.

Picture this: a series of tiny electrodes sit silently in various parts of the brain, recording the organ’s electrical activity in real time. The data is fed into a personalized algorithm—a “mood map”—that can estimate a person’s general mood based on brain waves alone.

When the system detects patterns that indicate the onset of a depressive episode, it sends out electrical zaps targeting the brain’s mood centers. Under the watchful eye of the algorithm, the system continues its stimulation until the malfunctioning circuits are shocked back into a “happy” state.

Here, the algorithm is in complete charge. Every zap and tweak happens under the hood. The system doesn’t need guidance from a physician, and the person isn’t aware of the zaps—that is, other than a general sense of relief from sadness.

“The brain is very different from all other organs because of its networking and adaptability,” says Justin Sanchez, program manager at DARPA. “Real-time, closed-loop neural interfaces allow us to move beyond the traditional static view of the brain and into a realm of precision therapy.”

Although the system is aimed at helping people with mental illness, its potential impact may reach a far wider slice of society.

Without doubt, brain surgery is a high price to pay for “stimulated happiness,” especially for the average person. Yet it’s conceivable that components of the system may eventually be replaced by non-invasive ways to measure and stimulate brain activity.

What happens then? Would you trust others with direct, constant, chronic access to your inner feelings? Would you be tempted to drown out all other emotions with happiness?

The core of the system relies on a decades-old technology, deep brain stimulation (DBS).

First approved for treating movement symptoms in Parkinson’s disease, DBS relies on electrodes directly implanted into the brain to deliver electrical pulses. These pulses interact with local neurons and alter their activity.

Like tossing a pebble into a pond of still water, changes to this core group of neurons ripple out across neural circuits. Although neuroscientists haven’t quite figured out the specific mechanisms, DBS seems to provide relief to a slew of neurological disorders. That is, at least in small, scattered trials.

In one early demonstration of the power of DBS, a scientist turned the stimulation system on and off while asking a patient with depression how she felt. Incredibly, the patient only reported feelings of “a cloud lifting” when the system was on—even though she wasn’t aware that the researcher had flipped on the electrical pulses.

This and other early success stories prompted a recent large-scale trial with 90 people with depression. The bad news: on average, the study did not find any improvements after a year of treatment.

But to Dr. Edward Chang, a neuroscientist at University of California, San Francisco (UCSF) who is leading one of the projects, that’s not the end of the story.

Most DBS systems treat depression like the same thing, whether or not the person exhibits different symptoms. These systems pound the brain with constant electrical pulses. The stimulation protocol is set by a physician, rather than according to the patient’s actual brain state.

The key, according to Chang, is to design implants specifically to treat symptoms tailored to each individual—and to turn the system on only when needed.

Together with Dr. Omid G. Sani, an electrical engineer at the University of Southern California, the team developed an algorithm that translates brain waves to subjective feelings of mood.

His team worked with six patients with epilepsy, who already have electrodes implanted into their brains to hunt down the source of their seizures. Over a period of one to three weeks, the team tracked each patient’s brain activity in detail, while monitoring their mood through a standardized questionnaire.

By comparing the two types of information, the team developed an algorithm that extracted a small number of “neural predictors”—dynamic patterns of activity in neural networks—that could accurately predict a person’s ever-changing feelings.

A few “hotspots” emerged, including the limbic system, a previously identified hub for regulating mood and motivation.

This is also the first step towards personalized stimulation therapies for depression based on feedback of the estimated mood, he adds.

According to Nature, Sani and Cheng have already developed a prototype system ready for human tests. Similar closed-loop systems have already been tested in a handful of people, but Cheng stresses that these preliminary results need to be further validated.

Dubbed “trans-diagnostics,” the approach looks at commonalities in different psychiatric disorders, rather than a specific mood disorder. The team then develops algorithms that capture and distill brain activity associated with these common traits—for example, increased anxiety, forgetfulness, or lack of empathy.

To Eskandar, brain waves are only a small part of the data. His team also hopes to record the activity from individual neurons, in a bid to identify those that go awry in mental illness.

It’s a highly ambitious goal. If successful, Eskandar would be able to hunt down disease symptoms from single neurons to neural circuits to brain-wide activity—a full, multi-layered atlas for physicians to consult for treatment options.

As a taste of what-could-be, they presented an algorithm at the conference that detects when people have a lapse in attention. The participants were asked to concentrate on a task—for example, identifying emotions on computer-generated faces—while having their brain activity monitored. The algorithm eventually learns to pick out neural activity patterns associated with distraction.

When the team stimulated the volunteers’ brains in a region normally responsible for decision-making, their performance in the task markedly improved. The “scatterbrain” neural activity patterns also disappeared.

The team is now working on automating the process so that the algorithm directly triggers stimulation during lapses in attention.

Would you trust brain implants that can regulate your mood on your behalf? https://t.co/lv0gCy8RKZ

If realized, these DARPA projects would completely transform our treatment of mental illnesses. But scientists are already worried that we may be stumbling into an ethical minefield.

To fully implement these closed-loop systems, the algorithm has to know at all times a person’s true feelings. Although it doesn’t explicitly report mood fluctuations, the data is accessible to researchers and physicians. And if such a treatment is ever commercialized, could patients trust companies to keep their inner feelings safe and private?

Some scientists are also worried what an electric happy pill would mean for a person’s sense of self.

“With any treatment of any brain disease we risk trying to make everyone the same, and treat any variation from the norm as sickness,” remarked Dr. Karen Rommelfanger at Emory University with regards to DBS.

“We want to have magical thinking. But are we going to eradicate depression? No, and we shouldn’t. Being human means the full spectrum of experience,” she says.

It’s never too early to begin these conversations. But to Chang, the near-term benefits—knowing when someone relapses before the full gamut of symptoms strike—already make the projects worthwhile.

“For the first time we’re going to have a window on the brain,” he says.