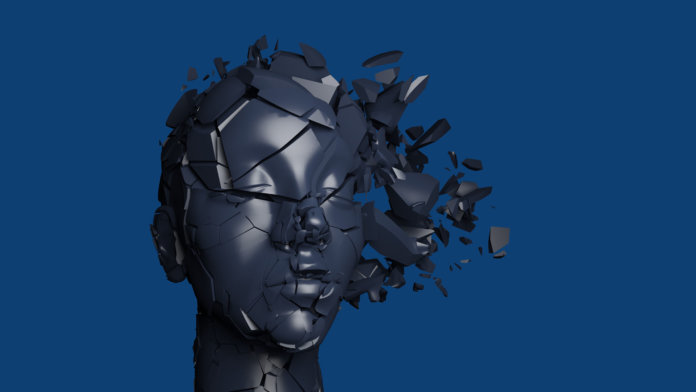 The key difference between science fiction and fantasy is that science fiction is entirely possible because of its grounding in scientific facts, while fantasy is not. This is where Black Mirror is both an entertaining and terrifying work of science fiction. Created by Charlie Brooker, the anthological series tells cautionary tales of emerging technology that could one day be an integral part of our everyday lives.

While watching the often alarming episodes, one can’t help but recognize the eerie similarities to some of the tech tools that are already abundant in our lives today. In fact, many previous Black Mirror predictions are already becoming reality.

The latest season of Black Mirror was arguably darker than ever. This time, Brooker seemed to focus on the ethical implications of one particular area: neurotechnology.

Warning: The remainder of this article may contain spoilers from Season 4 of Black Mirror.

Most of the storylines from season four revolve around neurotechnology and brain-machine interfaces. They are based in a world where people have the power to upload their consciousness onto machines, have fully immersive experiences in virtual reality, merge their minds with other minds, record others’ memories, and even track what others are thinking, feeling, and doing.

How can all this ever be possible? Well, these capabilities are already being developed by pioneers and researchers globally. Early last year, Elon Musk unveiled Neuralink, a company whose goal is to merge the human mind with AI through a neural lace. We’ve already connected two brains via the internet, allowing one brain to communicate with another. Various research teams have been able to develop mechanisms for “reading minds” or reconstructing memories of individuals via devices. The list goes on.

With many of the technologies we see in Black Mirror it’s not a question of if, but when. Futurist Ray Kurzweil has predicted that by the 2030s we will be able to upload our consciousness onto the cloud via nanobots that will “provide full-immersion virtual reality from within the nervous system, provide direct brain-to-brain communication over the internet, and otherwise greatly expand human intelligence.” While other experts continue to challenge Kurzweil on the exact year we’ll accomplish this feat, with the current exponential growth of our technological capabilities, we’re on track to get there eventually.

As always, technology is only half the conversation. Equally fascinating are the many ethical and moral questions this topic raises.

For instance, with the increasing convergence of artificial intelligence and virtual reality, we have to ask ourselves if our morality from the physical world transfers equally into the virtual world. The first episode of season four, USS Calister, tells the story of a VR pioneer, Robert Daley, who creates breakthrough AI and VR to satisfy his personal frustrations and sexual urges. He uses the DNA of his coworkers (and their children) to re-create them digitally in his virtual world, to which he escapes to torture them, while they continue to be indifferent in the “real” world.

Audiences are left asking themselves: should what happens in the digital world be considered any less “real” than the physical world? How do we know if the individuals in the virtual world (who are ultimately based on algorithms) have true feelings or sentiments? Have they been developed to exhibit characteristics associated with suffering, or can they really feel suffering? Fascinatingly, these questions point to the hard problem of consciousness—the question of if, why, and how a given physical process generates the specific experience it does—which remains a major mystery in neuroscience.

Towards the end of USS Calister, the hostages of Daley’s virtual world attempt to escape through suicide, by committing an act that will delete the code that allows them to exist. This raises yet another mind-boggling ethical question: if we “delete” code that signifies a digital being, should that be considered murder (or suicide, in this case)? Why shouldn’t it? When we murder someone we are, in essence, taking away their capacity to live and to be, without their consent. By unplugging a self-aware AI, wouldn’t we be violating its basic right to live in the same why? Does AI, as code, even have rights?

Brain implants can also have a radical impact on our self-identity and how we define the word “I”. In the episode Black Museum, instead of witnessing just one horror, we get a series of scares in little segments. One of those segments tells the story of a father who attempts to reincarnate the mother of his child by uploading her consciousness into his mind and allowing her to live in his head (essentially giving him multiple personality disorder). In this way, she can experience special moments with their son.

With “no privacy for him, and no agency for her” the good intention slowly goes very wrong. This story raises a critical question: should we be allowed to upload consciousness into limited bodies? Even more, if we are to upload our minds into “the cloud,” at what point do we lose our individuality to become one collective being?

These questions can form the basis of hours of debate, but we’re just getting started. There are no right or wrong answers with many of these moral dilemmas, but we need to start having such discussions.

The Downside of Dystopian Sci-Fi

Like last season’s San Junipero, one episode of the series, Hang the DJ, had an uplifting ending. Yet the overwhelming majority of the stories in Black Mirror continue to focus on the darkest side of human nature, feeding into the pre-existing paranoia of the general public. There is certainly some value in this; it’s important to be aware of the dangers of technology. After all, what better way to explore these dangers before they occur than through speculative fiction?

A big takeaway from every tale told in the series is that the greatest threat to humanity does not come from technology, but from ourselves. Technology itself is not inherently good or evil; it all comes down to how we choose to use it as a society. So for those of you who are techno-paranoid, beware, for it’s not the technology you should fear, but the humans who get their hands on it.

While we can paint negative visions for the future, though, it is also important to paint positive ones. The kind of visions we set for ourselves have the power to inspire and motivate generations. Many people are inherently pessimistic when thinking about the future, and that pessimism in turn can shape their contributions to humanity.

While utopia may not exist, the future of our species could and should be one of solving global challenges, abundance, prosperity, liberation, and cosmic transcendence. Now that would be a thrilling episode to watch.