Are Solar Roads the Highway of the Future, or a Road to Nowhere? 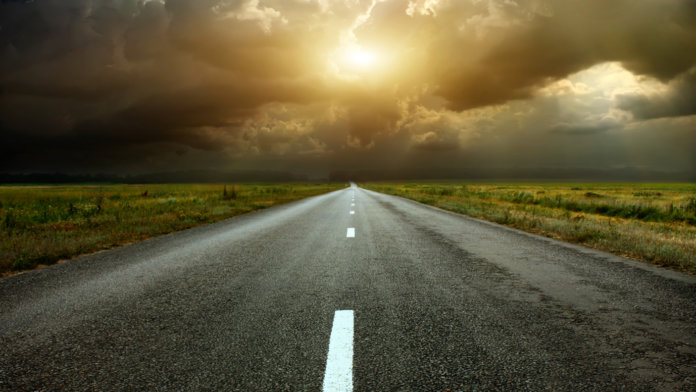 By some back-of-the-envelope estimates, around 0.2–0.5 percent of the world’s land surface is covered in roads. This proportion is projected to increase by 60 percent by 2050. It’s a staggering fraction of territory for one species to claim—and it’s for transportation alone. But what if roads doubled as power generators?

In China, one of the world’s first solar highways is taking shape. Could the solar panel superhighway be the power station of the future?

One of the advantages fossil fuels have over renewable sources of energy is energy density. The reason is fairly simple: fossil fuels are renewable energy, plus millions of years of storage time. Oil, coal, and natural gas are all reserves of energy that built up, ultimately, from plants (and the animals that ate those plants) storing the sun’s energy over millennia with photosynthesis. Naturally, then, fossil fuels are more energy-dense than harnessing the sun’s power in real time.

One of the major obstacles in our efforts to use renewable energy is the amount of physical space needed to harness these energy sources. Our ever-increasing energy consumption makes this a real problem. Primary energy is the total energy input required by humans, from all sources—including fossil fuels and renewables. We consumed in 2016 478 TW of primary energy, and that figure is growing every year.

For example, if you wanted to supply all of our energy using corn bioethanol, which has a power production density of around 0.2 watts per square meter (one of the worst among biofuels), you need over 2 x 1015 m2 of land just to grow the corn. Unfortunately, this is more than four times the surface area of Earth.

Anti-renewables advocates often use this to crow that a renewable energy infrastructure is impossible. But this is an exaggeration; power density for solar panel arrays in deserts can reach 20 W/m2 or even more, and suddenly you’re dealing with more manageable fractions of the Earth’s surface. Note also that the energy produced by solar panels is in the form of high-grade electricity.

Since going fossil-fuel free means using electricity instead of burning fuels, which is often more efficient, we’d consume less primary energy in a fossil-fuel free world; fossil fuel power plants are not 100 percent efficient, and some lose up to 70 percent of their primary energy converting to electricity. But the massive scale of renewables that could replace them will require a lot of land.

So, it’s only natural that plenty of people have considered the road networks.

Given that the land is already covered, environmental disruption is lower. The power stations don’t suffer from the same remoteness problems you might have in the Sahara; for maintenance and repair, they’re easily accessible…by road. Combine it with LEDs, and you have efficient street-lighting, signage, and road markings. You can even dream that, with wireless power transmission, cars could one day be powered by the very roads they drive on.

The idea might sound far-fetched, but it has a lot of enthusiastic support by governments and companies.

The new Chinese effort, which will sandwich 2 km of solar panels between transparent asphalt and a layer of insulate beneath, is just the latest in a long line of attempts. A more outlandish proposition was shown in Solar Freakin’ Roadways, a viral video with 22 million views that spawned an Indiegogo campaign that raised over $2 million. The promises of Solar Roadways, an Idaho-based startup, bordered on irresponsible, but nevertheless captured the public imagination.

Soon enough, Scott Brusaw, the founder, had a prototype roadway built in his backyard that was generating half the average US power consumption. Unfortunately, Solar Roadways would need more than a little momentum, and the skeptical voices began pouring in. David Biello, writing in Scientific American, noted that “[The glass for the roadways] must be tempered, self-cleaning, and capable of transmitting light to the PV below under trying conditions, among other characteristics—a type of glass that does not yet exist.”

The Chinese method, which uses a new transparent asphalt instead of glass, might surmount this materials problem, as its builders claim it can withstand 10 times more pressure than the normal asphalt variety. Building solar roads is not a one-man or one-country operation; prototypes have been constructed in the Netherlands with a cycle lane constructed by SolaRoad, and in France, with a project that claimed to be the first solar panel road. These projects have been generating power for some years already, so the idea is not in principle impossible. Unfortunately, there’s a big, dream-filled gap between “not impossible” and “practical.”

For a start, there’s the price. Take Scott Brusaw’s Solar Roadways: if you use his price estimates, the cost of replacing the US roadways with solar roads would come in at a cool $56 trillion—so the Indiegogo campaign won’t cut it (unless everyone on the planet can run several of them, with similar success). There’s broad political agreement that the US needs infrastructure investment, but the additional investment required for solar roadways may be a hard sell. China’s solar roadway cost $458 per square meter, compared to Brusaw’s $746—an improvement, but likely not enough.

It’s true that any real solution to our energy crisis needs to be radical and wide-ranging. Cost estimates for similarly radical schemes like Saharan solar panels, or sucking carbon dioxide out of the atmosphere, can also run into trillions of dollars.

But alongside the cost, there’s still a very real question about whether this could work as a solution to the energy crisis. Roads are not always built in the optimal place to put solar panels, and they can’t be at the ideal angle of elevation for solar panels. If cleaning the dust off the Saharan solar panels is a challenge, keeping the roads functioning as roads and power generators at the same time could be a maintenance nightmare. It’s hard to see how placing the panels alongside the roadway doesn’t work out cheaper and better.

Let’s dig into the prototypes, too.

The prototype road in the Netherlands is reported to work “better than expected” by generating “70 kilowatt hours per square meter per year,” according to the spokesman for SolaRoad, comparable to the upper limits of expected production. But 70 kWh is not a huge amount. If you want to use the road to charge your car, 1 square meter gets you around 300 miles a year in a Tesla; given that the average American drives 13,476 miles a year, it’s a drop in the ocean.

What about the power density problem? Scaling up the Netherlands prototype, it would have a power density of 8 W per meter squared. If you spend that $56 trillion on solar roadways, you’d cover around 7.5 x 1010 m2 with panels, and generate 600 GW of electrical power. Not bad—that’s around the electricity consumed by the US today, although total energy consumption is higher. But for $56 trillion, you could do better. And the prospects of actually funding solar roads, when more cost-effective solar and renewables have not been deployed on anything like this scale, are incredibly slim.

The pursuit of the solar roadway in China is symbolic of that country’s newfound commitment to innovative renewable energy solutions. Who knows—one day, with solution-processed solar panels, solar roads may just get cheap and efficient enough to become more realistic. At worst, this kind of a project is a distraction from better solutions. At best, the long and winding road is little more a symbol of how much further we have to go.