Here’s the Tech That Could One Day Track, Boost, or Erase Human Memory 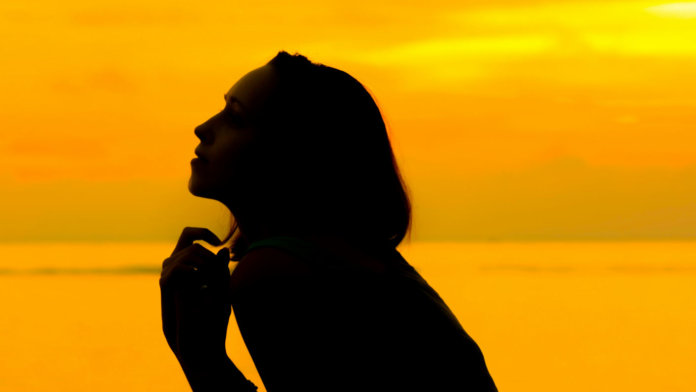 Human memories are notoriously fallible. We forget things, misremember things, and often don’t even know what we no longer know.

What if there was a way to flip through the catalog of our precious memories and, with the push of a button, bring them to our conscious forefront?

That, as some of you may know, is the premise of an episode from Black Mirror, the British sci-fi masterpiece that looks at humanity through the lens of futuristic technologies. While not quite there yet, in the last few years neuroscientists have made astonishing progress towards understanding one of the most fundamental questions about the human brain: where do individual memory “traces” lie in our brains?

An explosion of new technologies have allowed us to identify a memory, erase a memory, or even implant artificial memories, at least in mice.

We’ve always had an intuitive sense of what memories are, but didn’t really understand the mechanisms behind them, says Dr. Alison Preston at the University of Texas.

The ability to chisel out fragile memories from the brain’s massive tangle of neurons is only the first step. When we can isolate an event, a concept, or even an idea based on the chatter of neurons alone, we’re also a touch away from being able to record and manipulate them—to reclaim our memories from the erosion of time.

Welcome to the “golden age” of memory research.

Back in the 2000s, the discovery of so-called “face cells” seemed to suggest that certain memories are wholly kept in individual neurons. When a person saw the face of Jennifer Anniston, for example, a single cell within their visual processing center would activate. The neuron would also perk up if its owner merely thought of the actress’s face, suggesting that it was the bona fide location for the entire concept of Anniston.

Simple? Yes. Correct? Not even close.

These days, neuroscientists generally accept a century-old hypothesis about memories: that they are stored in networks of neurons, scattered among brain regions in a highly distributed manner.

First proposed by psychologist Dr. Karl Lashley in the 1910s, the memory trace (or memory engram) idea has eluded experimental testing for most of modern neuroscience. Only recent new technologies have allowed scientists to pinpoint the set of neurons that make up a specific memory.

Enter CREB, a key protein that jumps into action during learning. Back in 2009, scientists surprisingly found that if you artificially boost the level of CREB in neurons, it makes them more likely to activate and store a memory.

Using a virus, the researchers coaxed neurons in the amygdala—a brain region involved in fear memories—to increase their CREB levels in mice. They then trained the animals to associate a tone with an electrical shock.

Surprisingly, they found that the new memory engram tends to be stored in neurons with high levels of CREB; so much so that when they killed off those neurons with a toxin, the rodents permanently forgot the painful experience.

Soon after, another study confirmed these results: CREB is like the midicholorians of neuronal Jedi—the higher the levels, the greater the chance that they are the chosen ones to use the force, ah-hem, record a memory. The reason is this: CREB causes neurons to be more excitable, so that compared to their neighbors, they’re more eager to record incoming experiences.

The conclusion? If we can artificially activate certain groups of neurons just before learning, we may be able to select where those memories end up, like shuttling new data towards a block in a hard drive.

And if we know which brain cells—hell, which synapses—are storing the memories, it’s a huge step towards bolstering, or eliminating, those connections.

But finding memories is only part of the picture. The true test of the “memory engram” theory is the ability to create memories—recollections of events that never happened.

We can already do this on a crude level. When we bring an event to the forefront of our minds, the brain is working hard to reactivate the same neural connections that were used to store the memory.

However, this exact process also makes the memory fragile and open to change. Multiple studies have shown that memories undergo a process called “reconsolidation” after recall—they are etched into neural circuits, once again—and during this time, it’s remarkably easy to implant falsehoods about that memory.

But neurotechnologies have enabled scientists to go far more precise. In a series of studies, Dr. Susumu Tonegawa at MIT demonstrated how easy it is to artificially link something fearful to a completely benign situation.

In mice, the team used a virus to deliver light-sensitive proteins to activated neurons in the hippocampus, a brain region associated with memory encoding. Then they trained the animals to associate a shock with a chamber.

Neurons that stored this memory sprung to life, and in turn, pumped out these light-sensitive proteins, essentially labeling them as part of the engram.

When the team placed the mice in a completely new, harmless environment, they artificially activated the fear engram with light—voilà, the mice instantly became fearful of the safe place. In contrast, inhibiting the engram neurons with a different frequency of light temporarily “wiped out” their fear of the original shock chamber.

In a later study, the same team linked a similar fearful memory to a great one—the memory of sexual attraction—in essence changing the emotional charge to something positive.

While these technologies are too invasive for humans, cognitive scientists have also been making progress in fishing out our own memories.

“It’s one of the most important revolutions in cognitive neuroscience,” says Dr. Michael Kahana, a neuroscientist at the University of Pennsylvania.

Recent findings suggest that peoples’ neural patterns can be extremely specific, to the point where we can reconstruct the faces they’re seeing, the dreams in their sleep, or even particular scenes from a TV show they’re recalling.

One study looking at people who watched the British show Sherlock, for example, could identify if the volunteer was thinking of a scene with or without the famous detective. Even more intriguingly, that neural pattern was remarkably similar across people—even those who had only heard others describe the scene without ever actually seeing it.

“It was a surprise that we see that same fingerprint when different people are remembering the same scene, describing it in their own words, remembering it in whatever way they want to remember,” says Dr. Janice Chen, who led the study at Johns Hopkins University.

That’s huge: it suggests that fundamentally the human brain encodes and retrieves memories in a similar way, not just for faces or places, but for something much more abstract and general.

In other words, memory decoding may be transferable: if we can use one person’s mental processes to decode memory patterns, we could, in theory, also roughly parse the memory of an unknowing—or unwilling—person.

Even wilder is this: scientists have begun bridging mice studies with humans. Led by DARPA, these experiments use implanted electrodes to record the electrical activity in the hippocampus as humans learn a new task. When activating the same circuit during recall, we could potentially bolster those memories—even if biologically they had already faded into the background.

The quest for memory engrams has been astonishingly fruitful in the last few years. And while we’re still a ways to being able to liberally play with our own memories, it’s no longer impossible to imagine such a future.

A future where—perhaps with the help of newer technologies—we can tap into memory engrams, copy them into external storage devices, and rewind, replay or rewrite those engrams at will.