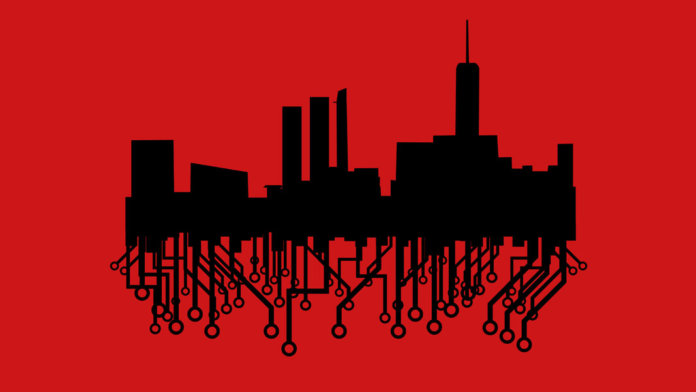 Cryptocurrency fever is heating up. Even the less-than-legitimate websites that hawk opportunities to buy the latest coin are struggling to keep up with its price. Whatever societal or technological value blockchain technology may have in the long run, it’s hard to deny that the market is filled with speculators.

In the midst of this fever, it’s very difficult to come up with rational assessments. If you’re a cryptocurrency enthusiast, people assume that you stand to gain financially from pumping up the price. If you’re against it, proponents will accuse you of sour grapes: you regret the missed opportunity to buy in at a low price, and you’re hoping that the price will crash out of spite. Or perhaps you just have insufficient imagination to understand the revolutionary potential of the blockchain. The cynics say “tulip fever” and “speculation bubble”; the enthusiasts say “HODL” and “fiat is dead.”

Investors argue that Bitcoin’s apparent lack of an intrinsic value beyond what people are willing to pay for it is really just the same flaw that gold, or fiat currency, has. Cynics argue that the whole thing is one vast pump-and-dump scheme, especially when it comes to the more obscure coins. If you think that’s a conspiracy theory, you should see some of the others out there.

Personally, I bow at the altar of the Gartner Technological Hype Cycle. It seems obvious that blockchain technology is extremely overhyped when companies can simply change their names to include the word “blockchain” and enjoy a bump in share price of up to 200 percent—without any real indication of how a company that makes iced tea is going to leverage the incredible power of cryptographic ledgers to its advantage. Blockchain technology may well be the next internet, doing for transactions and record-keeping what the internet did for information—but before the internet conquered all, there was a dotcom bubble and a dotcom crash. When the dust has settled, we shall see, but I’d be surprised if bitcoin doesn’t crash before it settles on a long-term value.

More than speculating over the price, though, I’m preoccupied by the recent spate of reports about the energy use of bitcoin.

Eric Holthaus at Grist noted that the 35 terawatt hours (TWh) used by computers as they crunch through the mathematics required to mine new bitcoins is starting to become a concern. “More than 150 individual countries in the world consume less energy annually. And that power-hungry network is currently increasing its energy use every day by about 450 gigawatt-hours, roughly the same amount of electricity the entire country of Haiti uses in a year,” he writes. As more and more people join the hunt for bitcoin, and the calculations become ever more difficult, the energy consumption of each transaction will only grow.

One of the problems with exponential growth in a finite space is that you quickly run out of room. If this rate of increase in energy consumption continues, in a few years we’ll be straining at the limits of the energy that we can provide. It needn’t necessarily mean the apocalypse for us or for cryptocurrencies. Attempts are being made to create a less energy-intensive blockchain. Still others argue that the 35 TWh figure, based on a single analysis, is too high, but only by a factor of three or so.

Apocalypse aside, though, the energy use required by Bitcoin still seems so wasteful.

The distributed computing power of the blockchain computing network is now far, far in excess of that of the world’s top supercomputers; by some estimates, hundreds of thousands of times more powerful. Technically speaking, the bitcoin mining network’s calculations are optimized for “hashing”—integer calculations that aren’t general-purpose floating point operations—but however you slice it, it’s an extraordinary amount of hardware, power consumption, and potential.

The SHA-256 algorithm that bitcoin miners use is designed to be hard to crack, to prevent any individual from gaining centralized control of the ledger. But the result is that it is terribly wasteful. Emin Gün Sirer, who studies cryptocurrencies at Cornell University, says that it has to be this way: “It’s perverse. Had bitcoin been mined by doing something useful, then there would be a correspondence between useful work and the number of bitcoins you get… That creates a mental anchor point in people’s mind for how much a bitcoin should cost.”

There were some suggestions, like PrimeCoin, that would use its blockchain computing power to calculate chains of prime numbers, or Permacoin (PDF), that also asked for storage space to create data archives. The sad reality is that none of these coins are likely to harness anything close to the computing power dedicated to Bitcoin.

Naturally, I wish that things had transpired such that the computing power had been devoted—at least in part—to science. There have been extraordinary citizen science successes, such as climate@home, SETI@home, and Fold.it which take advantage of idle computing power from the users, as well as idle processing power in our brains in some cases.

There is no shortage of scientific problems crying out for access to computing power, as any graduate students waiting for their turn on their institution’s computing network will attest. Blockchain work could be used to mine the scientific literature for insights, or even for simulating the materials in fusion reactors.

Instead, at a time when we lean on scientific development more than ever to fix the world’s problems, one of the most powerful computer networks in the world is doing idle work just to prove to others that it’s done work. We don’t live in an ideal world, of course; but to this loser who still uses fiat currency to pay for everything, it seems like we missed out on living in a better one.