The 10 Grand Challenges Facing Robotics in the Next Decade 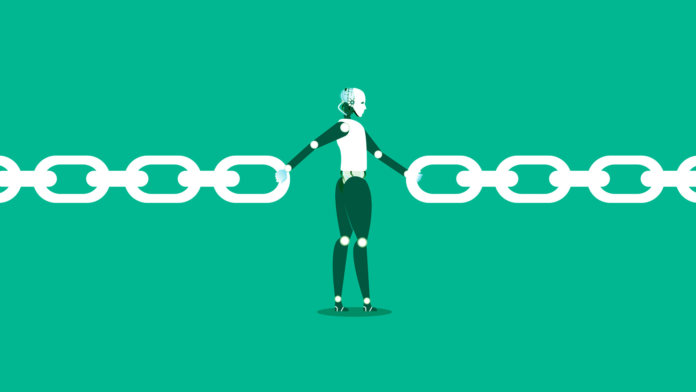 Robotics research has been making great strides in recent years, but there are still many hurdles to the machines becoming a ubiquitous presence in our lives. The journal Science Robotics has now identified 10 grand challenges the field will have to grapple with to make that a reality.

Editors conducted an online survey on unsolved challenges in robotics and assembled an expert panel of roboticists to shortlist the 30 most important topics, which were then grouped into 10 grand challenges that could have major impact in the next 5 to 10 years. Here’s what they came up with.

Roboticists are beginning to move beyond motors, gears, and sensors by experimenting with things like artificial muscles, soft robotics, and new fabrication methods that combine multiple functions in one material. But most of these advances have been “one-off” demonstrations, which are not easy to combine.

Multi-functional materials merging things like sensing, movement, energy harvesting, or energy storage could allow more efficient robot designs. But combining these various properties in a single machine will require new approaches that blend micro-scale and large-scale fabrication techniques. Another promising direction is materials that can change over time to adapt or heal, but this requires much more research.

Nature has already solved many of the problems roboticists are trying to tackle, so many are turning to biology for inspiration or even incorporating living systems into their robots. But there are still major bottlenecks in reproducing the mechanical performance of muscle and the ability of biological systems to power themselves.

There has been great progress in artificial muscles, but their robustness, efficiency, and energy and power density need to be improved. Embedding living cells into robots can overcome challenges of powering small robots, as well as exploit biological features like self-healing and embedded sensing, though how to integrate these components is still a major challenge. And while a growing “robo-zoo” is helping tease out nature’s secrets, more work needs to be done on how animals transition between capabilities like flying and swimming to build multimodal platforms.

Energy storage is a major bottleneck for mobile robotics. Rising demand from drones, electric vehicles, and renewable energy is driving progress in battery technology, but the fundamental challenges have remained largely unchanged for years.

That means that in parallel to battery development, there need to be efforts to minimize robots’ power utilization and give them access to new sources of energy. Enabling them to harvest energy from their environment and transmitting power to them wirelessly are two promising approaches worthy of investigation.

Swarms of simple robots that assemble into different configurations to tackle various tasks can be a cheaper, more flexible alternative to large, task-specific robots. Smaller, cheaper, more powerful hardware that lets simple robots sense their environment and communicate is combining with AI that can model the kind of behavior seen in nature’s flocks.

But there needs to be more work on the most efficient forms of control at different scales—small swarms can be controlled centrally, but larger ones need to be more decentralized. They also need to be made robust and adaptable to the changing conditions of the real world and resilient to deliberate or accidental damage. There also needs to be more work on swarms of non-homogeneous robots with complementary capabilities.

A key use case for robots is exploring places where humans cannot go, such as the deep sea, space, or disaster zones. That means they need to become adept at exploring and navigating unmapped, often highly disordered and hostile environments.

The major challenges include creating systems that can adapt, learn, and recover from navigation failures and are able to make and recognize new discoveries. This will require high levels of autonomy that allow the robots to monitor and reconfigure themselves while being able to build a picture of the world from multiple data sources of varying reliability and accuracy.

Deep learning has revolutionized machines’ ability to recognize patterns, but that needs to be combined with model-based reasoning to create adaptable robots that can learn on the fly.

Key to this will be creating AI that’s aware of its own limitations and can learn how to learn new things. It will also be important to create systems that are able to learn quickly from limited data rather than the millions of examples used in deep learning. Further advances in our understanding of human intelligence will be essential to solving these problems.

Most current approaches to measuring brain activity are expensive and cumbersome, though, so work on compact, low-power, and wireless devices will be important. They also tend to involve extended training, calibration, and adaptation due to the imprecise nature of reading brain activity. And it remains to be seen if they will outperform simpler techniques like eye tracking or reading muscle signals.

If robots are to enter human environments, they will need to learn to deal with humans. But this will be difficult, as we have very few concrete models of human behavior and we are prone to underestimate the complexity of what comes naturally to us.

Social robots will need to be able to perceive minute social cues like facial expression or intonation, understand the cultural and social context they are operating in, and model the mental states of people they interact with to tailor their dealings with them, both in the short term and as they develop long-standing relationships with them.

Medicine is one of the areas where robots could have significant impact in the near future. Devices that augment a surgeon’s capabilities are already in regular use, but the challenge will be to increase the autonomy of these systems in such a high-stakes environment.

Autonomous robot assistants will need to be able to recognize human anatomy in a variety of contexts and be able to use situational awareness and spoken commands to understand what’s required of them. In surgery, autonomous robots could perform the routine steps of a procedure, giving way to the surgeon for more complicated patient-specific bits.

Micro-robots that operate inside the human body also hold promise, but there are still many roadblocks to their adoption, including effective delivery systems, tracking and control methods, and crucially, finding therapies where they improve on current approaches.

As the preceding challenges are overcome and robots are increasingly integrated into our lives, this progress will create new ethical conundrums. Most importantly, we may become over-reliant on robots.

That could lead to humans losing certain skills and capabilities, making us unable to take the reins in the case of failures. We may end up delegating tasks that should, for ethical reasons, have some human supervision, and allow people to pass the buck to autonomous systems in the case of failure. It could also reduce self-determination, as human behaviors change to accommodate the routines and restrictions required for robots and AI to work effectively.