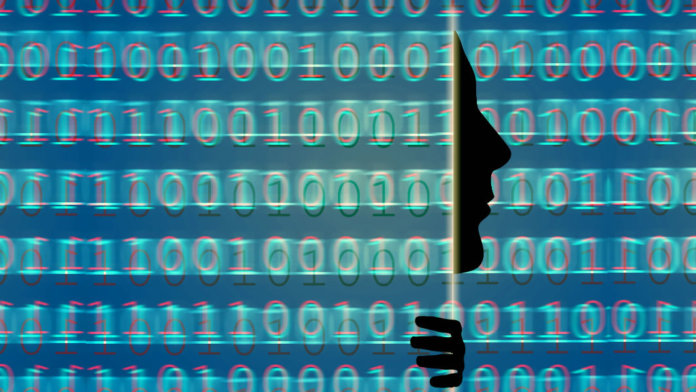 Everyone’s talking about deep fakes: audio-visual imitations of people, generated by increasingly powerful neural networks, that will soon be indistinguishable from the real thing. Politicians are regularly laid low by scandals that arise from audio-visual recordings. Try watching the footage that could be created of Barack Obama from his speeches, and the Lyrebird impersonations. You could easily, today or in the very near future, create a forgery that might be indistinguishable from the real thing. What would that do to politics?

Once the internet is flooded with plausible-seeming tapes and recordings of this sort, how are we going to decide what’s real and what isn’t? Democracy, and our ability to counteract threats, is already threatened by a lack of agreement on the facts. Once you can’t believe the evidence of your senses anymore, we’re in serious trouble. Ultimately, you can dream up all kinds of utterly terrifying possibilities for these deep fakes, from fake news to blackmail.

How to solve the problem? Some have suggested that media websites like Facebook or Twitter should carry software that probes every video to see if it’s a deep fake or not and labels the fakes. But this will prove computationally intensive. Plus, imagine a case where we have such a system, and a fake is “verified as real” by news media algorithms that have been fooled by clever hackers.

The other alternative is even more dystopian: you can prove something isn’t true simply by always having an alibi. Lawfare describes a “solution” where those concerned about deep fakes have all of their movements and interactions recorded. So to avoid being blackmailed or having your reputation ruined, you just consent to some company engaging in 24/7 surveillance of everything you say or do and having total power over that information. What could possibly go wrong?

The point is, in the same way that you don’t need human-level, general AI or humanoid robotics to create systems that can cause disruption in the world of work, you also don’t need a general intelligence to threaten security and wreak havoc on society. Andrew Ng, AI researcher, says that worrying about the risks from superintelligent AI is like “worrying about overpopulation on Mars.” There are clearly risks that arise even from the simple algorithms we have today.

The looming issue of deep fakes is just one of the threats considered by the new malicious AI report, which has co-authors from the Future of Humanity Institute and the Centre for the Study of Existential Risk (among other organizations.) They limit their focus to the technologies of the next five years.

Some of the concerns the report explores are enhancements to familiar threats.

Automated hacking can get better, smarter, and algorithms can adapt to changing security protocols. “Phishing emails,” where people are scammed by impersonating someone they trust or an official organization, could be generated en masse and made more realistic by scraping data from social media. Standard phishing works by sending such a great volume of emails that even a very low success rate can be profitable. Spear phishing aims at specific targets by impersonating family members, but can be labor intensive. If AI algorithms enable every phishing scam to become sharper in this way, more people are going to get gouged.

Then there are novel threats that come from our own increasing use of and dependence on artificial intelligence to make decisions.

These algorithms may be smart in some ways, but as any human knows, computers are utterly lacking in common sense; they can be fooled. A rather scary application is adversarial examples. Machine learning algorithms are often used for image recognition. But it’s possible, if you know a little about how the algorithm is structured, to construct the perfect level of noise to add to an image, and fool the machine. Two images can be almost completely indistinguishable to the human eye. But by adding some cleverly-calculated noise, the hackers can fool the algorithm into thinking an image of a panda is really an image of a gibbon (in the OpenAI example). Research conducted by OpenAI demonstrates that you can fool algorithms even by printing out examples on stickers.

Now imagine that instead of tricking a computer into thinking that a panda is actually a gibbon, you fool it into thinking that a stop sign isn’t there, or that the back of someone’s car is really a nice open stretch of road. In the adversarial example case, the images are almost indistinguishable to humans. By the time anyone notices the road sign has been “hacked,” it could already be too late.

As the OpenAI foundation freely admits, worrying about whether we’d be able to tame a superintelligent AI is a hard problem. It looks all the more difficult when you realize some of our best algorithms can be fooled by stickers; even “modern simple algorithms can behave in ways we do not intend.”

There are ways around this approach.

Adversarial training can generate lots of adversarial examples and explicitly train the algorithm not to be fooled by them—but it’s costly in terms of time and computation, and puts you in an arms race with hackers. Many strategies for defending against adversarial examples haven’t proved adaptive enough; correcting against vulnerabilities one at a time is too slow. Moreover, it demonstrates a point that can be lost in the AI hype: algorithms can be fooled in ways we didn’t anticipate. If we don’t learn about these vulnerabilities until the algorithms are everywhere, serious disruption can occur. And no matter how careful you are, some vulnerabilities are likely to remain to be exploited, even if it takes years to find them.

Just look at the Meltdown and Spectre vulnerabilities, which weren’t widely known about for more than 20 years but could enable hackers to steal personal information. Ultimately, the more blind faith we put into algorithms and computers—without understanding the opaque inner mechanics of how they work—the more vulnerable we will be to these forms of attack. And, as China dreams of using AI to predict crimes and enhance the police force, the potential for unjust arrests can only increase.

This is before you get into the truly nightmarish territory of “killer robots”—not the Terminator, but instead autonomous or consumer drones which could potentially be weaponized by bad actors and used to conduct attacks remotely. Some reports have indicated that terrorist organizations are already trying to do this.

Somewhere between the excessively hyped prospects of AI that will do everything for us and AI that will destroy the world lies reality: a complex, ever-changing set of risks and rewards. The writers of the malicious AI report note that one of their key motivations is ensuring that the benefits of new technology can be delivered to people as quickly, but as safely, as possible. In the rush to exploit the potential for algorithms and create 21st-century infrastructure, we must ensure we’re not building in new dangers.