Can We Recycle CO2 Emissions to Make Carbon-Neutral Fuel? 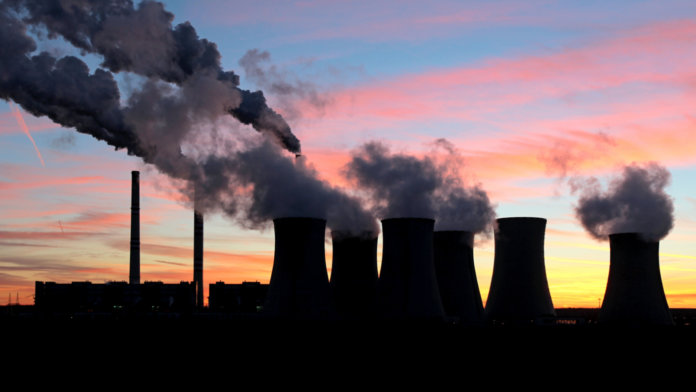 Our failure to curb our carbon emissions is threatening to cause catastrophic climate change within our lifetimes. But what if we could recycle CO2 emitted by power stations and turn it into fuels and valuable chemicals? A new analysis suggests this may be possible within a decade.

Despite progress in renewable energy development, our present trajectory seems unlikely to prevent the 2°C rise in temperature that most experts say would have a disastrous impact on all life on Earth.

That’s prompting a growing number of people to look for alternatives, and one of the leading candidates is carbon capture and storage technology. Chemicals are used to extract CO2 from the exhaust of power stations, and the gas is then piped to a storage location (normally deep underground in depleted oil or gas reservoirs), preventing it from reaching the atmosphere.

But new analysis from researchers at the University of Toronto suggests this method could be a waste of a valuable resource. A new paper in the journal Joule argues that technology that uses electricity and water to reduce CO2 into simple hydrocarbon fuels or small molecules that can act as feedstock for more valuable chemicals could be economically viable in the next five to ten years.

There’s an obvious precedent for using atmospheric CO2 to make fuels and other useful chemicals—the very process that created fossil fuels in the first place.

“Similar to how a plant takes carbon dioxide, sunlight, and water to make sugars for itself, we are interested in using technology to take energy from the sun or other renewable sources to convert CO2 into small building block molecules which can then be upgraded using traditional means of chemistry for commercial use,” Phil De Luna, a PhD candidate and one of the paper’s lead authors, said in a statement.

Turning captured CO2 back into fuels and chemicals rather than burying it underground doesn’t just present a way to monetize what is currently being treated as a waste product. The researchers point out that it could actually help solve the energy storage problem caused by increasing reliance on intermittent renewable sources like solar and wind.

If renewable energy sources are used to power the conversion of CO2 into fuels, the result is effectively carbon-neutral hydrocarbon fuels. These can be stored for use when renewables alone aren’t able to meet demand or used to power vehicles, and importantly, they can take advantage of our preexisting infrastructure of pipes and storage tanks designed for fossil fuels.

The problem is making this process efficient, though. The main advantage of the complex hydrocarbons we currently use as fuel is their high energy density, but this means converting CO2 into these chemicals is incredibly energy–intensive.

In their analysis, the researchers worked out that it will be more energy efficient (and therefore economical) to create smaller, less complex molecules like carbon monoxide, methane, and ethylene that can then be used as building blocks to make complex fuels and chemicals using more established and efficient processes.

Even producing these simple chemicals from CO2 is not economically feasible today, but the researchers say this is likely to change in the next few years. They say companies like Opus-12, Mitsui Chemicals, Carbon Recycling International, Dioxide Materials, and Carbon Electrocatalytic Recycling Toronto are all making good progress toward commercialization. And the approach will only get cheaper as the price of renewable energy continues to fall.

There are also a number of potentially disruptive technologies yet to make it out of the lab that could turbo–charge the approach, the researchers added. There has been considerable progress on photocatalytic approaches that use direct sunlight rather than electricity to power the conversion process. That would remove the need for any kind of electricity infrastructure, making the approach far more flexible and portable.

Scientists have also started experimenting with bio-hybrid approaches that exploit biological enzymes or genetically modified bacteria to convert the products of CO2 conversion into much more complex chemicals.

The researchers admit that their analysis is optimistic, and there are still considerable technical and practical barriers to overcome. Not least, their vision assumes there will be fundamental discoveries of new materials and catalysts that boost the efficiency of the process.

But given the grim outlook when it comes to tackling climate change, some blue sky thinking is probably called for.

“This is still technology for the future,” postdoctoral fellow and co-lead author Oleksandr Bushuyev said in the statement. “But it’s theoretically possible and feasible, and we’re excited about its scale–up and implementation. If we continue to work at this, it’s a matter of time before we have power plants where CO2 is emitted, captured, and converted.”