Can We Make a Musical Turing Test? 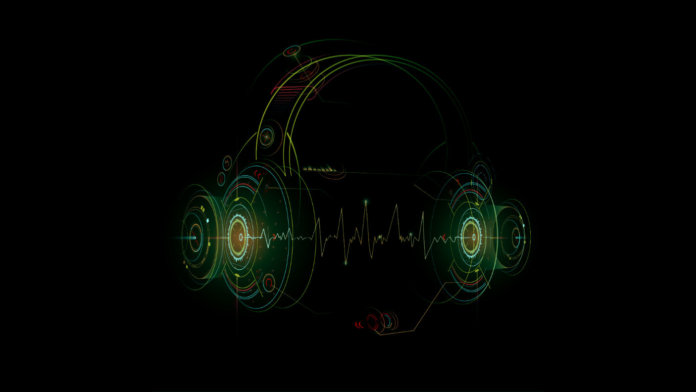 As artificial intelligence advances, we’re encountering the same old questions. How much of what we consider to be fundamentally human can be reduced to an algorithm? Can we create something sufficiently advanced that people can no longer distinguish between the two? This, after all, is the idea behind the Turing Test, which has yet to be passed.

At first glance, you might think music is beyond the realm of algorithms. Birds can sing, and people can compose symphonies. Music is evocative; it makes us feel. Very often, our intense personal and emotional attachments to music are because it reminds us of our shared humanity. We are told that creative jobs are the least likely to be automated. Creativity seems fundamentally human.

But I think above all, we view it as reductionist sacrilege: to dissect beautiful things. “If you try to strangle a skylark / to cut it up, see how it works / you will stop its heart from beating / you will stop its mouth from singing.” A human musician wrote that; a machine might be able to string words together that are happy or sad; it might even be able to conjure up a decent metaphor from the depths of some neural network—but could it understand humanity enough to produce art that speaks to humans?

Then, of course, there’s the other side of the debate. Music, after all, has a deeply mathematical structure; you can train a machine to produce harmonics. “In the teachings of Pythagoras and his followers, music was inseparable from numbers, which were thought to be the key to the whole spiritual and physical universe,” according to Grout in A History of Western Music. You might argue that the process of musical composition cannot be reduced to a simple algorithm, yet musicians have often done so. Mozart, with his “Dice Music,” used the roll of a dice to decide how to order musical fragments; creativity through an 18th-century random number generator. Algorithmic music goes back a very long way, with the first papers on the subject from the 1960s.

Then there’s the techno-enthusiast side of the argument. iTunes has 26 million songs, easily more than a century of music. A human could never listen to and learn from them all, but a machine could. It could also memorize every note of Beethoven. Music can be converted into MIDI files, a nice chewable data format that allows even a character-by-character neural net you can run on your computer to generate music. (Seriously, even I could get this thing working.)

Indeed, generating music in the style of Bach has long been a test for AI, and you can see neural networks gradually learn to imitate classical composers while trying to avoid overfitting. When an algorithm overfits, it essentially starts copying the existing music, rather than being inspired by it but creating something similar: a tightrope the best human artists learn to walk.  Creativity doesn’t spring from nowhere; even maverick musical geniuses have their influences.

Does a machine have to be truly ‘creative’ to produce something that someone would find valuable? To what extent would listeners’ attitudes change if they thought they were hearing a human vs. an AI composition? This all suggests a musical Turing Test. Of course, it already exists. In fact, it’s run out of Dartmouth, the school that hosted that first, seminal AI summer conference. This year, the contest is bigger than ever: alongside the PoetiX, LimeriX and LyriX competitions for poetry and lyrics, there’s a DigiKidLit competition for children’s literature (although you may have reservations about exposing your children to neural-net generated content… it can get a bit surreal).

There’s also a pair of musical competitions, including one for original compositions in different genres. Key genres and styles are represented by Charlie Parker for Jazz and the Bach chorales for classical music. There’s also a free composition, and a contest where a human and an AI try to improvise together—the AI must respond to a human spontaneously, in real time, and in a musically pleasing way. Quite a challenge! In all cases, if any of the generated work is indistinguishable from human performers, the neural net has passed the Turing Test.

Did they? Here’s part of 2017’s winning sonnet from Charese Smiley and Hiroko Bretz:

Generating the rhymes is easy enough, the sentence structure a little trickier, but what’s impressive about this sonnet is that it sticks to a single topic and appears to be a more coherent whole. I’d guess they used associated “lexical fields” of similar words to help generate something coherent. In a similar way, most of the more famous examples of AI-generated music still involve some amount of human control, even if it’s editorial; a human will build a song around an AI-generated riff, or select the most convincing Bach chorale from amidst many different samples.

We are seeing strides forward in the ability of AI to generate human voices and human likenesses. As the latter example shows, in the fake news era people have focused on the dangers of this tech– but might it also be possible to create a virtual performer, trained on a dataset of their original music? Did you ever want to hear another Beatles album, or jam with Miles Davis? Of course, these things are impossible—but could we create a similar experience that people would genuinely value? Even, to the untrained eye, something indistinguishable from the real thing?

And if it did measure up to the real thing, what would this mean? Jaron Lanier is a fascinating technology writer, a critic of strong AI, and a believer in the power of virtual reality to change the world and provide truly meaningful experiences. He’s also a composer and a musical aficionado. He pointed out in a recent interview that translation algorithms, by reducing the amount of work translators are commissioned to do, have, in some sense, profited from stolen expertise. They were trained on huge datasets purloined from human linguists and translators. If you can train an AI on someone’s creative output and it produces new music, who “owns” it?

Although companies that offer AI music tools are starting to proliferate, and some groups will argue that the musical Turing test has been passed already, AI-generated music is hardly racing to the top of the pop charts just yet. Even as the line between human-composed and AI-generated music starts to blur, there’s still a gulf between the average human and musical genius. In the next few years, we’ll see how far the current techniques can take us. It may be the case that there’s something in the skylark’s song that can’t be generated by machines. But maybe not,  and then this song might need an extra verse.