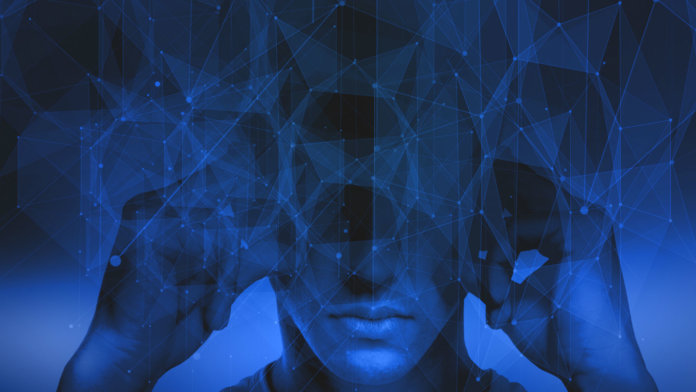 One of the most exciting and frightening outcomes of technological advancement is the potential to merge our minds with machines. If achieved, this would profoundly boost our cognitive capabilities. More importantly, however, it could be a revolution in human identity, emotion, spirituality, and self-awareness.

Brain-machine interface technology is already being developed by pioneers and researchers around the globe. It’s still early and today’s tech is fairly rudimentary, but it’s a fast-moving field, and some believe it will advance faster than generally expected. Futurist Ray Kurzweil has predicted that by the 2030s we will be able to connect our brains to the internet via nanobots that will “provide full-immersion virtual reality from within the nervous system, provide direct brain-to-brain communication over the internet, and otherwise greatly expand human intelligence.” Even if the advances are less dramatic, however, they’ll have significant implications.

How might this technology affect human consciousness? What about its implications on our sentience, self-awareness, or subjective experience of our illusion of self?

Consciousness can be hard to define, but a holistic definition often encompasses many of our most fundamental capacities, such as wakefulness, self-awareness, meta-cognition, and sense of agency. Beyond that, consciousness represents a spectrum of awareness, as seen across various species of animals. Even humans experience different levels of existential awareness.

From psychedelics to meditation, there are many tools we already use to alter and heighten our conscious experience, both temporarily and permanently. These tools have been said to contribute to a richer life, with the potential to bring experiences of beauty, love, inner peace, and transcendence. Relatively non-invasive, these tools show us what a seemingly minor imbalance of neurochemistry and conscious internal effort can do to the subjective experience of being human.

The Tools for Self-Transcendence

At the basic level, we are currently seeing the rise of “consciousness hackers” using techniques like non-invasive brain stimulation through EEG, nutrition, virtual reality, and ecstatic experiences to create environments for heightened consciousness and self-awareness. In Stealing Fire, Steven Kotler and Jamie Wheal explore this trillion-dollar altered-states economy and how innovators and thought leaders are “harnessing rare and controversial states of consciousness to solve critical challenges and outperform the competition.” Beyond enhanced productivity, these altered states expose our inner potential and give us a glimpse of a greater state of being.

Expanding consciousness through brain augmentation and implants could one day be just as accessible. Researchers are working on an array of neurotechnologies as simple and non-invasive as electrode-based EEGs to invasive implants and techniques like optogenetics, where neurons are genetically reprogrammed to respond to pulses of light. We’ve already connected two brains via the internet, allowing the two to communicate, and future-focused startups are researching the possibilities too. With an eye toward advanced brain-machine interfaces, last year Elon Musk unveiled Neuralink, a company whose ultimate goal is to merge the human mind with AI through a “neural lace.”

Many technologists predict we will one day merge with and, more speculatively, upload our minds onto machines. Neuroscientist Kenneth Hayworth writes in Skeptic magazine, “All of today’s neuroscience models are fundamentally computational by nature, supporting the theoretical possibility of mind-uploading.” This might include connecting with other minds using digital networks or even uploading minds onto quantum computers, which can be in multiple states of computation at a given time.

In their book Evolving Ourselves, Juan Enriquez and Steve Gullans describe a world where evolution is no longer driven by natural processes. Instead, it is driven by human choices, through what they call unnatural selection and non-random mutation. With advancements in genetic engineering, we are indeed seeing evolution become an increasingly conscious process with an accelerated pace. This could one day apply to the evolution of our consciousness as well; we would be using our consciousness to expand our consciousness.

We may be able to come up with predictions of the impact of these technologies on society, but we can only wonder what they will feel like subjectively.

It’s hard to imagine, for example, what our stream of consciousness will feel like when we can process thoughts and feelings 1,000 times faster, or how artificially intelligent brain implants will impact our capacity to love and hate. What will the illusion of “I” feel like when our consciousness is directly plugged into the internet? Overall, what impact will the process of merging with technology have on the subjective experience of being human?

The Evolution of Consciousness

In The Future Evolution of Consciousness, Thomas Lombardo points out, “We are a journey rather than a destination—a chapter in the evolutionary saga rather than a culmination. Just as probable, there will also be a diversification of species and types of conscious minds. It is also very likely that new psychological capacities, incomprehensible to us, will emerge as well.”

Humans are notorious for fearing the unknown. For any individual who has never experienced an altered state, be it spiritual or psychedelic-induced, it is difficult to comprehend the subjective experience of that state. It is why many refer to their first altered-state experience as “waking up,” wherein they didn’t even realize they were asleep.

Similarly, exponential neurotechnology represents the potential of a higher state of consciousness and a range of experiences that are unimaginable to our current default state.