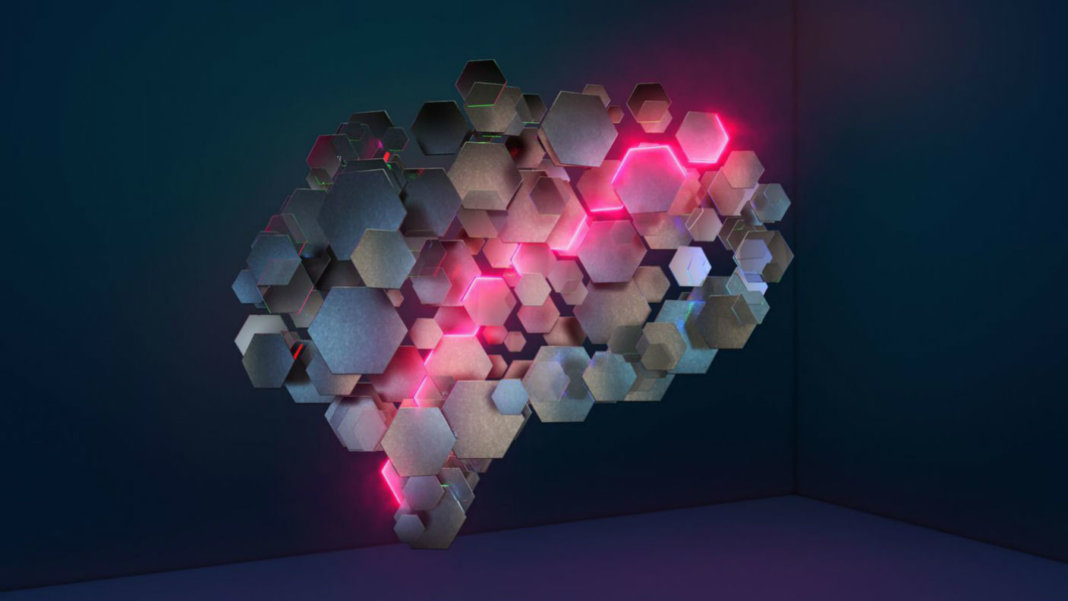 When Google DeepMind researchers trained a neural network to tackle a virtual maze, it spontaneously developed digital equivalents to the specialized neurons called grid cells that mammals use to navigate. Not only did the resulting AI system have superhuman navigation capabilities, the research could provide insight into how our brains work.

Grid cells were the subject of the 2014 Nobel Prize in Physiology or Medicine, alongside other navigation-related neurons. These cells are arranged in a lattice of hexagons, and the brain effectively overlays this pattern onto its environment. Whenever the animal crosses a point in space represented by one of the corners these hexagons, a neuron fires, allowing the animal to track its movement.

Mammalian brains actually have multiple arrays of these cells. These arrays create overlapping grids of different sizes and orientations that together act like an in-built GPS. The system even works in the dark and independently of the animal’s speed or direction.

Exactly how these cell work and the full range of their functions is still somewhat of a mystery though. One recently proposed hypothesis suggests they could be used for vector-based navigation—working out the distance and direction to a target “as the crow flies.”

That’s a useful capability because it makes it possible for animals or artificial agents to quickly work out and choose the best route to a particular destination and even find shortcuts.

So, the researchers at DeepMind decided to see if they could test the idea in silico using neural networks, as they roughly mimic the architecture of the brain.

To start with, they used simulations of how rats move around square and circular environments to train a neural network to do path integration—a technical name for using dead-reckoning to work out where you are by keeping track of what direction and speed you’ve moved from a known point.

They found that, after training, patterns of activity that looked very similar to grid cells spontaneously appeared in one of the layers of the neural network. The researchers hadn’t programmed the model to exhibit this behavior.

To test whether these grid cells could play a role in vector-based navigation, they augmented the network so it could be trained using reinforcement learning. They set it to work navigating challenging virtual mazes and tweaked its performance by giving rewards for good navigation.

The agent quickly learned how to navigate the mazes, taking shortcuts when they became available and outperforming a human expert, according to results published in the journal Nature this week.

To test whether the digital grid cells were responsible for this performance, the researchers carried out another experiment where they prevented the artificial grid cells from forming, which significantly reduced the ability of the system to efficiently navigate. The DeepMind team says this suggests these cells are involved in vector-based navigation as had been hypothesized.

“It is striking that the computer model, coming from a totally different perspective, ended up with the grid pattern we know from biology,” Edvard Moser, a neuroscientist at the Kavli Institute for Systems Neuroscience in Trondheim, Norway, and one of the Nobel winners who discovered grid cells, told Nature.

But how much can actually be learned about the human brain from the experiment is up for debate.

Stefan Leutgeb, a neurobiologist at the University of California, San Diego, told Quanta that the research makes a good case for grid cells being involved in vector navigation, but that it is ultimately limited by being a simulation on a computer. “This is a way in which it could work, but it doesn’t prove that it’s the way it works in animals,” he says.

Importantly, the research doesn’t really seem to explain how grid cells help with these kinds of navigating tasks, simply that they do. That’s in part due to the difficulty of interpreting neural networks, neuroscientists Francesco Savelli and James Knierim at Johns Hopkins University write in an accompanying opinion article in Nature.

“That the network converged on such a solution is compelling evidence that there is something special about grid cells’ activity patterns that supports path integration,” they write. “The black-box character of deep-learning systems, however, means that it might be hard to determine what that something is.”

The DeepMind researchers are more optimistic though. In a blog post, they say their findings not only support the theory that grid cells are involved in vector-based navigation, but also more broadly demonstrate the potential of using AI to test theories about how the brain works. That knowledge in turn could eventually be put back to use in developing more powerful AI systems.

In general, DeepMind is profoundly interested in how the fields of neuroscience and AI can connect and inform each other—writing papers on the subject and using inspiration from the brain to make  powerful neural networks capable of amazing and surprising feats.

The research on grid-cells is still very much basic science, but being able to mimic the powerful navigational capabilities of animals could be extremely useful for everything from robots to drones to self-driving cars.