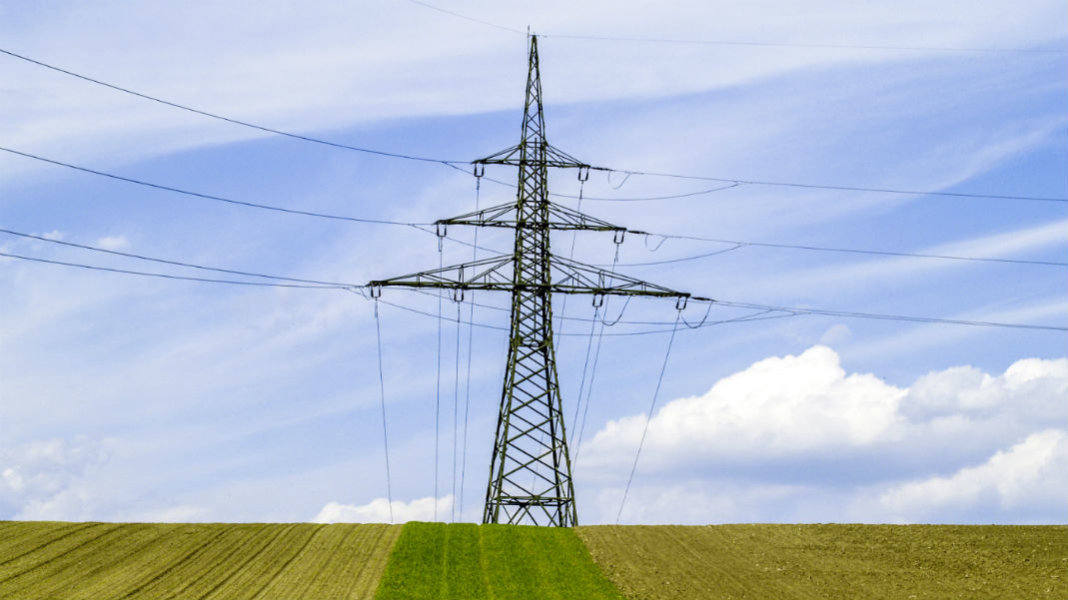 Cryptocurrencies like Bitcoin were designed to be efficient, low-friction alternatives to traditional financial systems. But it seems their creators maybe didn’t think too hard about their sustainability.

An analysis published in the journal Joule this week predicts the Bitcoin network could be using 7.67 gigawatts of electricity by the end of the year. That’s half a percent of the world’s electricity and the same amount used by the whole of Austria.

The problem comes from the way Bitcoin verifies transactions. To avoid duplicate spending of coins, members of the network compete in tricky computational challenges for the right to create the next block of transactions in the chain in return for a reward—currently 12.5 bitcoins (roughly $10,000).

But solving these challenges—a process known as “mining”—requires you to run high-powered computers nearly continuously, which uses a lot of electricity. The paper’s author, economist Alex de Vries, estimates a single transaction uses the same amount of energy as an average household in the Netherlands uses in a month.

To add to the problem, the mining challenges are getting harder, forcing miners to invest ever more power-hungry hardware. That’s because the network self-regulates to keep the rate of new blocks constant at around 1 every 10 minutes by increasing the difficulty of the calculations depending on the total computational power of the network.

This combines to create a situation where the energy use of the system can only really go one way—at least until the cost of mining bitcoins reaches equilibrium with the cost of the electricity and hardware required to do so.

The 7.67 GW figure is actually de Vries’ estimate for when this equilibrium will be reached, something he says could happen this year. But it’s worth noting that his estimates are based on some pretty big assumptions.

De Vries based his estimates on the energy usage of the Antiminer S9, the top-of-the-range specialized mining chip produced by market leader Bitmain. He then assumed a 1–2 year lifetime for these chips, an average electricity cost of 5 US cents per kWh, and a production cost of $500, based on estimates from a bitcoin developer.

He used these figures to work out what percentage of the lifetime cost of the chips went to electricity, coming to a ballpark figure of 60 percent after hedging for the uncertainty around the chips’ lifetimes. By combining this figure, his assumed electricity cost, and the value of Bitcoin mined on March 16 of this year, he reached his figure for equilibrium.

The reason he thinks we could reach this equilibrium point in 2018 is based on the fact that the number of Antiminers due to be produced this year would have a combined electricity consumption of 8.92 GW, so there should be enough devices to make it possible.

That’s a lot of assumptions, and the model relies on both the price of electricity and bitcoin staying the same until the end of the year, which the last 12 months suggests is unlikely. Marc Bevand, a bitcoin investor and entrepreneur who has also made efforts to forecast Bitcoin’s energy usage, pointed out to Gizmodo that de Vries’ estimate also assumes Bitmain is selling its chips at cost, which gives miners much more money to spend on electricity.

Stanford University energy economist Jonathan Koomey criticized previous estimates made by de Vries on his Digiconomist blog using a similar approach, because he said basing the analysis on estimates about manufacturers’ costs and revenues introduced lots of opportunity for error and uncertainty.

But with no publicly-available data on energy consumption from the miners themselves, making unambiguous claims about the electricity use of these networks is hard. Indeed, de Vries admits that there’s plenty of scope for disagreement, but he says it’s important to start doing these calculations now so we can start to think about the policy implications of Bitcoin’s energy use.

“We don’t really have a common approach to getting to a future estimate of electricity consumption right now, which is why I am hoping to get this conversation started,” he said in a press release. “I’m doing this research, but a lot of people should be doing it.”

It’s not all a one-way street. The problems around Bitcoin’s energy consumption have been known for a while, and there are efforts underway to deal with the problem.

There are various proposals for more energy-efficient alternatives to the pointless computation used to verify transactions. Most notable is an approach currently being considered by the second-biggest cryptocurrency, Ethereum, that bases decisions on who makes the next block using a lottery, with your chances of winning based on how many coins you have.

Companies like Bitmain are also working on ever more efficient mining chips, and as demand goes up you can expect bigger players to pile in with their expertise too. Intel recently applied for a patent on a high-efficiency specialized Bitcoin mining chip.

But it is worth noting that another Bitcoin boom like the one experienced at the end of last year would see that point of equilibrium shift far higher, incentivizing even greater electricity use.

While we shouldn’t take the figures from de Vries’ analysis as gospel, they are a useful reality check for anyone assuming that cryptocurrencies, at least in their current form, are the future of our financial system.