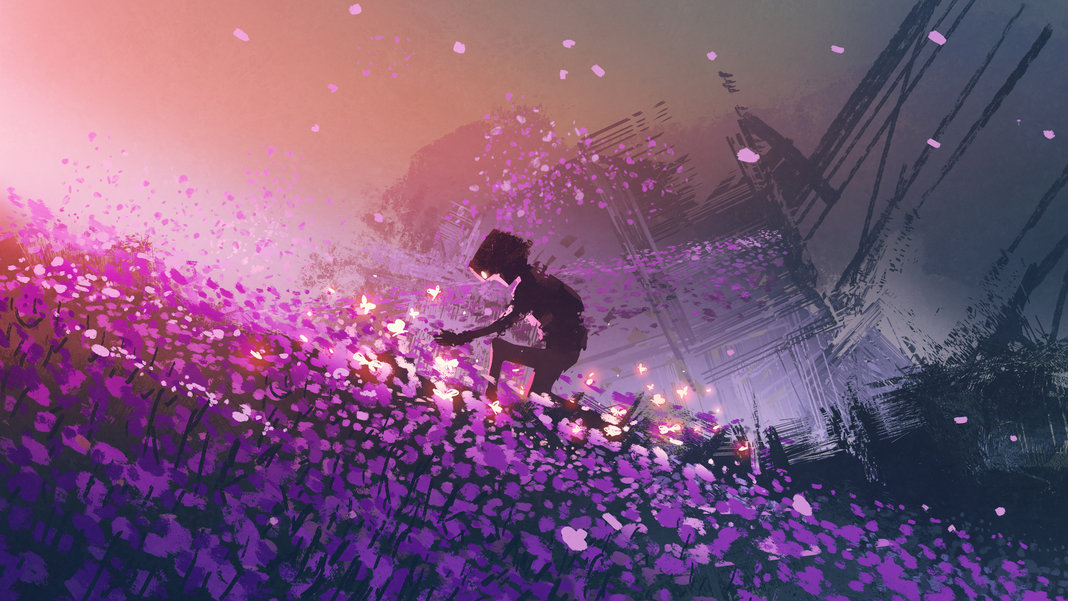 From space colonization to resurrection of dinosaurs to machine intelligence, the most awe-inspiring visions of humanity’s future are typically born from science fiction.

But among an abundance of time travel, superheroes, space adventures, and so forth, biotech remains underrepresented in the genre.

This selection highlights some outstanding works (new and not so new) to fill the sci-fi gap for biotech aficionados.

VanderMeer’s work blends the technology backdrop of science fiction with fantasy creatures in delightfully weird ways and wraps them all into a fast-paced story with elements of mystery, action, and surrealism. The novel’s world is a post-apocalyptic wasteland over which the now-defunct biotech conglomerate simply called “The Company” presides. The Company uses genetic engineering to create creatures like savage feral children, a magician, and proxies of the ferocious ruler and simultaneous victim, a giant flying bear named Mord.

We follow the protagonist Rachel, a scavenger, who plucks a mysterious organism (a GMO to put all GMOs to shame, really) from the fur of sleeping Mord and names it Borne.

Rachel becomes Borne’s mother, but his endearing childhood phase rapidly tightens around the explosive triangle of Rachel’s jealous companion Wick and the deepening mysteries about Borne.

I loved the scene where Rachel and Borne run into a pack of ruthless Mord proxies on a scavenging mission, because what Borne chooses to do is fascinating (no spoilers!). The detail-rich story is a tour de force of imagination nestled between science fiction and science fantasy, the realm where everything is possible.

In lieu of an Altered Carbon Netflix binge, you might want to indulge in the original novel from 2002. Richard Morgan’s neo-noir cyberpunk detective story is set in the far future and explores timely themes of post-humanism beyond a whodunnit/sci-fi crossover.

Morgan’s Tomorrowland is as astonishing as it is stealthily addictive. It posits a high-tech world over which the “meths” (short for Methuselah) are reigning, and their power, selfishness, and lifespan know no limits. The lead, Takeshi Kovacs, is an ex-UN envoy and a native of Harlan’s World (a planet far, far away), who, after his last death, finds himself brought back in a new body in Bay City (formerly San Francisco).

The story’s central technology is the re-sleeving of people, whereby the backup of their consciousness is restored from an implanted cortical stack and re-booted in a new body (the “sleeve”). Unsurprisingly, the sleeves come in a wide range of qualities with corresponding price tags. Dying is for the poor, and in this story, that means most people. The murder victim, though, isn’t dead, but still very much alive, albeit memory-impaired: He’s the most prominent meth, Laurens Bancroft. He hires Kovacs to investigate his own murder.

As Kovacs begins to uncover clues, the story delves deeper into the large-scale social injustice wrought upon society by the meths. Genre readers will be pleased with the familiar grittiness that emanates from the city’s ad-plastered skyscrapers, while Kovacs represents the genre’s hard-boiled detective bearing a secret soft spot beyond his scarred, muscled chest.

Whether or not you’ve already seen the series, it’s a must-read, and there are a great many differences between the show and the book!

Autonomous is by the founding editor of the science fiction and tech website Io9. Her debut novel, one of the strongest of last year, draws you in with an action-laden plot, yet strikes a balance with its complex and flawed characters in the grim landscape of the devastation of humanity’s autonomy.

In a world ruled by radical capitalism, a patent war has escalated to create a world of healthy haves and sickly have nots, enforced by the International Property Coalition. The latter require neuro-enhancing drugs to be able to perform their jobs, struggling to free themselves of indentured servitude.

Idealistic biohacker Judith “Jack” Chen is roaming the world on her patent pirate submarine, driven to reverse-engineer drugs for people in need. But worrisome news emerges about a batch of Zacuity, the popular productivity pill, possibly her batch! Some users have worked themselves literally to death, addicted to work. At first, she’s devastated by guilt and sets out to find an antidote. But then, Jack uncovers new clues that spark a horrific suspicion: Was it really her pills or the original product of the megacorp Zaxy that caused these deaths? We follow Jack through Las Vegas, the Arctic, and Casablanca to find out.

The story deals with gender identity, biohacking, and AI, as well as the idea of commoditization of humans.

The Martian by Andy Weir

Former computer engineer turned indie writer turned bestselling sci-fi author Andy Weir tells the story of Mark Watney, a good-spirited NASA astronaut stranded alone on Mars. We quickly learn what Mark is made of: the drive to make it home alive is his fuel. His survival instinct knows no bounds, nor does his knowledge of botany and mechanical engineering, which is his weapon of choice in this fight as he famously realizes, “I am going to have to science the sh** out of this!”

And so he’s faced with the mission of colonizing the red planet, building an organic, closed-loop farm to sustain himself while establishing communication with the home base and building a spacecraft.

When his crew learns of his survival, their effort to bring him back to Earth begins, albeit behind the back of NASA’s upper echelons, who want this unfortunate accident forgotten.

This is a story about unleashing human ingenuity in the most dire of circumstances. It pairs a sense of desperate isolation in the Martian wilderness and interplanetary collaboration amid chaos with a nail-biting finale.

Snow Crash is set in a future megacity-state “the size of a dozen Manhattans” and its “burbclave” (inspired by suburbia’s gated communities). Residents have become fully immersed in the permanent virtual reality scape Metaverse, a high-tech wonderland where they can roam free as avatars. A mysterious computer virus is haunting the Metaverse just as the world’s tech titans are competing to re-shape our experience of the internet.

But here’s the twist: the Metavirus assumes various forms and acts as a neurolinguistic trigger that destroys users’ brains. At the core lies the concept that ideas are like viruses—expressed through the language of software to program the mind—and the brain is hardware.

The story opens with an action-packed car chase scene that introduces Hiro Protagonist, a sort of freelance pizza delivery driver and hacker. He gets a sidekick and a virus breaks loose from a file he obtains, propelling the story forward.

Hiro will become somewhat of a central node, assembling files, information, and other clues to track down the source of the virus while escaping the clutches of grimy Mafiosos (and his employer), who operate like a franchise chain.

To some readers, the cyberpunk tropes might be too on-the-nose, while others might view it as a cyberpunk parody. No matter which view you side with, this is a read worthy of your time.

A version of this article was originally published at thebiofuturist.io.