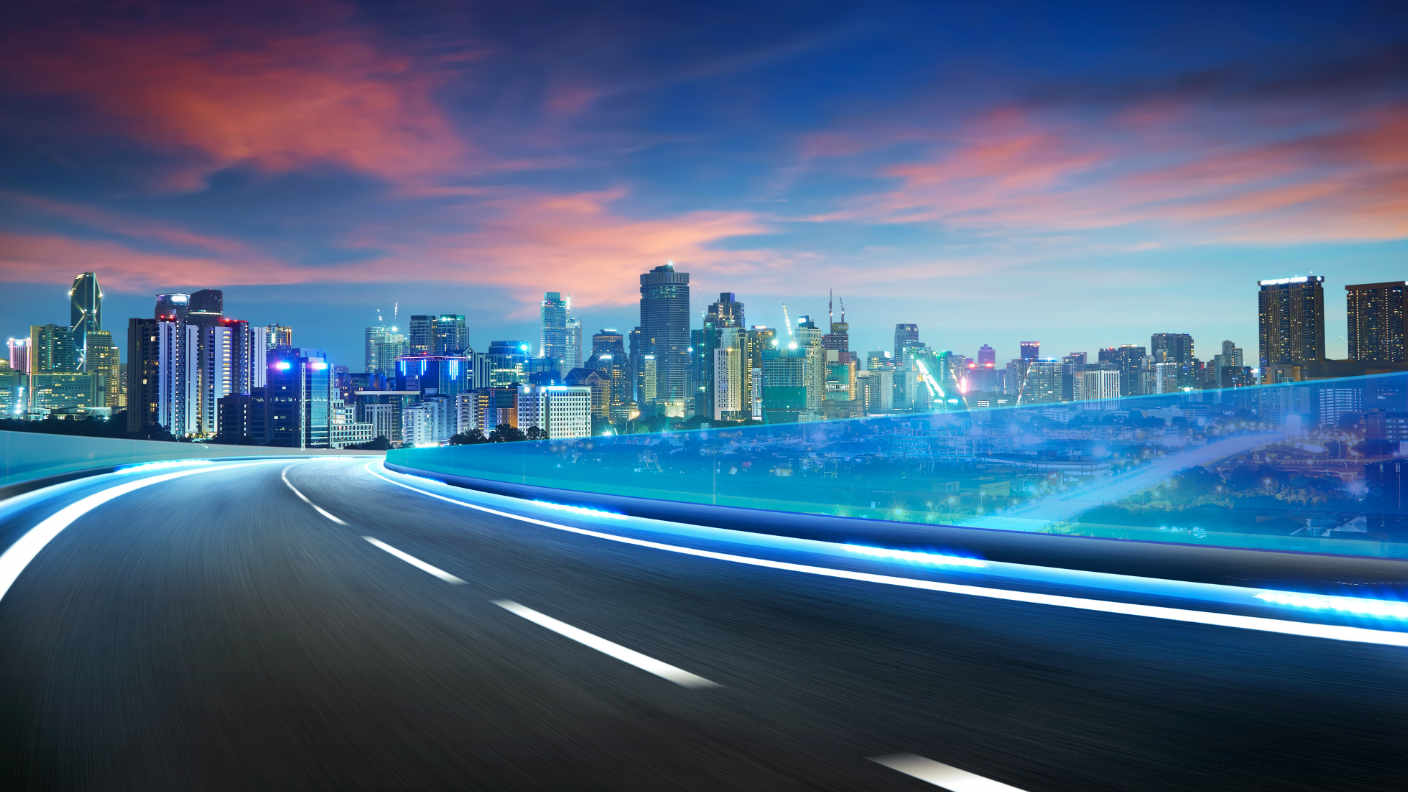 From autonomous cars to flying taxis to electric-powered aircraft, technological innovations in transportation vehicles seem to be moving faster than Elon Musk’s express loop underneath Chicago. But when it comes to regular roads and traffic systems, we still seem to be stuck in the far right lane.

The US has the worst traffic on the planet, with Los Angeles drivers leading the race to nowhere by spending an average of 102 hours per year in traffic jams. In 2014, the country spent $165 billion on highway construction, operation, and maintenance, according to the Congressional Budget Office. That can buy a lot of asphalt and concrete, but what else?

There are signs that some of that money—albeit a small fraction—is being invested in smart road technology, alternative energy infrastructure, and traffic management powered by artificial intelligence. The Fourth Industrial Revolution is finally hitting the road.

Get Plugged In On the Go

Take the case of a startup out of Kansas City called Integrated Roadways. The company has developed a Smart Pavement system that uses prefabricated concrete sections embedded with digital technology and fiber optics. The interlocking slabs work a bit like the touchpad on a laptop, able to sense the position, weight, and velocity of vehicles.

That sensitivity allows the system to detect an accident and alert emergency services. The upgradable smart road will be able to interact with autonomous vehicles, delivering real-time traffic conditions and other information directly to drivers as they whiz along a super-information highway. Drivers may never be without WiFi again, even while driving the endless miles across Wyoming or Kansas.

The precast concrete is itself something of new technology, at least for the US. It can last four times longer than traditional asphalt, according to Integrated Roadways, and is 95 percent less costly to install.

The Colorado Department of Transportation agreed to test the Smart Pavement system on a half-mile stretch of highway near the mountain town of Fairplay earlier this year. The five-year, $2.75M project will collect data on accidents and notify authorities when a crash occurs.

Get Charged Up On the Go

Future roads will also be smarter when it comes to alternative energy. Integrated Roadways promises to add wireless charging to its Smart Pavement system down the road. Meanwhile, an engineering company called AECOM is reportedly working with the cities of Dallas and Denver to implement proof-of-concept installation of its Smart Powered Lanes technology. The system uses wireless technology to charge a vehicle’s batteries while in motion.

Such roads would have a ripple effect on battery technology, as vehicle batteries would require minimal storage capacity because cars and trucks could charge on the go. That would reduce the costs of batteries and bring down the overall price of electric vehicles.

The Conversation explained how the technology works: “An alternating current (AC) flows through a wire coil (the transmitter), which causes a magnetic field to switch between two directions at a high frequency. A second coil (the receiver) exposed to the magnetic fields picks up those oscillations, inducing an AC current in its own circuit, which is then used to power the car.”

Such wireless technology already exists for vehicles charging at rest and is similar to the mechanism for charging  toothbrushes or smartphones. Both Sweden and South Korea have deployed this inductive charging technology to power public buses, according to The Conversation.

Generating electricity can be a two-way street. Roadside energy harvesting involves embedding piezoelectric materials in road surfaces, which convert vibration from vehicle traffic into electricity. The material flexes slightly when vehicles travel on the road, producing an electric current. Engineers at Lancaster University recently described a system that would recover one to two megawatts per kilometer, enough to power between 2,000 and 4,000 street lamps.

Find a Smarter Way Around

More cities are putting artificial intelligence, particularly machine learning and computer vision, in the driver’s seat when it comes to managing traffic.

For example, London-based startup Vivacity Labs is working with Milton Keynes, a city of 230,000 people about 90 minutes north of the capital, on an AI-powered camera traffic system.

The sensors will cover a 50-square-mile area, detecting areas of congestion and altering traffic patterns through traffic lights to clear bottlenecks, according to a story in The Telegraph. The AI cameras will also prioritize traffic flow for emergency services, public transportation, and even cyclists.

A startup out of Pittsburgh called Rapid Flow Technologies is also applying AI to traffic light management. Based on technology developed in the Robotics Institute at Carnegie Mellon University, the Surtrac system gives each traffic light a certain degree of autonomy to decide when to turn red or green. That information is relayed to other intersections, which react appropriately to the incoming data in a constant feedback loop.

Rapid Flow claims Surtrac can reduce total travel time by 25 percent, including a 40 percent reduction in wait time at intersections. Less idling equals fewer carbon emissions from vehicles stuck unnecessarily in traffic. The next iteration of the system is to equip connected cars to talk directly to traffic signals, allowing the vehicle to adjust its speed or route to hit a green light every time.

Shine a Light on China

While cities from Los Angeles to Pittsburgh are exploring various smart road systems, China may already be on the road to the world’s first smart transportation system.

Bloomberg recently reported that China is building a kilometer-long stretch of highway in Jinan, a city of nearly seven million people about 250 miles south of Beijing.

The smart road will have it all, sandwiched into three layers. A transparent material at the surface will allow sunlight to reach solar cells that can generate enough electricity to power highway lights and 800 homes.

Embedded sensors will be able to monitor various parameters such as temperature and vehicle flow, eventually communicating with connected vehicles to provide traffic updates or to deliver other services similar to Integrated Roadways.

And, of course, China’s smart road will be able to charge electric vehicles on the go. China accounts for approximately as many electric vehicle sales as all other countries combined. Investments in electric and autonomous vehicle startups there are skyrocketing, with about $3.5 billion invested in 2017, according to Crunchbase.

Where the Rubber Meets the Road

All of these innovations are exciting, but our enthusiasm should be tempered by the fact that there’s a long road ahead.

How long? Consider that the world’s three largest traffic networks—in the US, China, and India—alone account for about eight million miles of roadway. In other words, there’s a lot of work to do before we get a smarter road system. The ride has just begun.