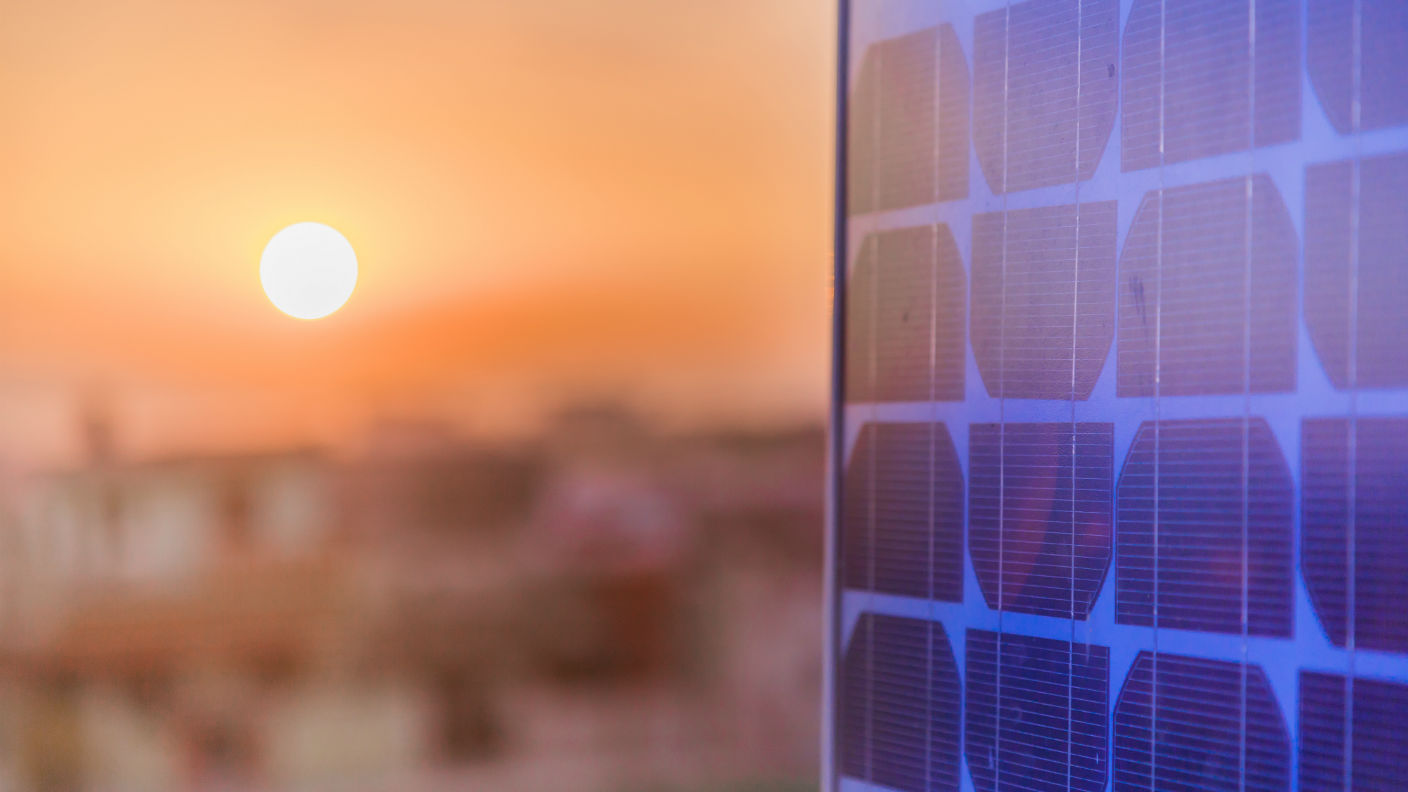 The digital tech sector is the wild card in fossil-fuel escape plans. Disruption of the global economy is on the way through AI, Internet of Things, big data, biotech, and more. But it is far from clear whether this will drive greenhouse gas emissions up or slash them in half. The climate conversation with tech entrepreneurs and leaders needs to change for three reasons.

First, the technology sector gets it. Tech titans are already on course to carbon neutrality. Apple has committed to adopting a 100 percent circular economy throughout its supply chain. Alphabet claims it is now the world’s largest corporate purchaser of renewable energy. And Bill Gates and Mark Zuckerberg are investing a billion dollars in clean energy solutions.

Second, the technology sector gets how to harness the power of exponentials better than any other economic sector on Earth. And we need this expertise right now. More later.

Third, and most significantly, the biggest influence the tech sector can have is not on its own emissions or even those of its suppliers—it is, after all, just 2-2.5 percent of global emissions. Tech titans are the interface with global consumers and citizens. On a daily basis, Alphabet, Amazon, Apple, Facebook, and Microsoft influence the behavior of billions of people—the world’s middle classes and the world’s businesses.

This conversation about consumer emissions has only just begun, but the timing is ideal because of recent growth and innovation in various sectors of the economy.

Consider the food industry: in the last year, Amazon acquired grocery giant Whole Foods and Alibaba took a chunk of supermarket giant Sun Art Retail Group. Their intention is clear: they plan to disrupt the food sector in the next few years. But the food system accounts for around 24 percent of greenhouse gas emissions.

Behavioral change—driven by digital technology—to plant-rich diets would drastically cut emissions, while reducing obesity and pollution. Indeed, the segment driving the biggest growth in vegetarianism and even veganism is eCommerce. There is a major opportunity to help consumers meet their own goals to improve health and deeply cut emissions.

In the manufacturing industry, companies like HP are betting big on 3D printing and fabrication. They believe that even China, the world’s factory, has the potential to be profoundly changed by the exponential growth in this nascent industry within a decade. Imagine if this disruption brought with it carbon neutral or even carbon-positive solutions—products that store more carbon than they emit. Let’s go further and imagine the potential benefits if “carbon positive” became the default setting for all design and engineering tools produced by Autodesk and other design companies. They in turn would encourage construction companies to use greener alternatives to cement and other materials. Manufacturing and buildings make up 27 percent of global greenhouse gases, so there is great potential for improvement in these sectors.

In the finance sector, Chinese fintech giant Ant Financial recently launched Ant Forest, an app that encourages users and their social networks to reduce their carbon footprint through gamification. Within a year it had 220 million users. By 2018, more than 300 million people, or over one fifth of the Chinese population, had signed up. This has led to over 10 million new trees planted and 1.2 million tons of carbon dioxide emissions avoided due to behavior changes.

From Moore’s Law to the Carbon Law

As a simple rule of thumb, the world needs to halve emissions every decade globally until 2050. In a paper I coauthored and published in the journal Science, we call this exponential decay curve the Carbon Law, after Moore’s Law. The first halving is relatively easy and can be done with existing technology. Indeed, in 2017, solar photovoltaics grew 32 percent in a year, followed by wind power at 10 percent despite a drop off in investment. With this technological diffusion rate, the world will be close to fossil fuel freedom by 2050.  The next decade will be critical for climate action.

The tech sector did not keep pace with Moore’s Law by accident. Companies cooperated—producing industry-wide technological roadmaps every few years—to stay on track. These roadmaps systematically laid out challenges and milestones, broke down barriers, and sought out opportunities. The result? In the 1960s, chips had just a few hundred transistors, while today, a chip with 30 billion transistors can safely rest on the tip of your finger.

Now we need an exponential roadmap—combining technology, behavioral change and policy—to guide the world to reach a carbon positive global economy by 2050. The first roadmap must focus on the initial sprint to the first halving over the next ten years.

I am working closely with Figueres and her team at Mission 2020 to build a coalition of technology leaders to drive exponential action ahead of the major Global Climate Action Summit in San Francisco in September. Our team is working to reinvent the roadmap with our friends at MapLauncher. Roadmaps often lack interoperability—they even reduce access to data—and are difficult to update. We’re going to bust that right open. Roadmap in hand, we can keep better track of shifts in policy and behavior and set goals and milestones for the future.

A Compass for the Tech Sector

This conversation must include a mature discussion on ethics. Should these platforms nudge consumers at all, or should they remain strictly “neutral”? Users of Facebook and Google are already being targeted by advertising and marketing campaigns, weaponized through the use of personal data. This is deliberate manipulation of consumers and citizens. It is now high time to explore the ethics of this practice and align platforms to genuinely support individual and societal goals.

Tech titans are grappling with a profound new responsibility. Mark Zuckerberg recently told Congress, “Facebook’s mission is about giving people a voice and bringing people closer together. Those are deeply democratic values, and we’re proud of them. I don’t want anyone to use our tools to undermine democracy.” Yet this is exactly what is happening.

With climate change, the world is facing an existential crisis, and through the Paris Agreement it has decided on a course of action. These phenomenally powerful social media tools can be used more effectively to help enable the world to achieve these essential societal goals: people do not mind being nudged if their goals are aligned with those of the nudger.

What if the default settings for mobile phones promoted exercise, healthy eating, and sustainable transport? What if Facebook, Google, and others priced advertising for healthy and low-emitting products more favorably than other products? What if they displayed healthy and low-carbon products more prominently than others? What if apps that drive down emissions were favored over those that drive emissions up?

The next decade is critical for the planet. The global economy will transform. We have the perfect opportunity to kickstart global cooperation for exponential change at the Global Climate Action Summit in San Francisco this summer. As they say, the best way to predict the future is to create it.