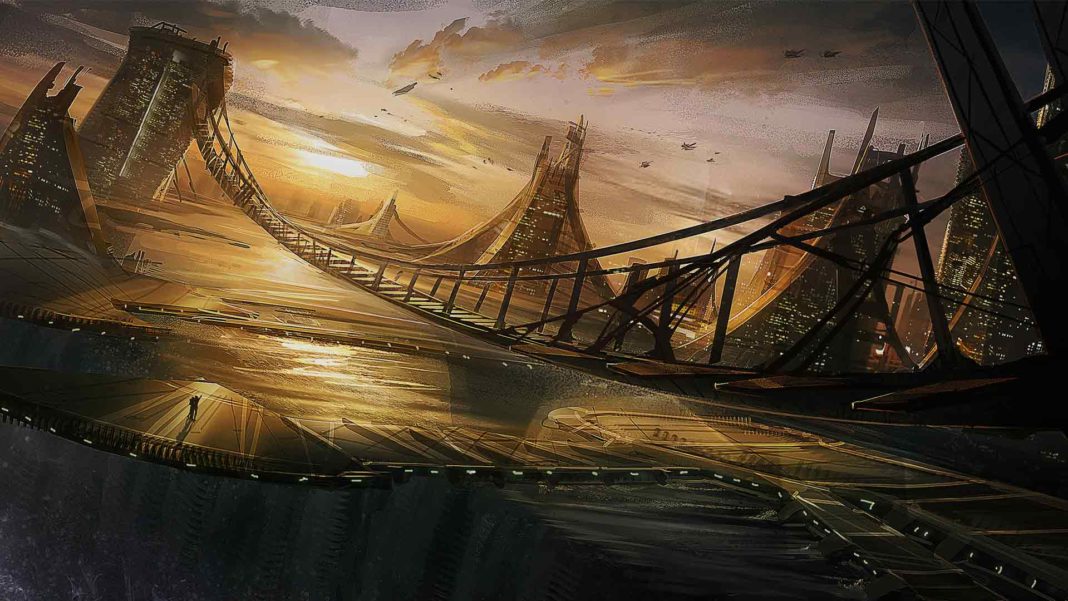 This Is What Work Will Look Like in 2100
Jared Lindzon | Fast Company
“Some futurists believe that automation will push future workers to tasks that are quintessentially human, and that things like standardized working hours and traditional hierarchies will disappear.”

UK Ethics Council Says It’s Okay to Create Genetically Modified Babies
George Dvorsky | Gizmodo
“The UK’s Nuffield Council on Bioethics says it’s acceptable to genetically engineer human embryos, so long as the interventions aren’t harmful to the future child or society as a whole. The council is taking a surprisingly progressive position on the matter, but we’re still a long way off from the birth of the world’s first designer baby.”

Larry Page Is Quietly Amassing a ‘Flying Car’ Empire
Mark Harris | The Verge
“One flying car seems absurd; Larry Page has three. He started with Cora, a two-seater flying taxi, then added a sporty flying boat called Flyer, both developed by a company called Kitty Hawk. And last week, The Verge discovered a third: Opener, which just came out of stealth mode.”

The Wild Future of 4D Design
Aileen Kwun | Fast Company
“Printed objects are robotically ‘drawn’ four-dimensionally in a vat of gel suspension, which supports the printed structure as it solidifies, allowing for vastly more intricate works in a fraction of the time—in many cases, down to mere minutes.”

Tech Leaders: Killer Robots Would Be ‘Dangerously Destabilizing’ Force in the World
Peter Holley | The Washington Post
“Thousands of artificial intelligence experts are calling on governments to take preemptive action before it’s too late. The list is extensive and includes some of the most influential names in the overlapping worlds of technology, science and academia.”

Evolutionary Algorithm Outperforms Deep-Learning Machines at Video Games
Staff | MIT Technology Review
“[Neural] networks are based on the way the human brain works. Nothing could have more potential than that, right? Not quite. An entirely different type of computing has the potential to be significantly more powerful than neural networks and deep learning. This technique is based on the process that created the human brain—evolution.”

A Glimpse Into the Uncanny World of Robot-Made Fine Art
Jesus Diaz | Fast Company
“Some of the 100 artworks submitted by 19 teams this year were extremely convincing. As Conru points out, some human artists are taking advantage of robot ‘apprentices’ to aid their output, using the robot to do the heavy lifting before finishing it the same way many artists use studio assistants for these tasks today.”