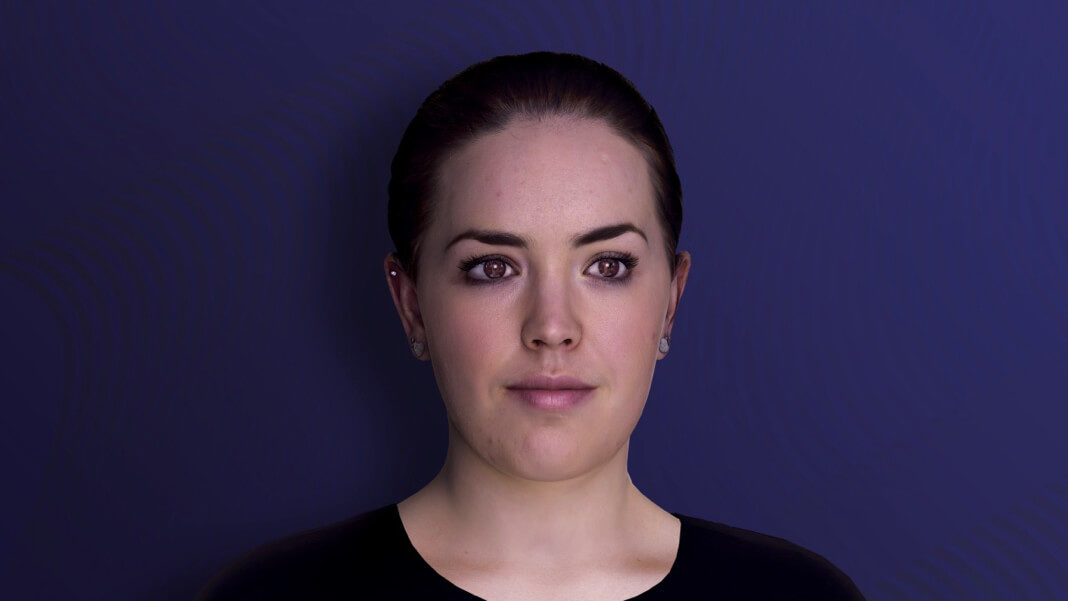 The borders between the real world and the digital world keep crumbling, and the latter’s importance in both our personal and professional lives keeps growing. Some describe the melding of virtual and real worlds as part of the fourth industrial revolution. Said revolution’s full impact on us as individuals, our companies, communities, and societies is still unknown.

Greg Cross, chief business officer of New Zealand-based AI company Soul Machines, thinks one inescapable consequence of these crumbling borders is people spending more and more time interacting with technology. In a presentation at Singularity University’s Global Summit in San Francisco last month, Cross unveiled Soul Machines’ latest work and shared his views on the current state of human-like AI and where the technology may go in the near future.

Cross started by introducing Rachel, one of Soul Machines’ “emotionally responsive digital humans.” The company has built 15 different digital humans of various sexes, groups, and ethnicities. Rachel, along with her “sisters” and “brothers,” has a virtual nervous system based on neural networks and biological models of different paths in the human brain. The system is controlled by virtual neurotransmitters and hormones akin to dopamine, serotonin, and oxytocin, which influence learning and behavior.

As a result, each digital human can have its own unique set of “feelings” and responses to interactions. People interact with them via visual and audio sensors, and the machines respond in real time.

“Over the last 20 or 30 years, the way we think about machines and the way we interact with machines has changed,” Cross said. “We’ve always had this view that they should actually be more human-like.”

The realism of the digital humans’ graphic representations comes thanks to the work of Soul Machines’ other co-founder, Dr. Mark Sager, who has won two Academy Awards for his work on some computer-generated movies, including James Cameron’s Avatar.

Cross pointed out, for example, that rather than being unrealistically flawless and clear, Rachel’s skin has blemishes and sun spots, just like real human skin would.

The Next Human-Machine Frontier

Cross and his colleagues believe that humanizing artificial intelligence will make the technology more useful to humanity, and prompt people to use AI in more beneficial ways.

It is an approach that seems to resonate with companies and organizations. For example, in the UK, where NatWest Bank is testing out Cora as a digital employee to help answer customer queries. In Germany, Daimler Financial Group plans to employ Sarah as something “similar to a personal concierge” for its customers. According to Cross, Daimler is looking at other ways it could deploy digital humans across the organization, from building digital service people, digital sales people, and maybe in the future, digital chauffeurs.

Soul Machines’ latest creation is Will, a digital teacher that can interact with children through a desktop, tablet, or mobile device and help them learn about renewable energy. Cross sees other social uses for digital humans, including potentially serving as doctors to rural communities.

Soul Machines is not alone in its quest to humanize technology. It is a direction many technology companies, including the likes of Amazon, also seem to be pursuing. Amazon is working on building a home robot that, according to Bloomberg, “could be a sort of mobile Alexa.”

Finding a more human form for technology seems like a particularly pervasive pursuit in Japan. Not just when it comes to its many, many robots, but also virtual assistants like Gatebox.

The Japanese approach was perhaps best summed up by famous android researcher Dr. Hiroshi Ishiguro, who I interviewed last year: “The human brain is set up to recognize and interact with humans. So, it makes sense to focus on developing the body for the AI mind, as well as the AI. I believe that the final goal for both Japanese and other companies and scientists is to create human-like interaction.”

During Cross’s presentation, Rob Nail, CEO and associate founder of Singularity University, joined him on the stage, extending an invitation to Rachel to be SU’s first fully digital faculty member. Rachel accepted, and though she’s the only digital faculty right now, she predicted this won’t be the case for long.

“In 10 years, all of you will have digital versions of yourself, just like me, to take on specific tasks and make your life a whole lot easier,” she said. “This is great news for me. I’ll have millions of digital friends.”