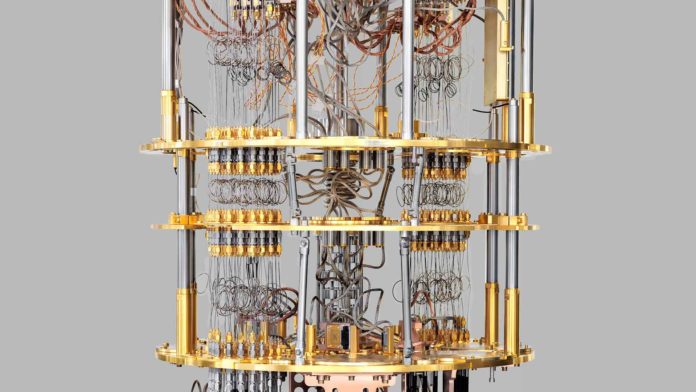 Despite their potential power, today’s quantum computers are still taking baby steps and need a fair bit of hand-holding from their conventional cousins. That’s why computing startup Rigetti has launched a hybrid cloud service that integrates both types of device in a single data center.

The huge cost and effort involved in developing commercial-scale quantum hardware has meant that conventional computing giants like IBM, Google, Intel, and Microsoft dominate the field. Rigetti is the major exception, having already developed a 19-qubit processor and recently unveiling plans to build a 128-qubit system within 12 months.

Now the company has sought to steal a lead on its better-resourced rivals by launching its Quantum Cloud Services (QCS), the first service to provide online access to a combination of quantum and conventional processors united in a single seamless system.

It’s not the first time researchers have been able to access quantum hardware over the cloud. IBM launched its Quantum Experience program in 2016, which provides free access to 5 and 16-qubit processors, and the commercial Q Network that gives access to a 20-qubit machine at the end of last year. Alibaba has been offering cloud access to an 11-qubit machine since March, and Rigetti also started providing developers with access to its hardware over the internet at the end of last year.

But despite even these earliest quantum processors showing great promise in particular areas, they’re still pretty limited, and rely heavily on standard computers to carry out a lot of the grunt work involved in running a functional computer program.

Speaking to Fast Company, founder Chad Rigetti said the company initially tried to link its purely quantum data centers up to Amazon Web Services to cover the need for conventional computing. But the lag time between the systems was enough to limit performance, convincing them that they needed to more tightly integrate the complementary systems in a single facility.

The company predicts this could provide a 20- to 50-times speedup on quantum algorithms compared to their current cloud setup, bringing them closer to the goal of “quantum advantage” when these machines can solve practical problems faster, better, or cheaper than standard computers.

If that term sounds familiar but slightly off, that’s because many in the field have started using it as a replacement for “quantum supremacy”—the point at which quantum computers can solve a problem beyond conventional ones. They essentially mean the same thing, but many feel the word “advantage” better captures the fact that conventional computers will still be better at most tasks, so quantum computers won’t really be “supreme.”

In order to accelerate the advent of this breakthrough, Rigetti is also providing a $1 million prize to the first group to demonstrate it using QCS, with the terms of the competition dues to be announced on October 30th. It also announced partnerships with a number of companies building quantum applications for everything from drug design to finance.

Whether this hybrid approach ends up being a blueprint for early commercialization of quantum computing and other companies follow suit remains to be seen, and will probably rely on how quickly someone claims the grand prize.

But Rigetti told Forbes it has bold ambitions of setting up a network of quantum-enabled datacenters that it thinks could eventually let it challenge the big three cloud providers—Amazon, Google, and Microsoft. Breaking into that illustrious club has proven difficult even for companies much more well-heeled than Rigetti, but maybe a quantum edge is what it will take to challenge their dominant position.