The Biggest Tech-Driven Changes Happening in Finance and Banking 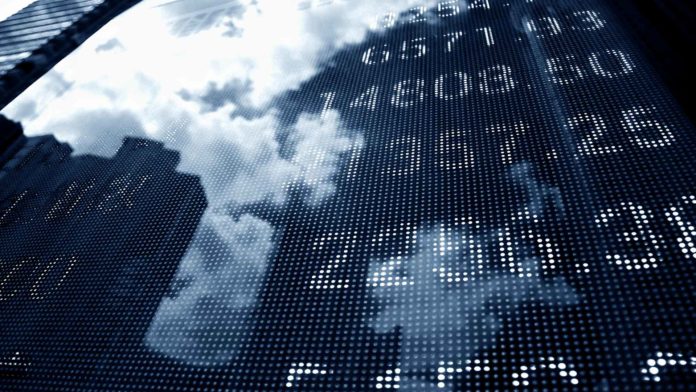 The CIA estimates over $80 trillion of global value is stored in cash, banknotes, money markets, and bank accounts.

In this two-part series, we’ll cover how the internet, mobile devices, sensors, blockchain, and AI are driving a revolution in the financial world and dramatically changing how we move money across the globe.

In this article, I will cover:

How Good Money is Redefining Banking

Right now, most people store their money in a bank account. A person pays a fee (on average $400 per year) to put money in her bank account, and the bank then further profits on the client’s money by investing in other projects.

The kicker: these projects do not necessarily align well with the customer’s values, or provide any benefits or major returns… In fact, the average interest rates are effectively zero—currently on the order of 0.01 percent for checking accounts.

These large, centralized, intermediary institutions are ripe for disruption—and that is exactly the vision of platforms like Good Money.

Good Money is a mobile-first banking wallet that allows users to hold all of their assets, both fiat and cryptocurrencies, in one place. The wallet has no annual fee ($0 per year vs. the average $400 per year of consumer checking accounts) and allows for full fiat and cryptocurrency interoperability. Further, Good Money offers a 1.8 percent interest rate—over 100 times greater than interest rates offered by traditional checking accounts.

Beyond interest rates, a second failure of traditional consumer banking is that customers do not control how their stored money is invested by banks. Meaning that your money could well be invested in the petroleum industry when you are in fact a die-hard environmentalist. As the name implies, Good Money enables you as the user to choose how your stored money is invested, aligning it with your vision for humanity.

Fundamentally, we think of banks like Wells Fargo, Bank of America, and Citibank as necessary and very basic—places for us to store our money so that we have easy access without carrying around wads of cash.

Good Money’s vision adds a number of important features ranging from interoperability between Fiat and Crypto Currencies, as well as reasonable check-interest rates and most importantly, control of where your hard-earned cash gets invested.

Beyond Good Money, mobile-first banking platforms are rising around the world.

As we’ve discussed in past blogs, the number of humans being connected to the web in the next six years is breathtaking.

Over the next five years, as global 5G network coverage and space-based systems come online, we will soon connect the entire planet.

And now, we are on track to connect the entire human race—8 billion people—by 2024. This translates to four billion new consumers, soon to upload and download on the internet for the first time in years ahead.

In terms of finance, all four billion of these new users are going to want access to the same banking services that each of us has come to expect. At the low end, it is estimated that two billion people around the world today lack the ability to securely save money, transfer money, and make payments.

Beyond the basic benefits of banking, we forget that banking also translates to health and education—allowing us to save money for future emergency medical fees or borrow money to pay for our children’s schooling.

So why is it that two billion people don’t yet have access to banking?

The short answer is that the tremendous cost of building and maintaining traditional banks, bank tellers, cash- and location-based bank branches and ATMs doesn’t make economic sense in poorer countries.

What if we skip the buildings and the people and go straight to all-digital, all-mobile operations?

Mobile phones are rapidly permeating the developing world; their rapid rise is providing an avenue for entrepreneurs, investors, and particularly Telecom companies to bring banking services to the two billion unbanked people across the globe.

One brilliant example is the Bangladesh-based, Gates Foundation-backed startup bKash.

bKash started in 2011 with $5 million and a vision of providing mobile financial services to the unbanked in Bangladesh. Since their arrival on the Bangladeshi financial scene, bKash has gained 17 million users and over $20 million in donations and investments.

With a low 1.85 percent fee (only on withdrawals), Bangladeshis are paying salaries through bKash, storing their money in bKash, and using bKash for their day-to-day shopping. And with growing profits, bKash plans to roll out other foundational financial services like loans and insurance.

Ant Financial (formerly Alipay, a subsidiary of Alibaba) recently purchased a 20 percent stake in bKash, in part to help enhance bKash’s services with lessons learned from deploying Alipay in China.

M-Pesa’s initial use-case was transferring money across long distances, serving workers who face the major problem of physically transporting cash to support their families from afar.

Now, even the Indian government is using M-Pesa to pay pensions to retirees who live in rural areas, eliminating the former delays and crimes associated with shipping cash across the country.

Without bank branches or ATMs, how do M-Pesa mobile banking customers withdraw and deposit cash?

This system has penetrated more than 96 percent of households in Kenya. A 2016 MIT paper shows the impact of mobile payment capabilities: M-Pesa lifted 2 percent of Kenyan Households (196,000 families) out of extreme poverty between 2008 and 2016.

To conclude the above, we’re seeing developing countries use mobile phones to leapfrog the antiquated centralized banking model of finance, creating wealth and lifting people out of poverty.

Still, with this explosion of mobile banking in developing nations, there is a massive economic opportunity to further improve security, reliability, connectivity, and user control. As we saw above, traditional banks are lagging behind more nimble technology companies (Alibaba, Vodafone, etc.) in implementing these transformative platforms.

With mobile payment and banking infrastructure in place across the globe, you would imagine that moving money from country to country would be relatively straightforward.

Here’s an interesting question—if you wanted to move $9,999 from New York to London, what is the fastest way to do it?

Some would argue that physically carrying the money in cash on an airplane would be the fastest route (you need to declare more than $10,000 with US Customs).

You could also opt to make the payment through your bank. Your bank would then use a network called SWIFT to move your money to a London bank. SWIFT currently sits at the center of most cross-border payment technology.

Transactions on the SWIFT network can take 3-5 days to process; the network processes 24 million transactions per day (about 277 transactions per second). In addition to bank-varying fees, during the 3-5 day transfer time, exchange rates can vary by over 5 percent, a large tax for businesses making international payments.

Because of these relatively long transfer times, unpredictable fees (due to exchange rate variability), and a slew of security issues, banks and other fintech players are investigating alternatives.

One exciting attempt to redefine international remittance is Stellar.org. In partnership with IBM, Stellar promotes its mission to move money quickly across borders, and “to expand access to low-cost financial services to fight poverty and maximize individual potential.”

According to Stellar, depending on hardware and network configurations, the system can  process an estimated 1,000 operations per second—a transaction is made up of one or more operations (e.g., payments, offers, fees)—or up to three times the number of transactions on the SWIFT network, on an immutable and decentralized blockchain.

Rather than waiting three to five days for the SWIFT network to process your transaction, Stellar processes transactions in three to five seconds. In addition to bypassing day-to-day exchange rate variability, Stellar’s low fee of about $0.01 per 600,000 transactions makes the network highly competitive with existing infrastructure.

The fintech sector disrupts far more than “business as usual” on Wall Street. How we transact and move money also transforms the day-to-day lives of people all over the world.

The convergences of technology such as IoT, Blockchain and AI will transform all aspects of Fintech (and insurance), challenging the long-dominant infrastructure of Wall Street.

In part two of our Future of Finance and Banking series, we’ll explore how exponential technologies are impacting investing and lending, AI financial advisory services (e.g. Robo-Traders), new stores of value (e.g. Bitcoin and Stable Coins), and a discussion on how we might ensure that FinTech can be trusted in our rapidly accelerating future.

With the dematerialization, demonetization and democratization of financial resources, today is the greatest time in human history to be an entrepreneur—no matter where you live on planet Earth.