Baidu, Alibaba, and Tencent: The Rise of China’s Tech Giants 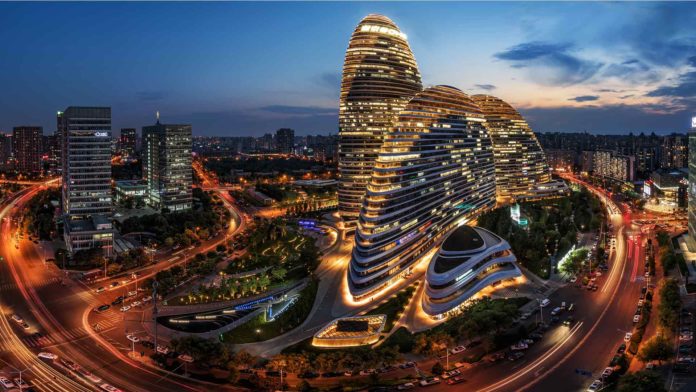 Baidu, Alibaba, and Tencent (BAT) are now valued at a combined $1 trillion USD.

Alibaba and Tencent alone now account for almost one-third of the MSCI China Index, fueling its 47 percent gain in 2017.

As of this past March, China had skyrocketed to 164 unicorns, worth a combined $628 billion USD. Roughly 50 percent are controlled or backed by BAT.

But BAT aren’t keeping ambitions local. Worldwide, BAT invests in over 150 companies, spanning the gamut from AI to biotech.

And with access to more internet users than those of the US and all of Europe combined, BAT is fueled by the greatest treasure trove of user data on the planet.

Now rivaling the likes of FANG, these homegrown tech giants are driving China’s AI revolution at an unprecedented pace, building out everything from autonomous vehicles and smart cities to facial recognition and AI-driven healthcare platforms.

And with China’s favoring of homegrown players—applying tight domestic restrictions on FAMGA (kicking out Facebook and Google entirely in 2009 and 2010)—BAT works more and more tightly with state-run initiatives.

In November 2017, China’s Ministry of Science and Technology announced a new wave of “open innovation platforms,” relying on Baidu for rollout of autonomous vehicles, Alibaba Cloud (Aliyun) for smart cities, and Tencent for medical imaging and diagnostics.

But while BAT are increasingly embroiled in China’s state agenda, they are also expanding their control to other APAC countries and consumers, recruiting US talent, investing in startups from Canada to Israel, and forming global partnerships in everything from predictive healthcare to conversational AI.

By adopting a platform-based business strategy—expanding horizontally via major acquisitions and equity positions—BAT have gained unparalleled influence in almost every aspect of users’ lives.

In this post, I’ll be looking at some of the biggest BAT highlights, strategies, and state-corporate collaborations catapulting these three AI giants to (global) dominance.

Of all the BAT giants, Baidu was the first to pioneer and apply deep learning, scoring a big win in 2014 with the hire of Andrew Ng to head Baidu’s Silicon Valley AI lab.

By 2015, Baidu’s AI algorithms had already surpassed humans in Chinese speech recognition, a full year before Microsoft achieved the same feat in English.

And as Baidu continues expanding into adjacent markets, this growth will only accelerate.

Hosting over 95 partners around the globe—including Nvidia, Ford, and Daimler—Apollo’s ecosystem makes source code available to everyone. This means companies can build on existing research versus starting from scratch, massively accelerating progress.

And as of June 2018, Baidu is putting driverless cars on the road.

Launching tests on an unused expressway in China’s industrial city of Tianjin, Baidu has already signed agreements with the local government of Xiong’an New Area to build an AI city, decked out with autonomous cars, smart traffic systems, facial recognition, and sensor-loaded cement.

But it doesn’t stop there.

And if those projects weren’t enough to convince you of Baidu’s ambitions, the search engine is getting serious about speech recognition, aiming to win big in the voice assistant market.

With voice patents in both the US and Japan, Baidu most recently launched Aladdin—a 3-in-1 smart speaker, smart lamp, and projector for the Japanese market—showcasing its product at CES 2018 (the Consumer Electronics Show).

Built on Baidu’s conversational AI platform, DuerOS, Aladdin is only the first of many Baidu consumer products that will rival the likes of Amazon’s Alexa and Google Assistant.

Hinted at by a patent published with the US, China, Europe, South Korea, and Japan, Baidu may soon be rolling out a consumer robot equipped with both voice and facial recognition.

And while Baidu takes charge of driverless vehicles and voice recognition, Alibaba’s been anointed to spearhead smart cities.

China’s leading e-commerce behemoth, Alibaba has made an unbelievable dent in the Chinese retail and financial sectors.

Witnessing a 62 percent rise in sales from core commerce in Q1 of this year, Alibaba has built far more than a digital marketplace.

Leading the world in fintech disruption, Alibaba’s Ant Financial Services Group controls the world’s largest money market fund, has made loans to tens of millions, and handled more payments in 2017 than Mastercard.

While mobile payments make up less than one percent of overall in-store transaction volume in the US, they are almost indispensable in China.

Pedestrians pay street-side fruit vendors using QR codes. Charitable givers use Alipay or Wechat Wallet when donating to relief funds or directly to affected families. And at one Hangzhou-based KFC, Alipay debuted the concept of paying with your face.

Already geared with facial recognition for user sign-in, Alibaba’s Alipay has more than half a billion users worldwide. But Alibaba is setting its sights far further afield than just online retail and mobile payments. Working with several local governments, including that of Macau and Hangzhou, Alibaba is at the forefront of smart cities.

And just this year, Alibaba backed AI-based vehicle-to-vehicle network developer Nexar, and has even partnered with the Malaysian government to launch the country’s first City Brain initiative. Targeting traffic, City Brain can optimize urban traffic flow, getting emergency vehicles to the scene at record speeds.

But when it comes to Chinese tech giants with absolutely no analog in the West, Tencent takes the cake. Hands-down.

With over a billion users, Tencent’s WeChat is like a digital Swiss army knife on steroids.

Combining the functionality of Facebook, iMessage, PayPal, UberEats, Instagram, Expedia, Skype, WebMD, eVite, GroupMe and many others, WeChat is an ecosystem of epic proportions.

After the app’s simple functionality took off among Chinese consumers, WeChat hit 100 million registered users within a year and 300 million by its second anniversary, adding on functions left and right way before Western counterparts like WhatsApp thought to do the same.

Just last year, around 38,000 medical institutions reported having WeChat accounts, 60 percent of which let users register for appointments online. And when it comes to paying your hospital bill, more than 2,000 hospitals accept WeChat Wallet payments.

To solidify its loyal consumer base, Tencent has also become a leader in mobile gaming, owning the wildly popular League of Legends, played by over 100 million people every month.

Rapidly iterating to meet consumer demands, WeChat has made itself almost indispensable to the daily lives of its users, gaining brand loyalty that American social media platforms could only dream of.

Hiring scores of researchers and opening an outpost in Seattle, Tencent is massively ramping up AI capabilities. Aiming at world-class status in genomics and personalized medicine, the company further invests in and partners with global startups to bring AI healthcare tech to China.

China’s tech behemoths are disrupting everything from intelligent urban infrastructure to personalized medicine.

But they aren’t just revolutionizing these industries on their home turf. They’re bringing enormous sums of capital and cutting edge technology to startups and markets across the globe. The pie isn’t getting smaller—it’s getting bigger.

And with BAT at the helm, China shows no signs of slowing down.