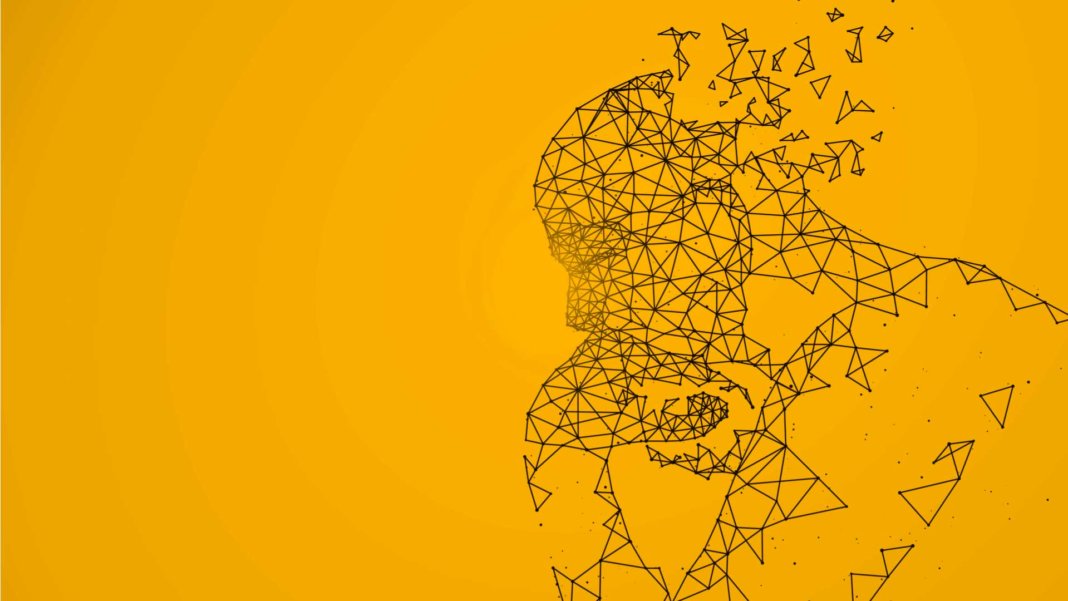 Indeed, some AI researchers maintain a close link with the neuroscience community, and inspiration runs in both directions. But the metaphor can be a hindrance to people trying to explain machine learning to those less familiar with it. One of the biggest risks of conflating human and machine intelligence is that we start to hand over too much agency to machines. For those of us working with software, it’s essential that we remember the agency is human—it’s humans who build these systems, after all.

It’s worth unpacking the key differences between machine and human intelligence. While there are certainly similarities, it’s by looking at what makes them different that we can better grasp how artificial intelligence works, and how we can build and use it effectively.

Central to the metaphor that links human and machine learning is the concept of a neural network. The biggest difference between a human brain and an artificial neural net is the sheer scale of the brain’s neural network. What’s crucial is that it’s not simply the number of neurons in the brain (which reach into the billions), but more precisely, the mind-boggling number of connections between them.

This is why the brain is such a complex thing. Even the most complex artificial neural network, while often difficult to interpret and unpack, has an underlying architecture and principles guiding it (this is what we’re trying to do, so let’s construct the network like this…).

Intricate as they may be, neural networks in AIs are engineered with a specific outcome in mind. The human mind, however, doesn’t have the same degree of intentionality in its engineering. Yes, it should help us do all the things we need to do to stay alive, but it also allows us to think critically and creatively in a way that doesn’t need to be programmed.

The Beautiful Simplicity of AI

The fact that artificial intelligence systems are so much simpler than the human brain is, ironically, what enables AIs to deal with far greater computational complexity than we can.

Artificial neural networks can hold much more information and data than the human brain, largely due to the type of data that is stored and processed in a neural network. It is discrete and specific, like an entry on an excel spreadsheet.

In the human brain, data doesn’t have this same discrete quality. So while an artificial neural network can process very specific data at an incredible scale, it isn’t able to process information in the rich and multidimensional manner a human brain can. This is the key difference between an engineered system and the human mind.

Despite years of research, the human mind still remains somewhat opaque. This is because the analog synaptic connections between neurons are almost impenetrable to the digital connections within an artificial neural network.

Consider what this means in practice. The relative simplicity of an AI allows it to do a very complex task very well, and very quickly. A human brain simply can’t process data at scale and speed in the way AIs need to if they’re, say, translating speech to text, or processing a huge set of oncology reports.

Essential to the way AI works in both these contexts is that it breaks data and information down into tiny constituent parts. For example, it could break sounds down into phonetic text, which could then be translated into full sentences, or break images into pieces to understand the rules of how a huge set of them is composed.

Humans often do a similar thing, and this is the point at which machine learning is most like human learning; like algorithms, humans break data or information into smaller chunks in order to process it.

But there’s a reason for this similarity. This breakdown process is engineered into every neural network by a human engineer. What’s more, the way this process is designed will be down to the problem at hand. How an artificial intelligence system breaks down a data set is its own way of ‘understanding’ it.

Even while running a highly complex algorithm unsupervised, the parameters of how an AI learns—how it breaks data down in order to process it—are always set from the start.

Human intelligence doesn’t have this set of limitations, which is what makes us so much more effective at problem-solving. It’s the human ability to ‘create’ problems that makes us so good at solving them. There’s an element of contextual understanding and decision-making in the way humans approach problems.

AIs might be able to unpack problems or find new ways into them, but they can’t define the problem they’re trying to solve.

Algorithmic insensitivity has come into focus in recent years, with an increasing number of scandals around bias in AI systems. Of course, this is caused by the biases of those making the algorithms, but underlines the point that algorithmic biases can only be identified by human intelligence.

Human and Artificial Intelligence Should Complement Each Other

We must remember that artificial intelligence and machine learning aren’t simply things that ‘exist’ that we can no longer control. They are built, engineered, and designed by us. This mindset puts us in control of the future, and makes algorithms even more elegant and remarkable.