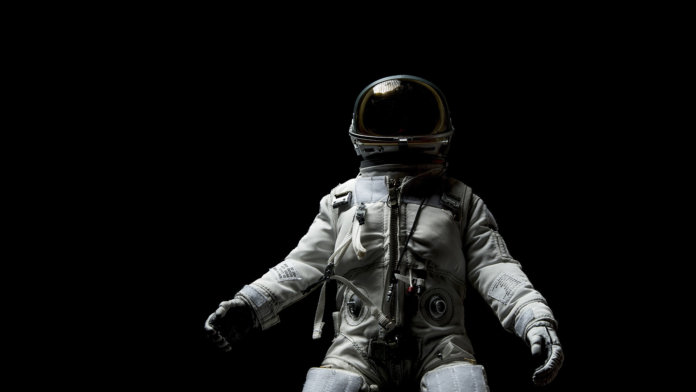 This violent re-awakening seems to make sense. Humans, after all, don’t naturally hibernate. But a small, eclectic group of scientists is battling nature to trigger artificial hibernation in humans. If successful, they could delay aging, treat life-threatening illnesses, and get us to Mars and beyond.

Last week, a group of experts gathered in New Orleans to explore the possibility of inducing “synthetic” hibernation in humans. Scientists are learning from nature to understand the factors that lead to hibernation and re-awakening in animals.

What better way to pass long stretches of life-threating coldness and food poverty than to enter deep unconsciousness? Much of the animal kingdom hibernates through winters: bears, squirrels, hedgehogs. Even our primate cousin, the fat-tailed lemur, drastically drops its metabolic rate when food supplies dwindle.

What about us? Although we (regrettably) don’t hibernate, a handful of “miracles” suggests that a metabolic deep freeze may help preserve our injured bodies in a beneficial way.

In 1999, radiologist Dr. Anna Bagenholm fell into a frozen stream while skiing in Norway. By the time she was retrieved, she had been under ice for over 80 minutes. By all accounts she was clinically dead—no breathing, no heartbeat. Her body temperature dropped to an unprecedented 56.7 °F (13.7 °C).

Yet when doctors gradually warmed her blood, her body began to slowly heal. By the next day, her heart restarted. By day 12, she opened her eyes.  Eventually she fully recovered.

Bagenholm’s case is just one hint that humans have the ability to recover from a severely depressed metabolic state. For years doctors have employed therapeutic hypothermia—lowering body temperature by a few degrees for several days—to help keep patients with brain injuries or epilepsy in suspended animation.

This rapid cooling helps preserve tissues that have been cut off from blood supply, so they require less oxygen to function. In China, experiments have helped keep people in a deep freeze for up to two weeks.

The promise of therapeutic hypothermia is so great that in 2014, NASA partnered with the Altanta-based SpaceWorks and gave preliminary funding to a space-travel hibernator for a mission to Mars.

Although the flight into space would only last a few months, putting astronauts into an inactive state could dramatically cut down on the required amount of food and habitat size. A hibernation state could also help prevent serious side effects from low gravity, such as changes in spinal fluid flow that diminishes eyesight. Direct muscle stimulation, courtesy of the hibernation pod, could prevent muscle wasting in zero G, and a deep state of unconsciousness could potentially minimize psychological challenges like boredom and loneliness.

The project made it to the second funding round, but many questions remained. One issue with the proposal is that prolonged hypothermia is terrible for health: blood clots, bleeding, infection, and liver failure may occur. On a spaceship without sophisticated medical facilities, these complications could be deadly.

Another problem is that we don’t fully understand what happens in an animal when it goes into hibernation. That’s what the New Orleans conference tried to address.

To Dr. Hannah Carey at the University of Wisconsin, the answer to human hibernation may not lie in medical treatments, but in nature.

Carey studies the hibernation habits of the ground squirrel, a petite omnivorous rodent that roams North American prairies. Between late September and May, the ground squirrel hibernates in underground burrows to survive bitter winters.

“The fact that there is hibernation in the primate lineage makes any discoveries with biomedical potential that much more applicable to human beings,” she said.

One peculiar observation Carey has made is that low metabolic rate doesn’t last all winter. Periodically, hibernating animals will rouse from their torpor state for half a day, raising their body temperatures back to normal. The animals still don’t eat or drink during these periods, however.

“Originally hibernation was considered a continuation of sleep, but physiologically it is very different because your metabolism is totally suspended, although it is still regulated,” said Oxford neuroscientist Dr. Vlad Vyazovskiy, who also presented at the conference. “Torpor, this extreme metabolic challenge, seems to do something to the brain or body which necessitates sleep, which in turn provides some type of restoration.”

Neuroscientists have long appreciated the benefits of sleep. For example, studies show that sleep helps the brain clear toxic waste through its lymphatic system and allows the brain’s synapses to “reset.” If hibernation contributes to a sleep-deprived state, could periodically inducing sleep be the answer to long-term torpor?

We don’t yet know. But to Carey, these findings from animals suggest that on the quest to human hibernation, unraveling the biology of natural hibernators may be preferable to hypothermia-based medical practices.

While Cary and Vyazovskiy study how hibernating animals remain healthy, Dr. Matteo Cerri at the University of Bologna in Italy has a different focus: how to artificially induce torpor in non-hibernating animals.

The answer may lie in a small group of neurons in a brain region called the raphe pallidus. Because metabolism dramatically slows during hibernation, hormonal and brain mechanisms are likely involved to kick-start the process, he explained.

Back in 2013, his team was one of the first to induce a hibernation-like state in rats, which don’t normally hibernate. They injected a chemical into the raphe pallidus to inhibit neuronal activity. These neurons are usually involved in the “thermoregulatory cold defense,” said Cerri, in that they’ll trigger biological responses to counteract the lowering of body temperature.

The rats were then placed into a dark, chilly room and fed high-fat diets—conditions known to lower metabolic rate.

The best part? When the team stopped their treatment, the rats recovered—they didn’t show any signs of abnormal behavior the next day.

Previous attempts at inducing torpor in non-hibernating animals have failed, the team said, but in this study they showed that inhibiting raphe pallidus neurons is essential to inducing a torpor-like state.

If the results hold up in larger mammals, it could spell trouble for human hibernation. Cerri and others are working to further dissect the brain’s control over torpor and how to hijack it for the purpose of inducing a hibernation-like state.

Human hibernation isn’t yet on the horizon. But results from the conference presenters, among others, are gradually nailing down the molecular and neural factors that could potentially allow us to go into deep freeze.

Leopold Summerer, who leads the Advanced Concepts Team at the European Space Agency, is hopeful about future prospects for human hibernation. “We see the science has advanced enough to put some of the science fiction into the realm of science reality,” he said.