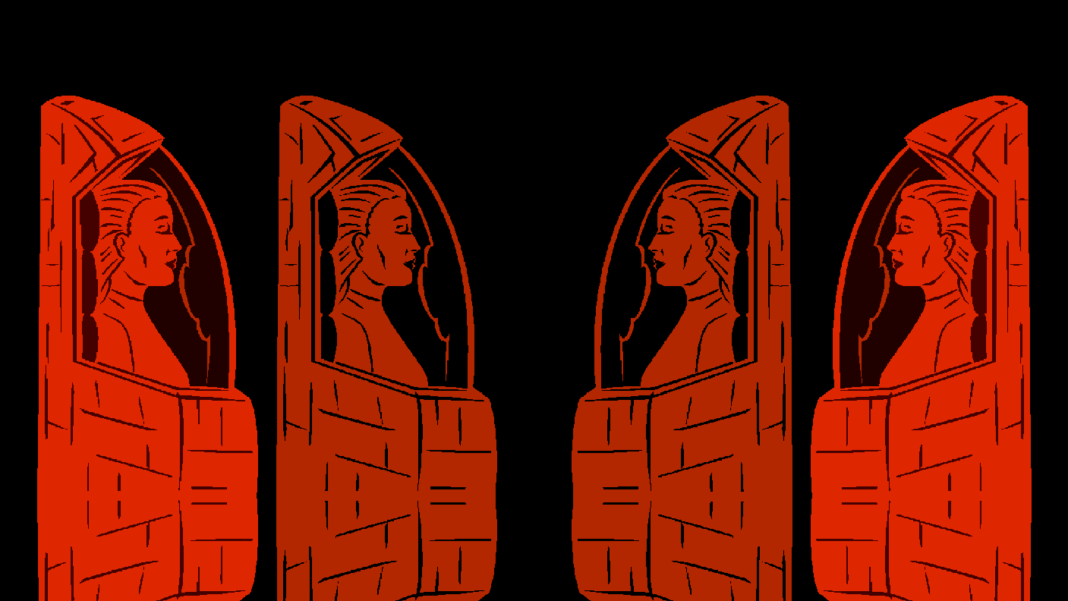 Journeying to Mars is seldom out of the news these days. From Elon Musk releasing plans for his new rocket to allow SpaceX to colonize Mars, to NASA announcing another rover as part of the Mars 2020 mission, both private and public organizations are racing to the red planet.

But human spaceflight is an exponentially bigger task than sending robots and experiments beyond Earth. Not only do you have to get the engineering of the rocket, the calculations of the launch, the plans for zero-gravity travel and the remotely operated Martian landing perfect, but you’d also have to keep a crew of humans alive for six months without any outside help.

There are questions around how to pack enough food and water to sustain the crew without making the rocket too heavy and around how much physical space would be left for the crew to live in. There are questions about what happens if someone gets dangerously ill and about what a claustrophobic half-year in these circumstances would do to the mental health of the Martian explorers.

Using a $500,000 grant from NASA, Bradford’s team has been working on an adaptation of a promising medical procedure that could alleviate many of the human-related limitations of space travel.

Presenting at the annual Hello Tomorrow Summit in Paris, Bradford shared his team’s concept of placing the crew in what’s called a “low-metabolic torpor state” for select phases during space travel—in other words, hibernating the crew.

The idea stems from a current medical practice called therapeutic hypothermia, or targeted temperature management. It is used in cases of cardiac arrest and neonatal encephalopathy. Patients are cooled to around 33°C for 48 hours to prevent injury to tissue following lack of blood flow. Sedatives are then administered to induce sleep. Ex Formula 1 driver Michael Schumacher was famously held in this state following his ski accident in 2013.

Adapting the procedure for spaceflight, the crew would be fed and watered directly into the stomach using what’s called a percutaneous endoscopic gastronomy tube to remove the need for eating and standard digestion, and using whole-body electrical stimulation, their muscles would be activated to avoid atrophy.

Bradford’s team found that while in this torpor state, the body needs over a third less food and water to sustain itself, greatly reducing the payload weight estimates for Mars missions.

A large part of the concept is the rotational element of who is awake and who is in stasis. Current medical procedures only last two to three days, so the plan is to extend the time each person is in torpor state to around eight days. Adding in a two-day wake period, a schedule can be drawn up so that a different member of the crew acts as the caretaker for the others, each in cycles of eight days of torpor and two days awake.

This means humans won’t be asleep for the whole journey, but with these torpor periods making up the majority of their trip, the physical and mental pressure put on the crew and the weight of resources on board would be greatly reduced. The plan for the research, however, is to get these periods up from days to weeks.

It’s not just SpaceWorks who’s looking into the idea of human hibernation for space travel. The European Space Agency has part of their Advanced Concepts team dedicated to this research as well. But their last paper was published in 2004, which suggests Bradford and his crew have the most promising progress.

Naysayers tend to question the ability of the human body to effectively and safely “wake up” from these long periods of stasis, and have concerns around whether our bodies can truly adapt to running healthily at a lower temperature. We are evolved to run at a pretty precise measure, and long-term body temperature changes in humans have not yet been studied.

But the SpaceWorks team’s research has both short and long-term prospects. The advances being made in our understanding and implementation of the torpor state can likely be adapted for use in organ transplants and critical care in extreme environments.

Of course, it’s the long term that excites Bradford. He estimates they could possibly achieve this capability for manned missions as soon as the 2030s. And with Elon Musk aiming for the first manned flights of his new rocket in 2024, it seems this pair might have the ingredients for a Martian future for Earthlings sooner than we expect.