How Blockchain Is Changing Computer Gaming 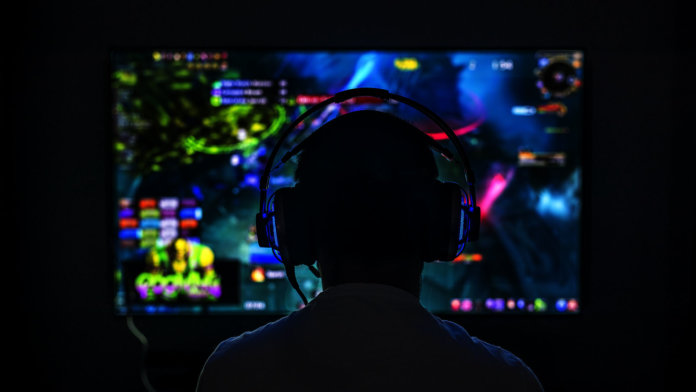 Ripples of change are starting to spread throughout the $108.9 billion computer gaming industry, as blockchain technology looks set to change core aspects of games enjoyed by 2.2 billion people around the world.

Better security as well as new opportunities and incentives for gamers are just some of the benefits that blockchain can bring to our virtual pastimes.

The developments are getting a boost from both big technology companies and increased funding for startups. Mythical Games provides an excellent example of the latter. The startup came out of stealth in November of this year, announcing a $16 million Series A funding round. The company plans to use the venture capital to develop a line of games on the EOSIO blockchain for PC, mobile, and consoles and create an open environment for developers to build games with “player-owned economies.”

If it were a human, blockchain gaming (roughly defined as games that are built on a blockchain) would still have its baby teeth. The starting date for blockchain gaming—sometimes referred to as crypto gaming—is often set at 2013 with games such as HunterCoin. Through playing the game and completing different tasks, players can earn cryptocurrency and spend it on various in-game advancements. The early efforts were, more often than not, tightly tied to cryptocurrencies, with several early games enabling players to earn and/or spend Bitcoin.

While development kept going, it wasn’t until late 2017, with the emergence of CryptoKitties (developed by Axiom Zen) that the general public really started to pay attention to blockchain gaming. The main aim of CryptoKitties is to collect, breed, and trade virtual cats. Using blockchain means that every kitten’s pedigree and ownership is un-hackable. It quickly became very popular, with one virtual cat being sold for the equivalent of $170,000, and the game starting to slow down the Ethereum blockchain network it ran on.

Other blockchain-based games are also increasing in popularity, like Spells of Genesis, Miner Simulator, and Itadaki Dungeon, all available through the Google Play Store.

To the average computer gamer, many early blockchain games probably suffer from limited gameplay. However, the games are changing and evolving. At the same time, large game developers are starting to explore the possibilities in blockchain games.

The best example is perhaps HashCraft, developed by Ubisoft. In HashCraft, the player is dropped onto an island you are free to explore at your heart’s desire. Players can also craft challenges that visitors to your island can compete in and complete. Once you’re happy with your creation, you can make your island publicly-available and others can visit it. Every part of the island and gaming experience is stored on the blockchain and is also decentralized, meaning that even if a server goes down, the record of your island doesn’t disappear.

While HashCraft is still very much a prototype, and it is by no means a certainty that it will be released, it showcases some of the benefits that blockchain can bring to computer games in general, not just games that are built on a blockchain.

Player ownership of game assets is one core area. In traditional video games, in-game items and player characters are owned by game developers. They, and the games, are often run on servers. Storing the items and characters on the blockchain allows for a decentralized, immutable record of ownership that can be separate from the gaming company and its servers.

This, in turn, can help make in-game virtual assets more valuable, liquid, and worth collecting, as players in essence own the virtual items. Trading in-game virtual assets on the blockchain through smart contracts allows for peer-to-peer transactions that can be accessed by anyone on the blockchain, negating the need for centralized control. At the same time, it removes some of the issues connected to fraud.

Using blockchain for your online digital identity and to safeguard your login details for various games can increase security. Fraud and hacked player accounts are an industry-wide scourge. For example, a report from December 2015 detailed how 77,000 Steam accounts were hacked. Every month. The fallout can include lost personal sensitive data and perhaps even monetary losses.

Proving that the items you have crafted or earned through gameplay are both unique and scarce is challenging in traditional gaming environments. Via blockchain, game developers would easily be able to create online directories where users could track availability and scarcity of various in-game assets. Such a public ledger would also be able to track ownership and sales of such items.

Blockchain and crypto-gaming also increase the possibilities for players to be remunerated for their game-time, as well as their mastery and creativity in game worlds. HashCraft is an excellent example, and it isn’t difficult to see a similar approach being employed to reward players for creating new game levels or accomplishing in-game achievements. In a way, this helps blur the traditional borders between developers and gamers.

Large technology and gaming companies are increasingly involved in blockchain gaming, as well as integrating blockchain features in their existing computer game ecosystems. The Japanese internet services company GMO recently announced that its “Bitcoin-based application for in-game rewards” would be released in August, with one game, Whimsical War, already lined up to use the app once it’s launched.

Fortnite creator Epic Games is exploring blockchain and Microsoft is already rolling out a blockchain product that could handle content rights and royalties for the Xbox. Blockchain gaming even had its inaugural summit this autumn.

The Future Is Wide Open

All of the news above comes from the last year. It shows that blockchain uses in relation to computer games are growing rapidly, and that companies are only just starting to explore the possibilities.

One area that has a lot of people excited is the possibility of buying or earning items and using them in other games. For example, you would be able to win/earn a virtual asset in a game like Super Smash Brothers and use it for your characters in other Nintendo games. The unique confirmation process of blockchain would allow that kind of thing.

62 percent of respondents to a study by Worldwide Asset eXchange (WAX) said that the ability to transfer virtual items between games ‘would make spending money on those items more worth it.’ There could also be new innovations in further incentivizing players to create content or direct and lead online teams.