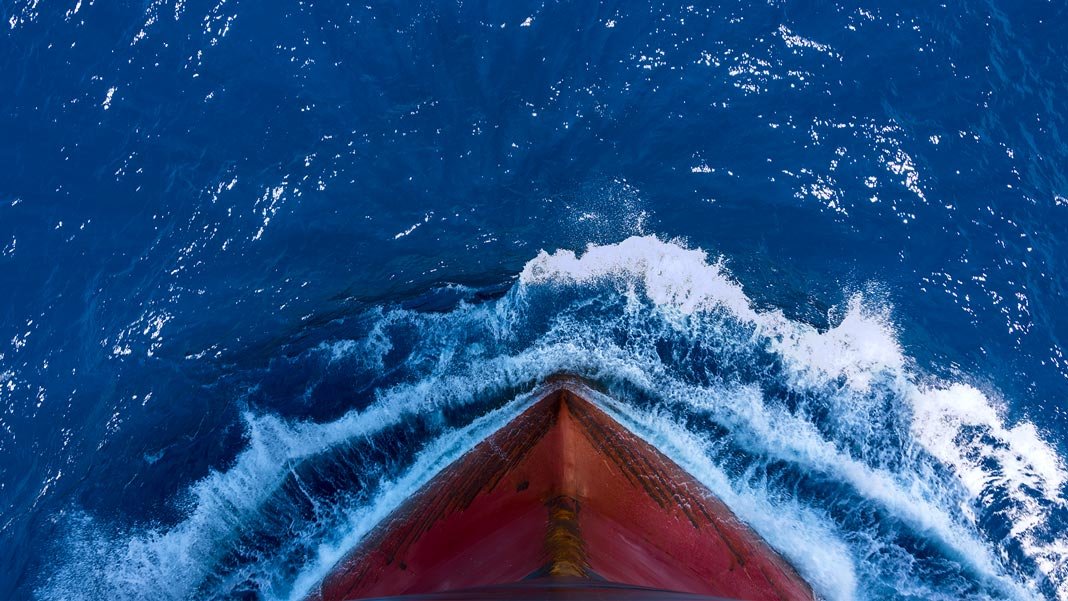 The ocean covers more than 70 percent of our planet’s surface. The Pacific alone is more than 60 million square miles. And yet, technologists are often focused on their home turf, populating roads with Ubers, equipping cities with wireless access points, and covering the land with cellular base stations.

But it doesn’t have to stay that way. New and developing technologies could lead to a more responsible ocean economy.

Canada’s Ocean Supercluster is a private-sector-led partnership that hopes to leverage the latest science and technology in order to address global challenges and ensure better outcomes for our oceans. Unlike clusters organized around a single sector, this partnership is applying innovation to various ocean industries, such as marine renewable energies, fisheries, oil and gas, and shipbuilding. In November, the Canadian federal government announced it would inject up to $153 million into these efforts, along with matching corporate funds.

It has been projected that the “ocean economy” will more than double in size by 2030. Although there is money to be made, there is also, if you’ll pardon the pun, an ocean of untapped data. That data could enhance predictions, risk characterization, and operational performance. The Ocean Supercluster partnership also claims that its innovation investments will enhance sustainability by lowering carbon footprints, strengthening environmental monitoring and protection, and improving resource management and energy efficiency.

Below are some of the crucial areas where technology is changing the ocean economy.

The oil and gas industry is one of high risk, and technological tools are essential when things go awry. Companies like Advisian and MetOcean Telematics have devised oil spill tracking buoys with integrated antennas and power. A group of these floating transceivers can be deployed by air. They send back accurate, real-time tracking of the ocean’s surface—mapping currents, oil spills, and other phenomena.

These transceivers contribute to a better understanding of the global impact of industry. The Iridium satellite system proves particularly useful in remote regions: a drifter operating in Iridium-only mode can have a lifespan up to one year, extending its applications to marine research.

The Ocean Supercluster is looking into opportunities for customizing underwater sensors to provide real-time data for monitoring fish and their environments in fish farms.

The standards for long-distance offshore marine communication systems have changed over time. Current radio telecommunication technologies have improved safety and logistical operations. The systems also remain functional in high heat and other emergency situations. Progress will likely continue in this direction, preventing collisions and allowing goods to reach markets all around the world.

Communications improvements have also been felt within the tourism industry as cruise industry operators increasingly provide onboard internet and mobile services.

The Ocean Supercluster is looking into autonomous vehicles to improve the inspection and maintenance of large marine assets, such as ships, oil platforms, and industrial infrastructure. Although the media has paid a lot of attention to the self-driving cars attempting to roam our asphalt, the same revolution is happening on the water.

With the emergence of unmanned and autonomous surface vessels, it isn’t obvious what the maritime sector should classify as a “ship.” This raises significant questions about international regulations and liabilities. The Shipowners’ Club, a marine insurer founded in 1855, has recommended that the existing frameworks be amended in order to accommodate the emergence of these radical new technologies.

Autonomous underwater vehicles or gliders are also able to measure oceanographic parameters like temperature, salinity, and pressure. Some of these vehicles function by using small changes in buoyancy and wings to achieve forward motion.

Ice trackers can serve as an early warning system to oil platforms, letting them know if treacherous icebergs are approaching. Rutter’s sigma S6 system works by enhancing radar capabilities with multi-layered processing. The hazard of floating ice is more threatening than in previous years due to global warming.

Fortunately, remote sensing technology allows workers to prepare well in advance, reducing the chances of disaster and environmental pollution. Sometimes, vessels are actually able to strategically maneuver around icebergs in order to change the direction of the ice.

The Future of our Oceans

The ocean is a shared resource, transcending all boundaries and sovereignties, and it is vulnerable to exploitation. Without shared data and sustainable techniques, the ocean might continue to suffer under human impact. Ideally, emerging technologies geared towards safeguarding it will be developed sustainably and collaboratively, allowing us to thrive alongside our oceans.