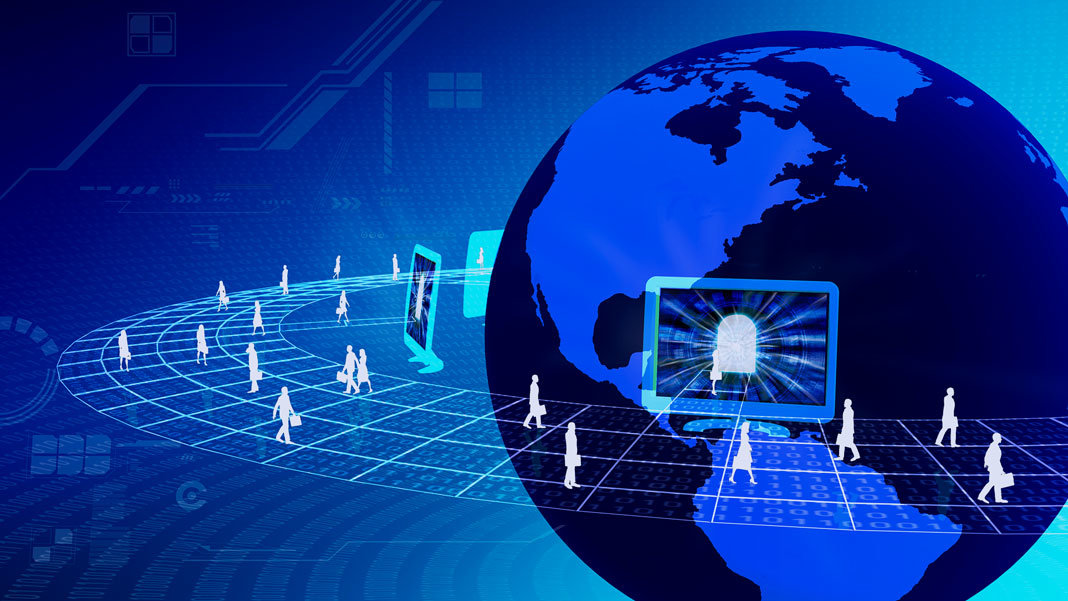 How we work and play is about to transform.

After a prolonged technology “winter”—or what I like to call the ‘deceptive growth’ phase of any exponential technology—the hardware and software that power virtual (VR) and augmented reality (AR) applications are accelerating at an extraordinary rate.

Unprecedented new applications in almost every industry are exploding onto the scene.

Both VR and AR, combined with artificial intelligence, will significantly disrupt the “middleman” and make our lives “auto-magical.” The implications will touch every aspect of our lives, from education and real estate to healthcare and manufacturing.

The Future of Work

How and where we work is already changing, thanks to exponential technologies like artificial intelligence and robotics.

But virtual and augmented reality are taking the future workplace to an entirely new level.

I recently interviewed Glenn Sanford, who founded eXp Realty in 2008 (imagine: a real estate company on the heels of the housing market collapse) and is the CEO of eXp World Holdings.

Ten years later, eXp Realty has an army of 14,000 agents across all 50 US states, three Canadian provinces, and 400 MLS market areas… all without a single traditional staffed office.

In a bid to transition from 2D interfaces to immersive, 3D work experiences, virtual platform VirBELA built out the company’s office space in VR, unlocking indefinite scaling potential and an extraordinary new precedent.

Real estate agents, managers, and even clients gather in a unique virtual campus, replete with a sports field, library, and lobby. It’s all accessible via head-mounted displays, but most agents join with a computer browser. Surprisingly, the campus-style setup enables the same type of water-cooler conversations I see every day at the XPRIZE headquarters.

With this centralized VR campus, eXp Realty has essentially thrown out overhead costs and entered a lucrative market without the same constraints of brick-and-mortar businesses.

Delocalize with VR, and you can now hire anyone with internet access (right next door or on the other side of the planet), redesign your corporate office every month, throw in an ocean-view office or impromptu conference room for client meetings, and forget about guzzled-up hours in traffic.

As a leader, what happens when you can scalably expand and connect your workforce, not to mention your customer base, without the excess overhead of office space and furniture? Your organization can run faster and farther than your competition.

But beyond the indefinite scalability achieved through digitizing your workplace, VR’s implications extend to the lives of your employees and even the future of urban planning:

Augmented Reality: Annotate and Interact with Your Workplace

As I discussed in a recent Spatial Web blog, not only will Web 3.0 and VR advancements allow us to build out virtual worlds, but we’ll soon be able to digitally map our real-world physical offices or entire commercial high-rises.

Our workplaces are practically littered with information. File cabinets abound with archival data and relevant documents, and company databases continue to grow at a breakneck pace. And, as all of us are increasingly aware, cybersecurity and robust data permission systems remain a major concern for CEOs and national security officials alike.

What if we could link that information to specific locations, people, time frames, and even moving objects?

As data gets added and linked to any given employee’s office, conference room, or security system, we might then access online-merge-offline environments and information through augmented reality.

Imagine showing up at your building’s concierge and your AR glasses automatically check you into the building, authenticating your identity and pulling up any reminders you’ve linked to that specific location.

You stop by a friend’s office, and his smart security system lets you know he’ll arrive in an hour. Need to book a public conference room that’s already been scheduled by another firm’s marketing team? Offer to pay them a fee and, once accepted, a smart transaction will automatically deliver a payment to their company account.

With blockchain-verified digital identities, spatially logged data, and virtually manifest information, business logistics take a fraction of the time, operations grow seamless, and corporate data will be safer than ever.

Or better yet, imagine precise and high-dexterity work environments populated with interactive annotations that guide an artisan, surgeon, or engineer through meticulous handiwork.

Take, for instance, AR service 3D4Medical, which annotates virtual anatomy in midair. And as augmented reality hardware continues to advance, we might envision a future wherein surgeons perform operations on annotated organs and magnified incision sites, or one in which quantum computer engineers can magnify and annotate mechanical parts, speeding up reaction times and vastly improving precision.

The Future of Free Time and Play

In Abundance, I wrote about today’s rapidly demonetizing cost of living. In 2011, almost 75 percent of the average American’s income was spent on housing, transportation, food, personal insurance, health, and entertainment. What the headlines don’t mention: this is a dramatic improvement over the last 50 years. We’re spending less on basic necessities and working fewer hours than previous generations.

Technology continues to change this, continues to take care of us and do our work for us. One phrase that describes this is “technological socialism,” where it’s technology, not the government, that takes care of us.

Extrapolating from the data, I believe we are heading towards a post-scarcity economy. Perhaps we won’t need to work at all, because we’ll own and operate our own fleet of robots or AI systems that do our work for us.

As living expenses demonetize and workplace automation increases, what will we do with this abundance of time? How will our children and grandchildren connect and find their purpose if they don’t have to work for a living?

As I write this on a Saturday afternoon and watch my two seven-year-old boys immersed in Minecraft, building and exploring worlds of their own creation, I can’t help but imagine that this future is about to enter its disruptive phase.

Exponential technologies are enabling a new wave of highly immersive games, virtual worlds, and online communities. We’ve likely all heard of the Oasis from Ready Player One. But far beyond what we know today as ‘gaming,’ VR is fast becoming a home to immersive storytelling, interactive films, and virtual world creation.

Within the virtual world space, let’s take one of today’s greatest precursors, the aforementioned game Minecraft.

For reference, Minecraft is over eight times the size of planet Earth. And in their free time, my kids would rather build in Minecraft than almost any other activity. I think of it as their primary passion: to create worlds, explore worlds, and be challenged in worlds.

And in the near future, we’re all going to become creators of or participants in virtual worlds, each populated with assets and storylines interoperable with other virtual environments.

But while the technological methods are new, this concept has been alive and well for generations. Whether you got lost in the world of Heidi or Harry Potter, grew up reading comic books or watching television, we’ve all been playing in imaginary worlds, with characters and story arcs populating our minds. That’s the nature of childhood.

In the past, however, your ability to edit was limited, especially if a given story came in some form of 2D media. I couldn’t edit where Tom Sawyer was going or change what Iron Man was doing. But as a slew of new software advancements underlying VR and AR allow us to interact with characters and gain (albeit limited) agency (for now), both new and legacy stories will become subjects of our creation and playgrounds for virtual interaction.

Take VR/AR storytelling startup Fable Studio’s Wolves in the Walls film. Debuting at the 2018 Sundance Film Festival, Fable’s immersive story is adapted from Neil Gaiman’s book and tracks the protagonist, Lucy, whose programming allows her to respond differently based on what her viewers do.

And while Lucy can merely hand virtual cameras to her viewers among other limited tasks, Fable Studio’s founder Edward Saatchi sees this project as just the beginning.

Imagine a virtual character—either in augmented or virtual reality—geared with AI capabilities, that now can not only participate in a fictional storyline but interact and dialogue directly with you in a host of virtual and digitally overlayed environments.

Or imagine engaging with a less-structured environment, like the Star Wars cantina, populated with strangers and friends to provide an entirely novel social media experience.

Already, we’ve seen characters like that of Pokémon brought into the real world with Pokémon Go, populating cities and real spaces with holograms and tasks. And just as augmented reality has the power to turn our physical environments into digital gaming platforms, advanced AR could bring on a new era of in-home entertainment.

Imagine transforming your home into a narrative environment for your kids or overlaying your office interior design with Picasso paintings and gothic architecture. As computer vision rapidly grows capable of identifying objects and mapping virtual overlays atop them, we might also one day be able to project home theaters or live sports within our homes, broadcasting full holograms that allow us to zoom into the action and place ourselves within it.

Increasingly honed and commercialized, augmented and virtual reality are on the cusp of revolutionizing the way we play, tell stories, create worlds, and interact with both fictional characters and each other.