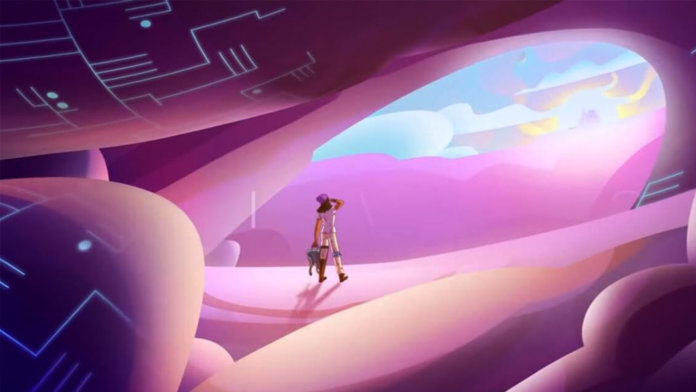 When you picture what the world will look like in 10, 20, or 50 years, what comes to mind? Most people probably envision a scenario that’s drastically positive or negative—a utopia or, more likely, a dystopia.

But what if we could shape the direction the future takes using simply our imaginations? What if there were narratives that made us dream about what’s possible, and made us flip off the doom and gloom switch in favor of progress and vision?

This is the aim of a new multimedia series from The Verge called Better Worlds. Launched today, the series consists of 10 sci fi short stories along with audio and animated adaptations. In an interview with Singularity Hub, editor Laura Hudson shared details about the origin of Better Worlds, and the message she hopes it will communicate.

“At its core, the series came from a hunger I felt I had, particularly in 2018, for more positive stories,” Hudson said. “I think we’re kind of diffused in dystopia right now, both in the news and in a lot of the media we consume.”

All the Bad News

The news we take in every day is often ominous, and worrying trends are on the rise all over the world: a growing wealth gap between rich and poor, the rise of authoritarian and extremist rule, and the proliferation of technology whose unintended consequences we’re struggling to manage, to name a few.

But our media and entertainment have come to disproportionately reflect this negativity, and the good things happening in the world—as well as technology’s ability to bring about more of those good things—often get swept aside.

“We see a lot more apocalyptic fiction, period, even outside of sci fi,” Hudson said. “And there is a darker cast to it, the sense that ‘the robots are coming for us’ or ‘AI is going to do all these horrible things’ or ‘climate change is going to ruin the world.’ That’s not to say there aren’t concerns about tech’s ability to do negative things. But I think that shouldn’t be the only story.”

Imagine It, Then Invent It

Science fiction writers have long conceived of worlds where technology shaped nations and lives in surprising ways. But sci fi wasn’t always as dark a genre as it seems to have become.

Growing up, Hudson was a huge fan of Star Trek, and she pointed out that the products of the ‘golden age’ of comics and sci fi pulps were a lot more optimistic; rather than ‘look at all the ways technology could destroy us’ it was ‘look at the incredible things we’re going to do with technology.’ Writers like Isaac Asimov and Octavia Butler imagined scenarios where science made the future brighter—and their visions inspired a generation of inventors and innovators.

Indeed, the implications of the media we consume don’t stop at its entertainment value. Writer Neal Stephenson, Hudson said, made a connection between a lack of positive science fiction and a phenomenon he termed innovation starvation. “More people need to be creating spaces that imagine what the future can look like, and when we don’t do so we’re starving those possibility spaces,” Hudson said.

Importantly, Hudson and the other creators of Better Worlds wanted the series to represent a diverse array of voices; if the future is truly going to be better, it must be better for everyone, thus everyone should have a part in shaping it.

“It was important to us that many of the voices represent women and people of color, people with various types of identities,” Hudson said. “A problem we’ve long had in media is that when you see the world through one lens, it limits you.”

One of the inspirations for her, she added, was the fiction anthology Octavia’s Brood, which called on a diverse array of social justice activists—many of whom hadn’t written much before—to write sci fi.

A few of the writers who helped create Better Worlds include Justina Ireland, John Scalzi, and Leigh Alexander.

Looking Ahead, Looking Up

In the future, be it 5 years down the road or 50, advanced technologies will be an even bigger part of our lives than they are today. And just as the present is neither utopian nor dystopian, the future likely won’t fall firmly into one of these labels either. Societies will make positive progress while still grappling with challenges and hardships. Tech will bring benefits to our lives as well as unforeseen drawbacks.

But envisioning a bright future is one step we can take to push our realities toward growth rather than decline, abundance rather than scarcity, and inclusion rather than inequity.

The first Better Worlds story, out today, is Justina Ireland’s “A Theory of Flight,” about a daring plan to build an open-sourced rocket.

Hudson’s hope for the series is that it makes people feel a sense of possibility. “It’s easy to see a lot of cynicism,” she said. “If only for a moment, I’d love it if these stories made people feel hope rather than dread.”

The remaining stories, which have a little something for everyone—a spy thriller, action, even romance—will be released on The Verge over the next five weeks.