Can AI Tell the Difference Between a Polar Bear and a Can Opener? 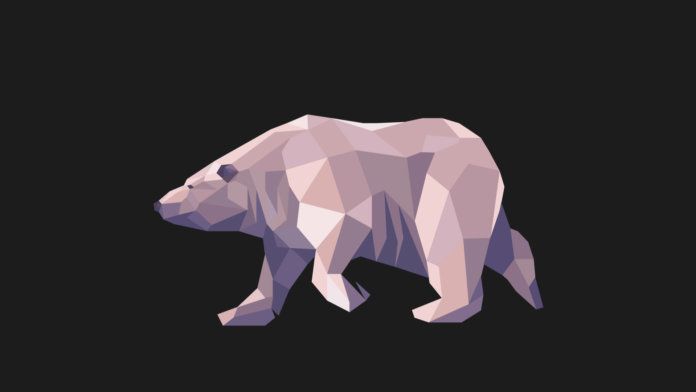 Scarcely a day goes by without another headline about neural networks: some new task that deep learning algorithms can excel at, approaching or even surpassing human competence. As the application of this approach to computer vision has continued to improve, with algorithms capable of specialized recognition tasks like those found in medicine, the software is getting closer to widespread commercial use—for example, in self-driving cars. Our ability to recognize patterns is a huge part of human intelligence: if this can be done faster by machines, the consequences will be profound.

Yet, as ever with algorithms, there are deep concerns about their reliability, especially when we don’t know precisely how they work. State-of-the-art neural networks will confidently—and incorrectly—classify images that look like television static or abstract art as real-world objects like school-buses or armadillos. Specific algorithms could be targeted by “adversarial examples,” where adding an imperceptible amount of noise to an image can cause an algorithm to completely mistake one object for another. Machine learning experts enjoy constructing these images to trick advanced software, but if a self-driving car could be fooled by a few stickers, it might not be so fun for the passengers.

These difficulties are hard to smooth out in large part because we don’t have a great intuition for how these neural networks “see” and “recognize” objects. The main insight analyzing a trained network itself can give us is a series of statistical weights, associating certain groups of points with certain objects: this can be very difficult to interpret.

Now, new research from UCLA, published in the journal PLOS Computational Biology, is testing neural networks to understand the limits of their vision and the differences between computer vision and human vision. Nicholas Baker, Hongjing Lu, and Philip J. Kellman of UCLA, alongside Gennady Erlikhman of the University of Nevada, tested a deep convolutional neural network called VGG-19. This is state-of-the-art technology that is already outperforming humans on standardized tests like the ImageNet Large Scale Visual Recognition Challenge.

They found that, while humans tend to classify objects based on their overall (global) shape, deep neural networks are far more sensitive to the textures of objects, including local color gradients and the distribution of points on the object. This result helps explain why neural networks in image recognition make mistakes that no human ever would—and could allow for better designs in the future.

In the first experiment, a neural network was trained to sort images into 1 of 1,000 different categories. It was then presented with silhouettes of these images: all of the local information was lost, while only the outline of the object remained. Ordinarily, the trained neural net was capable of recognizing these objects, assigning more than 90% probability to the correct classification. Studying silhouettes, this dropped to 10%. While human observers could nearly always produce correct shape labels, the neural networks appeared almost insensitive to the overall shape of the images. On average, the correct object was ranked as the 209th most likely solution by the neural network, even though the overall shapes were an exact match.

When the neural network was explicitly trained to recognize object silhouettes—given no information in the training data aside from the object outlines—the researchers found that slight distortions or “ripples” to the contour of the image were again enough to fool the AI, while humans paid them no mind.

The fact that neural networks seem to be insensitive to the overall shape of an object—relying instead on statistical similarities between local distributions of points—suggests a further experiment. What if you scrambled the images so that the overall shape was lost but local features were preserved? It turns out that the neural networks are far better and faster at recognizing scrambled versions of objects than outlines, even when humans struggle. Students could classify only 37% of the scrambled objects, while the neural network succeeded 83% of the time.

“This study shows these systems get the right answer in the images they were trained on without considering shape,” Kellman said. “For humans, overall shape is primary for object recognition, and identifying images by overall shape doesn’t seem to be in these deep learning systems at all.”

Naively, one might expect that—as the many layers of a neural network are modeled on connections between neurons in the brain and resemble the visual cortex specifically—the way computer vision operates must necessarily be similar to human vision. But this kind of research shows that, while the fundamental architecture might resemble that of the human brain, the resulting “mind” operates very differently.

Researchers can, increasingly, observe how the “neurons” in neural networks light up when exposed to stimuli and compare it to how biological systems respond to the same stimuli. Perhaps someday it might be possible to use these comparisons to understand how neural networks are “thinking” and how those responses differ from humans.

But, as yet, it takes a more experimental psychology to probe how neural networks and artificial intelligence algorithms perceive the world. The tests employed against the neural network are closer to how scientists might try to understand the senses of an animal or the developing brain of a young child rather than a piece of software.

By combining this experimental psychology with new neural network designs or error-correction techniques, it may be possible to make them even more reliable. Yet this research illustrates just how much we still don’t understand about the algorithms we’re creating and using: how they tick, how they make decisions, and how they’re different from us. As they play an ever-greater role in society, understanding the psychology of neural networks will be crucial if we want to use them wisely and effectively—and not end up missing the woods for the trees.