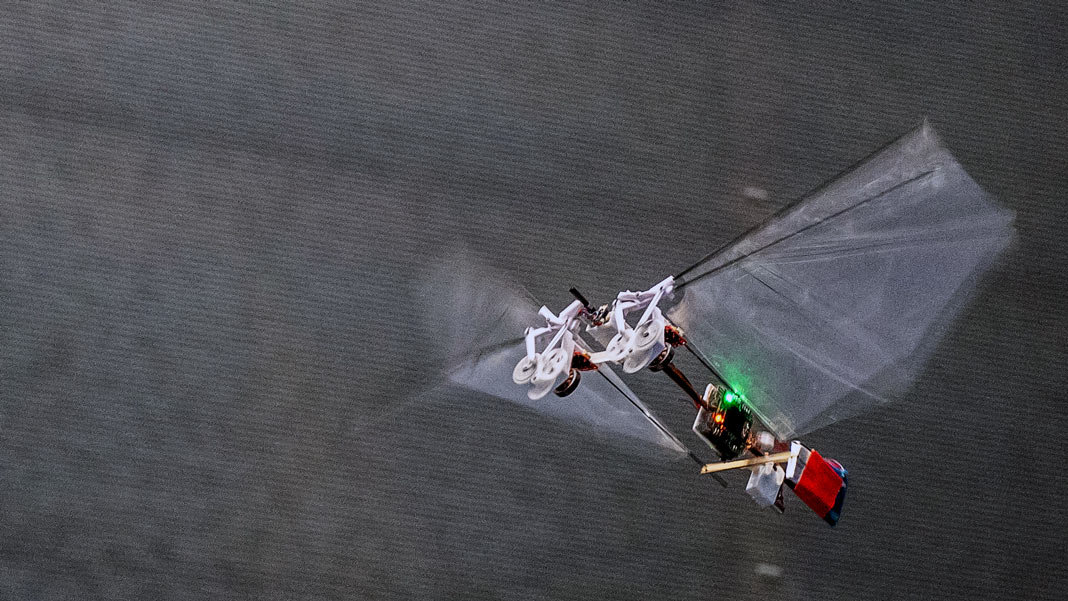 The robot revolution may not be here quite yet, but our mechanical cousins have made some serious strides. And now some of the leading experts in the field have provided a rundown of what they see as the 10 most exciting recent developments.

Compiled by the editors of the journal Science Robotics, the list includes some of the most impressive original research and innovative commercial products to make a splash in 2018, as well as a couple from 2017 that really changed the game.

It seems like barely a few months go by without Boston Dynamics rewriting the book on what a robot can and can’t do. Last year they really outdid themselves when they got their Atlas humanoid robot to do parkour, leaping over logs and jumping between wooden crates.

Atlas’s creators have admitted that the videos we see are cherry-picked from multiple attempts, many of which don’t go so well. But they say they’re meant to be inspirational and aspirational rather than an accurate picture of where robotics is today. And combined with the company’s dog-like Spot robot, they are certainly pushing boundaries.

Robotic surgery isn’t new, but the technology is improving rapidly. Market leader Intuitive’s da Vinci surgical robot was first cleared by the FDA in 2000, but since then it’s come a long way, with the company now producing three separate systems.

The latest addition is the da Vinci SP (single port) system, which     is able to insert three instruments into the body through a single 2.5cm cannula (tube) bringing a whole new meaning to minimally invasive surgery. The system was granted FDA clearance for urological procedures last year, and the company has now started shipping the new system to customers.

3. Soft robot that navigates through growth

Roboticists have long borrowed principles from the animal kingdom, but a new robot design that mimics the way plant tendrils and fungi mycelium move by growing at the tip has really broken the mold on robot navigation.

The editors point out that this is the perfect example of bio-inspired design; the researchers didn’t simply copy nature, they took a general principle and expanded on it. The tube-like robot unfolds from the front as pneumatic pressure is applied, but unlike a plant, it can grow at the speed of an animal walking and can navigate using visual feedback from a camera.

Soft robotics is one of the fastest-growing sub-disciplines in the field, but powering these devices without rigid motors or pumps is an ongoing challenge. A variety of shape-shifting materials have been proposed as potential artificial muscles, including liquid crystal elastomeric actuators.

Harvard engineers have now demonstrated that these materials can be 3D printed using a special ink that allows the designer to easily program in all kinds of unusual shape-shifting abilities. What’s more, their technique produces actuators capable of lifting significantly more weight than previous approaches.

In another effort to find a way to power soft robots, last year researchers at the University of Colorado Boulder designed a series of super low-cost artificial muscles that can lift 200 times their own weight and even heal themselves.

The devices rely on pouches filled with a liquid that makes them contract with the force and speed of mammalian skeletal muscles when a voltage is applied. The most promising for robotics applications is the so-called Peano-HASEL, which features multiple rectangular pouches connected in series that contract linearly, just like real muscle.

While you may think of robots as hulking metallic machines, a substantial number of scientists are working on making nanoscale robots out of DNA. And last year German researchers built the first remote-controlled DNA robotic arm.

They created a length of tightly-bound DNA molecules to act as the arm and attached it to a DNA base plate via a flexible joint. Because DNA carries a charge, they were able to get the arm to swivel around like the hand of a clock by applying a voltage and switch direction by reversing that voltage. The hope is that this arm could eventually be used to build materials piece by piece at the nanoscale.

Robotics doesn’t only borrow from biology—sometimes it gives back to it, too. And a new flapping-winged robot designed by Dutch engineers that mimics the humble fruit fly has done just that, by revealing how the animals that inspired it carry out predator-dodging maneuvers.

The lab has been building flapping robots for years, but this time they ditched the airplane-like tail used to control previous incarnations. Instead, they used insect-inspired adjustments to the motions of its twin pairs of flapping wings to hover, pitch, and roll with the agility of a fruit fly. That has provided a useful platform for investigating insect flight dynamics, as well as more practical applications.

Exoskeletons could prevent workplace injuries, help people walk again, and even boost soldiers’ endurance. Strapping on bulky equipment isn’t ideal, though, so researchers at Harvard are working on a soft exoskeleton that combines specially-designed textiles, sensors, and lightweight actuators.

And last year the team made an important breakthrough by combining their novel exoskeleton with a machine-learning algorithm that automatically tunes the device to the user’s particular walking style. Using physiological data, it is able to adjust when and where the device needs to deliver a boost to the user’s natural movements to improve walking efficiency.

Robots in factories are nothing new. The enormous mechanical arms you see in car factories normally have to be kept in cages to prevent them from accidentally crushing people. In recent years there’s been growing interest in “co-bots,” collaborative robots designed to work side-by-side with their human colleagues and even learn from them.

Earlier this year saw the demise of ReThink robotics, the pioneer of the approach. But the simple single arm devices made by Danish firm Universal Robotics are becoming ubiquitous in workshops and warehouses around the world, accounting for about half of global co-bot sales. Last year they released their latest e-Series, with enhanced safety features and force/torque sensing.

After a nearly 20-year hiatus, Sony’s robotic dog aibo is back, and it’s had some serious upgrades. As well as a revamp to its appearance, the new robotic pet takes advantage of advances in AI, with improved environmental and command awareness and the ability to develop a unique character based on interactions with its owner.

The editors note that this new context awareness mark the device out as a significant evolution in social robots, which many hope could aid in childhood learning or provide companionship for the elderly.