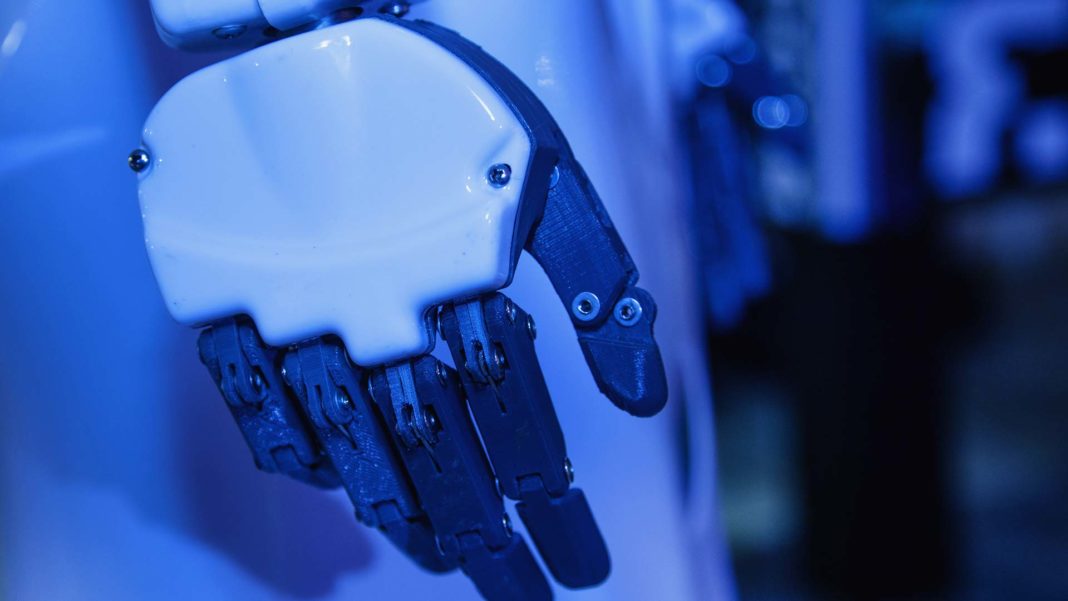 Ever since the appearance of the power loader in the sci-fi classic Aliens, the idea that powered exoskeletons could let workers carry superhuman weights has enticed executives in heavy industry. Recent developments suggest the idea might finally be moving into the real world.

The idea behind exoskeletons, or wearable robotics, seems like a no-brainer. Marry the power of mechanical robotics with the ready-made smarts and adaptability of humans, removing the need to develop sophisticated AI to control your robots.

Reality has proven trickier. Humans work in fundamentally different ways than machines, so designing machines that conform to the way we move and to fit our soft and squishy bodies is difficult. And if exoskeletons are going to make life easier for humans rather than giving us an extra thing to worry about, they need to be unobtrusive, lightweight, and adaptable to a wide variety of body sizes and shapes.

That’s why, despite the first demonstrations as early as the 1960s, the devices still aren’t a regular feature on the factory floor—but that may be about to change. Earlier this month, Ford announced that it plans to roll out the use of exoskeletons made by Ekso Bionics at 15 facilities worldwide after successful trials in the US.

These devices may be somewhat less impressive than Ripley’s power loader. The EksoVest is a completely unpowered mechanical frame that simply helps support workers’ arms when they’re held over their heads for long periods of time.

But considering the device costs in the region of only $5,000, that’s not bad, particularly when the cost of rehabilitating a worker’s injured shoulder can cost up to $100,000. And it’s a sign that these devices might be making the transition from high-tech curiosity to a genuinely useful product.

The longest-running development effort for exoskeletons has been in the military, but despite decades of work, even the world’s most advanced militaries have yet to field them. That could soon change too, with Lockheed Martin’s lower body-supporting ONYX device due to start trials this year. The device straps to the legs to provide support for soldiers carrying up to 100 pounds.

The first efforts to bring exoskeletons into the mainstream saw them employed to help people with disabilities walk again. In 2014, ReWalk’s battery-powered robotic suit became the first approved for medical use by the FDA. Motors at the knee and hip made it possible for someone with complete lower-limb paralysis to walk while using crutches. Since then several similar devices have been cleared for medical use, but with prices around $100,000, they’ve failed to break through to mainstream use.

Now a new wave of devices aimed at much narrower industrial use cases with simplified technology and dramatically lower prices is starting to catch on. EksoVest is being trialed by BMW and Boeing. EksoZeroG, a robotic third arm that can be used to support heavy power tools, has also been tested on building sites across the US.

Another company making major headway is SuitX, which produces three different models of industrial exoskeletons to support different parts of the body. The $5,000 LegX lets users squat or crouch for extended periods without getting fatigued, while the $4,000 BackX helps those lifting heavy loads and the $4,000 ShoulderX supports overhead work, much like the EksoVest. The suits have been tested by both Ford and Fiat. Noonee’s Chairless Chair, a lower-body support that locks into place so users can effectively sit in mid-air, has also been tested at Audi and BMW.

And it’s not just these cheaper passive technologies that appear to be breaking through. Panasonic subsidiary Atoun recently announced it would be supplying its powered Model Y exoskeleton for trials with a Hong Kong construction company.

Earlier this year Sarcos Robotics, whose Guardian XO exoskeleton can lift 200 pounds and is the closest thing to the power loader to date, announced they’d created a technical advisory group made up of executives from BMW, Caterpillar, Delta, and GE, among others, to explore industrial applications for the technology.

Amid the panic around the prospect of humans being replaced by machines in a host of jobs, it’s reassuring to see signs that we may in fact be teaming up with robots rather than competing against them.