New Study Suggests You Can Learn While You Sleep 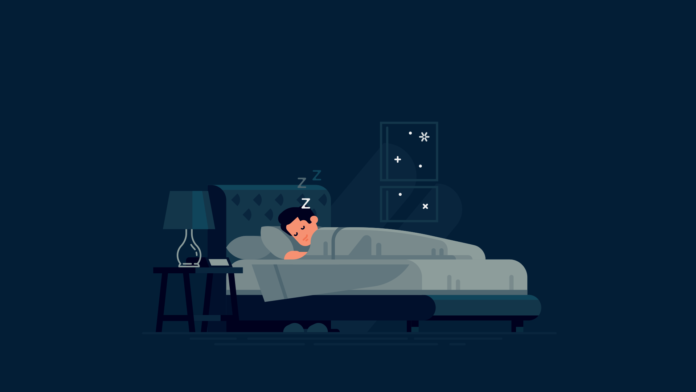 As a chronic insomniac, I have a trick to lure me to sleep without drugs: podcasts.

Every night before bed, I queue up a list of podcasts lengthy enough to last me the night. And sometimes, their contents bleed through into my dreams. Over the years, I’ve dreamed of microbiomes, politics, pop culture, molecular gastronomy—and intriguingly, sometimes the things I heard while sleeping seem to stick the morning after.

Scientists have long wondered if consciousness is necessary for memories. It seems intuitive to say yes—after all, our precious memories are formed during waking hours, when our conscious minds are in control.

Yet a splattering of studies hints at the possibility of learning new material while we slip into unconsciousness every night. The idea sounds sorely like a late-night infomercial: play new vocabulary during phases of deep sleep, and the unconscious brain may just be able to learn those new words—without any work or awareness, even after waking.

Now, a study in Currently Biology suggests that the idea might not be so far-fetched. In a group of 41 German-speakers, researchers found that they could incept participants’ brains with vocabulary from a made-up language and tie those words to German meanings while the participants napped.

It’s a far cry from learning a whole new language, syntax included, while sleeping. But upon waking, when asked whether a certain fictional word was larger than a shoebox (a weird test, I know), the participants answered significantly above chance—without knowing they had  previously encountered the word.

“What we found in our study is that the sleeping brain can actually encode new information and store it for long term. Even more, the sleeping brain is able to make new associations,” said study author Dr. Marc Züst at University of Bern.

We often think of sleep as downtime. It’s nothing but.

Recent studies found that sleep helps the brain spring-clean, washing away toxic molecules that could eventually lead to Alzheimer’s disease.

More importantly, sleep also seems to reorganize memories. During certain stages of sleep, the brain replays memories in fast-forward: neurons responsible for storing memories re-activate again as a network, essentially teaching the brain to remember. This replay action seems to help us etch important learnings and life experiences into more permanent storage in our brains. Meanwhile, tangential memories—perhaps those that didn’t warrant much attention in the first place—are erased to open up more room for storage.

Some of this nightly work can be picked up by directly measuring neural activity in rodent brains. Challenge a mouse to a new maze during the day, and neural networks activated during memory encoding will spark with action at night.

From these rodent studies, scientists figured out that the hippocampus—a seahorse-shaped region tucked deep inside the brain—communicates with the outer layer of the brain, the cortex, during sleep, through waves of activity that can be measured using an EEG device.

In this study, the team recruited 41 German-speaking volunteers of both sexes. Rather than teaching them an established language, the team made up pseudo words, each linked to a certain meaning, to make sure that none of the participants had any previous contact with the new language.

Rather than blasting the words while the volunteers napped, the team decided to target a specific period of sleep: so-called “up states” or “peaks” during deep sleep, a stage usually not associated with dreams.

During deep sleep, neurons coordinate their activity for a brief period of time before slumping into a trough of inactivity—the “down state.” The two states cycle rapidly at every half-second.

“We hypothesized that peaks of slow waves are conducive to sleep encoding because peaks demarcate periods of relative neural excitability,” the authors explained.

As the volunteers napped, each wearing an EEG to monitor their brain waves, the researchers played word associations through in-ear headphones.

For example, the made-up word “topher” was linked to “key,” whereas “guga” was presented with “elephant.” Each word pair was played four times, matching the rhythm of the sleeping brain, so that the second word coincided with up-states. Altogether, the sleeping brains heard about 36 distinct word pairs with over 146 repetitions.

“The time point when the second word of a pair was played was crucial, because this was the moment when a word-word association could be formed, and therefore when neural plasticity needs to be optimal,” the authors explained.

Upon waking, the team showed the volunteers the pseudo-words, while asking them to picture whether the object denoted was smaller or larger than a shoebox—a way to tap into their unconscious memories.

“Implicit memory is hard to explicitly state. We had to access their unconscious, implicit knowledge through questions about semantic aspects of these new words,” Züst said.

Remarkably, when the second word in the word pair coincided with the up-state in deep sleep, the participants could correctly characterize the made-up word 10 percent higher than chance.

“If you present ‘biktum’ and ‘bird’ to sleeping humans, their brains can make a new connection between the known concept ‘bird’ and the completely new and unknown word, ‘biktum,’” said Züst. “This sleep-formed memory trace endures into the following wakefulness and can influence how you react to ‘biktum’ even though you think you’ve never encountered that word before. It’s an implicit, unconscious form of memory—like a gut feeling.”

Delving deep into the data, the team found that hitting the up-states with their word presentation correlated with better memory upon waking.

It explains some of the previous contradictions in studying sleep learning. The authors explained, “The timing of word presentations relative to the sleeper’s EEG was decisive for the success of sleep encoding.”

Peeking into the learning, sleeping brain, the team found that the hippocampus and brain region normally associated with language learning were also active during sleep learning.

It highly contradicts everything we know about how the hippocampus learns—that it’s only active during phases of consciousness, the authors explained.

For those thinking of building “sleeping learning” into a gadget: the idea of incepting a whole new vocabulary while sleeping remains highly contentious. After all, vocabularies are based on knowledge, not gut feelings. What’s more, scientists don’t yet know if active learning during sleep might interfere with sleep’s more prominent role of consolidating daytime memories.

In the meantime, maybe the idea of learning while unconscious isn’t that crazy, even if that superpower may widely vary between people (I, for one, will gleefully keep playing podcasts during my nightly slumber).

“I find it amazing that humans are capable of such sophisticated information processing without consciousness,” said Züst.