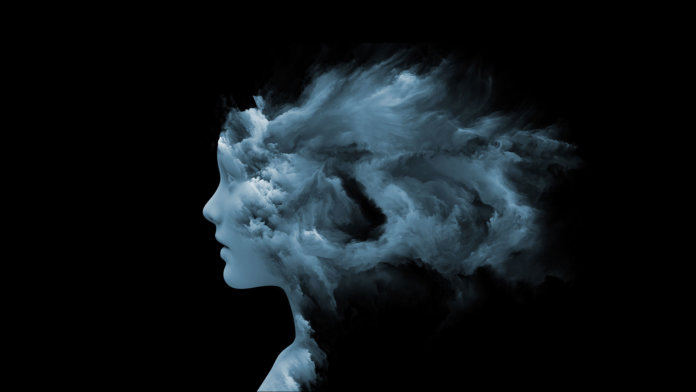 We all have things we’d rather forget. But for over four million people in the US who suffer from post-traumatic stress disorder (PTSD), that need becomes very real.

Erasing memories has always been the stuff of science fiction and wishful thinking. After all, what happened, happened—your experiences are solidified in your head as part of your past, perhaps even molding your personality.

But does it have to be this way?

Memory research is now suggesting there might be a way to turn back the clock. What seems cemented as part of our identities—our memories—are rather mercurial streams of electrical patterns that we can intercept, overwrite, or consciously corrupt.

Last week, an international team from Spain, the Netherlands and the US added proof in Science Advances that complex traumatic memories can be dampened, if not erased.

“We provide a proof of concept that a routine anesthetic procedure…could potentially be used to treat psychiatric disorders in which abnormal emotional memory plays a role,” the team wrote.

The Life of a Memory

Memories are often born in the hippocampus.

Buried deep within the brain, the hippocampus acts as a relatively neutral scribe, recording the whats, whens, and wheres of your life. But it doesn’t act alone. As the “memory center,” the hippocampus intimately collaborates with the cortex—regions that process input data and try making sense of them—and the amygdala, an almond-like nugget that colors your memories with emotions.

The hippocampus-amygdala circuit has long fascinated scientists. Negative emotions, which zap the amygdala into high alert, seem to influence how well the hippocampus transcribes the event—generally, negative events lead to stronger memories. This is partly why memories are never perfect recordings: your brain prioritizes what to remember depending on its shock value, or “emotional salience” in scientist-speak.

Once encoded, the nascent memory remains fragile for several hours. During sleep, various molecular workers spring to life, physically changing neural connections to further etch important memories directly into the very structure of your brain. This step, dubbed “consolidation,” was considered the point of no return: once a memory is consolidated, it’s there to stay.

Every time you recall a memory, bringing it into the forefront of your consciousness, you “re-activate” it. The process involves an intricate molecular dance, linking various neurons responsible for the memory in a synchronized wave that lets you recall details—good or bad. Normally, the more you think about something, the stronger it becomes. But crucially, re-activating a memory also opens it to change.

“[Memories] are not necessarily fixed but can be changed long after storage,” explained Dr. Debiec at the Bellevue Hospital Center in New York in a previous paper, who was not involved in the work. “Seemingly stable memories may re-enter an unstable state when they are retrieved, from which they must be re-stabilized … During reconsolidation, memories are susceptible to modification again.”

That’s the window that the new study, led by Dr. Bryan Strange at the Universidad

The team invited 50 participants to look at two stories presented on slide shows. Some of the slides featured aversive content while a voice narrated the story—meant to stimulate the negative emotions associated with trauma. One showed a boy getting fatally wounded in a car accident. The other story was about the kidnapping and assault of a young woman.

The patients then had a week to consolidate their memories of the two stories before testing. Just before their endoscopy surgery, which required the anesthetic propofol, the team showed the first slide of either story to the volunteers and asked them some details in the narrative—acting as verbal hooks to fish out the associated memory.

Once reactivated, the patients immediately received a dose of propofol into their veins, and surgeons next performed the endoscopy.

Giving the drug after reactivation is key. Previous studies with other “memory-wiping agents,” including the high blood pressure drug propranolol (similar names, I know) are often given before triggering the memory. That confounds things, the authors explain, because the drugs may temporarily prevent people from recalling a memory, rather than destabilizing it.

To further confirm that propofol is corrupting the memory, the scientists separated the volunteers into two groups. In one, they tested the participants’ ability to recall both stories—one reactivated, the other left alone—24 hours after the drug treatment. In the other, they tested the participants’ memories immediately after awakening from surgery.

From animal studies, we know that memory reconsolidation takes roughly a day. That’s what the team found: those in the second group, without giving enough time to disrupt the memory, recalled everything.

The first group, having enough time for the drugs to work their magic, remembered the non-reactivated story perfectly. However, although they could remember the neutral parts of the reactivated story, they struggled to recall the aversive bits.

“The [brain] circuitry involved in emotional memory is probably quite sensitive to anesthetics,” said Strange. “This is good for a potential treatment because you don’t want to remove information that isn’t dramatic or unwanted.”

It’s not that the drugs just dampened their emotions for the memory, which is what previous drugs tend to do. Rather, propofol disrupted the entire emotional memory.

The hippocampus-amygdala circuit is very likely involved here, the authors explained. “A confirmation of this mechanism would be relevant to any application of propofol in the management of PTSD, as a disturbance in this circuit is considered a key pathophysiological feature of PTSD.”

A disturbing story obviously doesn’t completely reflect your own personal trauma. Although the study is a step up from previous studies that wipe away simple learned fears, it’s still a far way off from mimicking all the real-life complexities of PTSD, in which a sniff of something familiar can trigger a tsunami of memories.

“I like the proof of concept idea, but what do you do with this now? How clinically useful is it to actually move forward with some version of this? The answer is, it’s a pretty big question mark,” said Dr. Michael Saladin at the Medical University of South Carolina who was not involved with the study.

For example, a trigger for a traumatic memory can easily link to other neutral or even positive memories. What if they’re also erased? We also don’t know if the negative memories eventually return after a dose of propofol. Finally, long-established memories are harder to manipulate—can propofol also help those traumatized by events decades ago?

Reconsolidation in humans is, without doubt, a very young field. Erasing traumatic memories, either content or emotions, is just one way. Other teams are working to overwrite disturbing memories with neutral or pleasant ones, also during reconsolidation.

The question is, if you have the ability to write away trauma, are you leveling the playing field for your future, or do you also lose yourself in the process?