The Tangled Web of Turning Spider Silk Into a Super Material 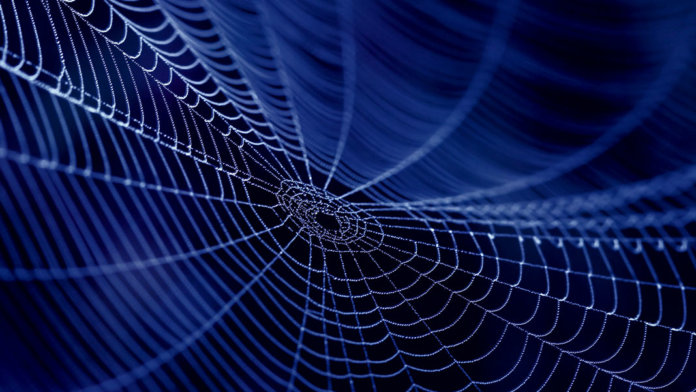 Spider-Man is one of the most popular superheroes of all time. It’s a bit surprising given that one of the more common phobias is arachnophobia—a debilitating fear of spiders.

Perhaps more fantastical is that young Peter Parker, a brainy high school science nerd, seemingly developed overnight the famous web-shooters and the synthetic spider silk that he uses to swing across the cityscape like Tarzan through the jungle.

That’s because scientists have been trying for decades to replicate spider silk, a material that is five times stronger than steel, among its many superpowers. In recent years, researchers have been untangling the protein-based fiber’s structure down to the molecular level, leading to new insights and new potential for eventual commercial uses.

The applications for such a material seem near endless. There’s the more futuristic visions, like enabling robotic “muscles” for human-like movement or ensnaring real-life villains with a Spider-Man-like web. Near-term applications could include the biomedical industry, such as bandages and adhesives, and as a replacement textile for everything from rope to seat belts to parachutes.

Randy Lewis has been studying the properties of spider silk and developing methods for producing it synthetically for more than three decades. In the 1990s, his research team was behind cloning the first spider silk gene, as well as the first to identify and sequence the proteins that make up the six different silks that web slingers make. Each has different mechanical properties.

“So our thought process was that you could take that information and begin to to understand what made them strong and what makes them stretchy, and why some are are very stretchy and some are not stretchy at all, and some are stronger and some are weaker,” explained Lewis, a biology professor at Utah State University and director of the Synthetic Spider Silk Lab, in an interview with Singularity Hub.

The lab also produces synthetic spider silk through a fermentation process not entirely dissimilar to brewing beer, but using genetically modified bacteria to make the desired spider silk proteins. A similar technique has been used for years to make a key enzyme in cheese production. More recently, companies are using transgenic bacteria to make meat and milk proteins, entirely bypassing animals in the process.

The same fermentation technology is used by a chic startup called Bolt Threads outside of San Francisco that has raised more than $200 million for fashionable fibers made out of synthetic spider silk it calls Microsilk. (The company is also developing a second leather-like material, Mylo, using the underground root structure of mushrooms known as mycelium.)

Lewis’ lab also uses transgenic silkworms to produce a kind of composite material made up of the domesticated insect’s own silk proteins and those of spider silk. “Those have some fairly impressive properties,” Lewis said.

The researchers are even experimenting with genetically modified alfalfa. One of the big advantages there is that once the spider silk protein has been extracted, the remaining protein could be sold as livestock feed. “That would bring the cost of spider silk protein production down significantly,” Lewis said.

Producing synthetic spider silk isn’t the problem, according to Lewis, but the ability to do it at scale commercially remains a sticking point.

Another challenge is “weaving” the synthetic spider silk into usable products that can take advantage of the material’s marvelous properties.

“It is possible to make silk proteins synthetically, but it is very hard to assemble the individual proteins into a fiber or other material forms,” said Markus Buehler, head of the Department of Civil and Environmental Engineering at MIT, in an email to Singularity Hub. “The spider has a complex spinning duct in which silk proteins are exposed to physical forces, chemical gradients, the combination of which generates the assembly of molecules that leads to silk fibers.”

Buehler recently co-authored a paper in the journal Science Advances that found dragline spider silk exhibits different properties in response to changes in humidity that could eventually have applications in robotics.

Specifically, spider silk suddenly contracts and twists above a certain level of relative humidity, exerting enough force to “potentially be competitive with other materials being explored as actuators—devices that move to perform some activity such as controlling a valve,” according to a press release.

Recent studies at the molecular level are helping scientists learn more about the unique properties of spider silk, which may help researchers develop materials with extraordinary capabilities.

For example, scientists at Arizona State University used magnetic resonance tools and other instruments to image the abdomen of a black widow spider. They produced what they called the first molecular-level model of spider silk protein fiber formation, providing insights on the nanoparticle structure. The research was published last October in Proceedings of the National Academy of Sciences.

Also in 2018, a study presented in Nature Communications described a sort of molecular clamp that binds the silk protein building blocks, which are called spidroins. The researchers observed for the first time that the clamp self-assembles in a two-step process, contributing to the extensibility, or stretchiness, of spider silk.

Another team put the spider silk of a brown recluse under an atomic force microscope, discovering that each strand, already 1,000 times thinner than a human hair, is made up of thousands of nanostrands. That helps explain its extraordinary tensile strength, though technique is also a factor, as the brown recluse uses a special looping method to reinforce its silk strands. The study also appeared last year in the journal ACS Macro Letters.

“These new methods allow us to generate new protein designs that do not naturally exist and which can be explored to optimize certain desirable properties like torsional actuation, strength, bioactivity—for example, tissue engineering—and others,” he said.

Meanwhile, Lewis’ lab has discovered a method that allows it to solubilize spider silk protein in what is essentially a water-based solution, eschewing acids or other toxic compounds that are normally used in the process.

That enables the researchers to develop materials beyond fiber, including adhesives that “are better than an awful lot of the current commercial adhesives,” Lewis said, as well as coatings that could be used to dampen vibrations, for example.

“We’re making gels for various kinds of of tissue regeneration, as well as drug delivery, and things like that,” he added. “So we’ve expanded the use profile from something beyond fibers to something that is a much more extensive portfolio of possible kinds of materials.”

And, yes, there’s even designs at the Synthetic Spider Silk Lab for developing a Spider-Man web-slinger material. The US Navy is interested in non-destructive ways of disabling an enemy vessel, such as fouling its propeller. The project also includes producing synthetic proteins from the hagfish, an eel-like critter that exudes a gelatinous slime when threatened.

Lewis said that while the potential for spider silk is certainly headline-grabbing, he cautioned that much of the hype is not focused on the unique mechanical properties that could lead to advances in healthcare and other industries.

“We want to see spider silk out there because it’s a unique material, not because it’s got marketing appeal,” he said.